During the Nazi occupation, Muslims aided efforts to hide the origins of the local Jews, preventing the extinction of a community 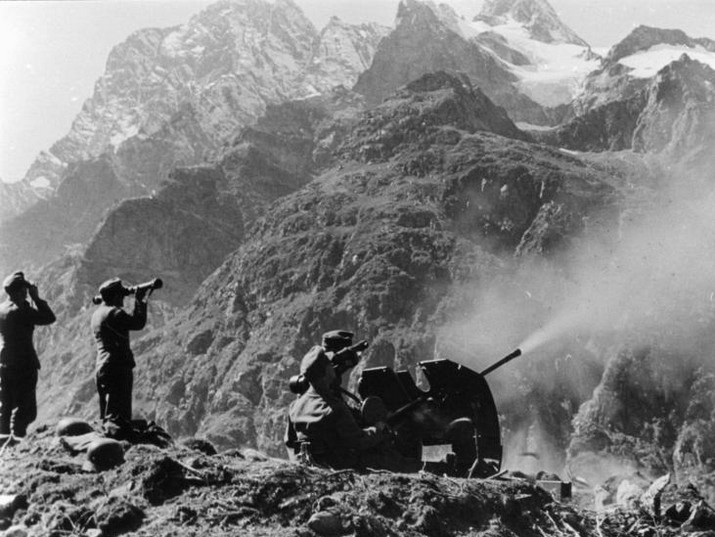 In July of 1942, the German Wehrmacht began occupying territories in the northern Caucasus. Although this occupation lasted only a few months, the Jewish communities of the area were severely impacted. In villages such as Bogdanovka and Menzhinsky, where there were collective kolkhozes of Caucasus Jews (or “Mountain Jews”) and Ashkenazi Jews, large scale massacres were carried out by firing squads.

At first, the Nazis didn’t treat the local Jewish population any differently. They thought that their fate should be similar to that of the European Jews. The term “Mountain Jews”, commonly used by the Russians, disclosed the community’s origins. However, when German forces conquered the city of Nalchik, there were those who tried to challenge the community’s Jewish identity, in a desperate attempt to save it.

At the time, there were thousands of Jews in the city. With heavy bombardment underway, the Nazis ordered the Jews to register with the SS unit that accompanied the German military. The esteemed Efraimov and Shaulov families were the first to be executed. A group of local Jewish leaders, headed by Markel Shaulov, tried to save the community from the threat of annihilation by attempting to convince the Nazis that the Mountain Jews weren’t actually part of the Jewish race. They instead claimed to belong to the Tat people, one of the various ethnic groups living in the Caucasus.

As part of this effort at benevolent deception, the Jewish leaders made use of their excellent relationship with the local Muslim community. The head of the Kabardino-Balkarian National Council appealed to the Nazi command and requested that they treat the Mountain Jews as one of the ethnic communities of the Caucasus.

The German army, which, for political and military reasons, adopted a cautious approach toward the local Muslim population, delayed execution of the order instructing the annihilation of the city’s Jews for a period of two months. During that time, German research institutes, headed by the Reich Genealogical Office, studied the issue. Questions were raised regarding common origins with European Jews, while religious symbols, literature, traditional clothing, customs, and spoken language were also examined. The entire Jewish community tried to cover up any indications of its true identity. Many Jews hid and buried books and sacred objects in the courtyards of their houses.

During this period, a famous event transpired, which is mentioned in several autobiographical accounts of the period. These accounts concern an attempt to secretly remove Torah scrolls from the local synagogue. A group of men, led by the city’s chief rabbi, Nachmiel Amirov, staged a funeral in order to conceal the Torah scrolls and bury them in the ground, while wrapped in funeral shrouds. The fictitious funeral procession advanced toward a cemetery which was located near German headquarters. In order to keep the Nazi SS officers away, the funeral organizers convinced them that the deaths were the result of a typhoid epidemic, which had indeed become widespread during World War II. These rumors of disease caused the SS soldiers to keep their distance, and the Torah scrolls were successfully buried.

The efforts to delay the resolution of the question of the community’s Jewishness finally saved most of the city’s Jews. It wasn’t long before the German army had to withdraw its forces from the Caucasus, following its defeat in the Battle of Stalingrad. However, during this brief period of occupation, the Nazis were able to loot property, harass Jews, and send many to forced labor.