Martha, Daughter of Boethus, Who Died From Stepping Out Onto Jerusalem’s Streets

Home > Jewish Culture > Martha, Daughter of Boethus, Who Died From Stepping Out Onto Jerusalem’s Streets
Judaism

More delicate than the princess from "The Princess and the Pea", more spoiled than a Kardashian. Among the Talmudic legends surrounding the destruction of ancient Jerusalem is the strange story of a wealthy woman who was unaccustomed to contact with the outside world. Why did the Talmudic sages choose to focus on this particular tale with an odd Yom Kippur connection, and is there a modern lesson to be learned from it? 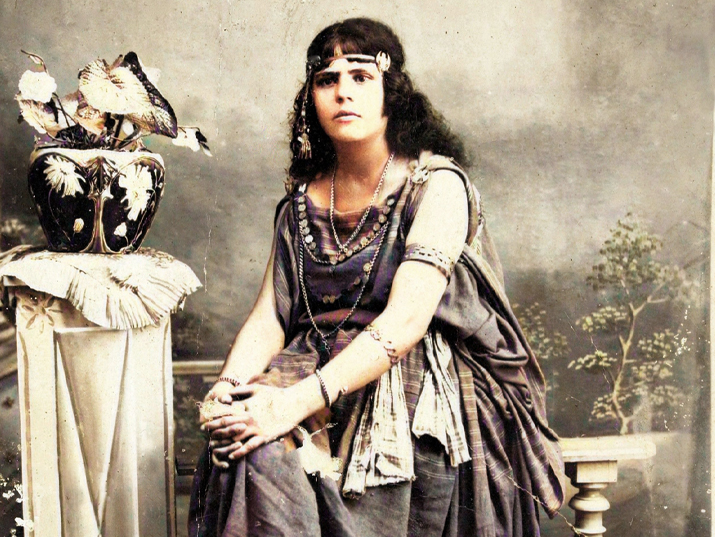 Martha daughter of Beothus spent most of her time at home, among the servants and extravagances reserved for a woman of her status. But once a year, on Yom Kippur, she would leave the comforts of her house and make her way to the Temple to see her husband, the high priest, lead the ceremony in front of the Holy of Holies. On Yom Kippur it is forbidden to wear leather sandals, which meant that Martha daughter of Boethus had to go out into the street barefoot. But Jerusalem’s dirty streets were not worthy of her delicate feet, and so, according to the midrash, on Yom Kippur the servants would lay a carpet across the city just for her. A carpet on which only she would walk, from the threshold of her house all the way to the Temple, just so that her precious feet would not have to touch Jerusalem’s dirty cobblestones.

But then came the Roman siege. Little by little, food disappeared from the marketplace and Martha daughter of Boethus’ money too became worthless. Day after day she sent her servant out to purchase food but day after day he returned empty handed. There no wheat flour, no barley flour and not even bran to be had.

Marta daughter of Boethus decided that there was no other choice, she would have to go out herself. She would to go down into the city, out among the people and search for something to eat, or else she would surely starve.

She was in such a hurry that she went out barefoot. Yes, the woman who never dared to venture out onto the streets of Jerusalem without a carpet being laid in her honor, now stepped outside barefoot.

One can only imagine the streets of Jerusalem at the time. The siege weighed heavily on the city No one could enter, no one could leave. There was no food or water to be had anywhere, chaos reigned and sewage flowed in the alleyways. As fate would have it, the moment she put one foot outside her door, Martha daughter of Boethus stepped on a piece of dung and died. Or, as the Talmud put it, “Dung settled on her leg and she died.”

Why did Martha daughter of Boethus perish so suddenly? Did she die of disgust, or perhaps from anxiety?

Clearly, with this story the Jewish sages intended to criticize the elitism, corruption and detachment of the wealthy priestly families from the people. The rich priestly class had become so remote and aloof that they did not see the hunger, suffering, pain, and poverty all around them until it was too late, until it was impossible to save the city and its people.

In the Babylonian Talmud (Tractate Gitin, 56a) Martha daughter of Boethus’ story is preceded by a tale about three rich men—Ben Tzizit Hakesset, Nicodemus Ben-Gurion, and Kalba Savua —who chose to donate food to the residents of the city to help them withstand the siege. Martha daughter of Boethus on the other hand, does not make good use of her wealth. She keeps the money for herself, which is perhaps the very reason it ultimately cannot save her. Her vast riches—wealth belonging to her priestly family—are worthless.

There is another aspect of this story that relates to Martha’s place in society as a woman. Women of that time were often restricted to the home. Hence, Martha daughter of Boethus, whose feet were accustomed to only the softest and cleanest surfaces, was ill prepared to deal with reality as it was, as she never encountered the real world. Thus, one interpretation of the dung in this story is that it symbolizes life’s difficulties, the complexities and challenges we face in our everyday life. Martha daughter of Boethus simply did not know how to cope with these.

Embedded in the story is an idea that connects to our own times, and one that could account for the story’s inclusion among the legends surrounding the destruction of the Temple. Martha daughter of Boethus was only ever exposed to people like herself, of her echelon. She never rubbed shoulders with the outside world. She never met men and women of different classes or who held religious or political outlooks different from her own.

The first time she goes out into the real world and is forced to grapple with the rest of Jerusalem society, she is suddenly overwhelmed, to the point of death.

A possible interpretation of the story of Martha daughter of Boethus, is that it contains a lesson teaching us to be receptive to the world, encouraging us to meet one another face to face. Perhaps the sages are even calling us to confront complex and painful issues head on, as opposed to shielding ourselves (or our children) from life’s difficulties. If we do not meet with each other, get to know each other, our resilience as a society may be undermined, the Talmud hints to us. If we dare not look directly at each other, we may find ourselves alone, and without the ability to cope when we are under siege.

The story of Martha daughter of Boethus reminds us to take down the barriers that divide us and to learn to live together, to discover how we can simply meet, face to face.