"One becomes two, two becomes three, and out of the third comes the one as the fourth," so goes the axiom of a sage of Alchemy, Mary the Jewess, quoted throughout the writings of the magical-science and as mysterious as the alchemical process itself. 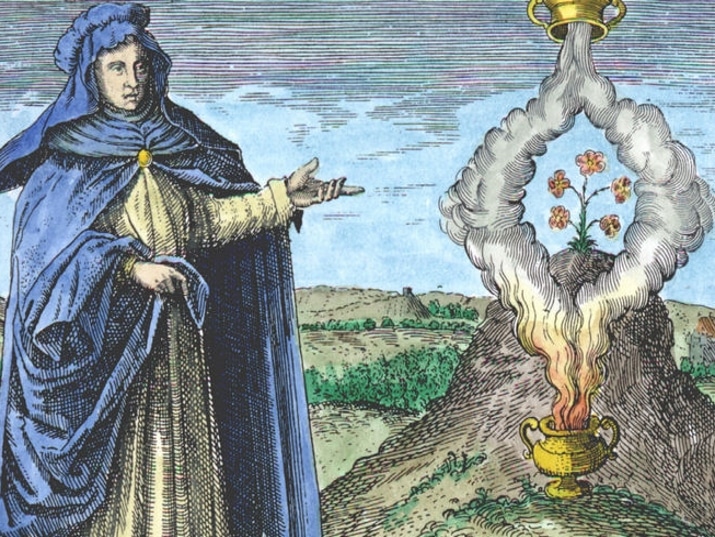 Alchemists from the mythic Hermes Trismegistus to Isaac Newton sought to transmute lead into gold. It was believed that through the transformation of the material, they could attain wisdom beyond the limitations of man and create great works that would transmute themselves closer towards divinity through the Philosopher’s Stone and the Elixir of life.

None of that could be done without an ancient alchemist named Maria.

Recorded in the annals of ancient Alchemists, such as Zosimus of Panopolis, is Maria the Jewess, also called Maria the Prophetess or Maria the Hebrew, who lived in ancient Egypt around the first century CE.

She is credited with inventing an alchemical apparatus’ that copied the process of distillation in nature, what the alchemists believed provided the bedrock for the creation of gold in nature. This apparatus would become a staple in modern chemistry labs.

You probably know it as Mary’s bath, the Bain-Marie, which you can find in your kitchen.

We do not know much about Maria herself but she is thought to have started an academy in the city of Alexandria, where she taught alchemy. Like nearly every alchemist ever, Maria worked tirelessly to create or transform gold from base metals from the Earth.

One the key stages in the alchemical process of transmuting base metals into gold is the distillation,  a process which Maria is said to have perfected. It is described in the Emerald Tablet (the key writing of alchemy) as: “It rises from Earth to Heaven and descends again to Earth, thereby combining within Itself the powers of both the Above and the Below.”

Maria the Jewess is also known for coining other alchemical sayings beyond her axiom.

“Just as a man is composed of four elements, likewise is copper; and just as a man results from the association of liquids, of solids, and of the spirit, so does copper.”

“Join the male and the female, and you will find what is sought.”

As the scientific revolution progressed from alchemy to chemistry, glassware and copper tubes continued to be used in the process of distillation, for purposes that had nothing to do with gold. You may have had whiskey made through this process, and one hopes you have double boiled chocolate with it at some point.