In Disguise and Under a Watchful Eye: The Heroic Story of Libyan Immigration

Illegal border crossings, forged documents and sham marriages: The struggle of Libyan Jews to immigrate to Israel prior to the establishment of the State 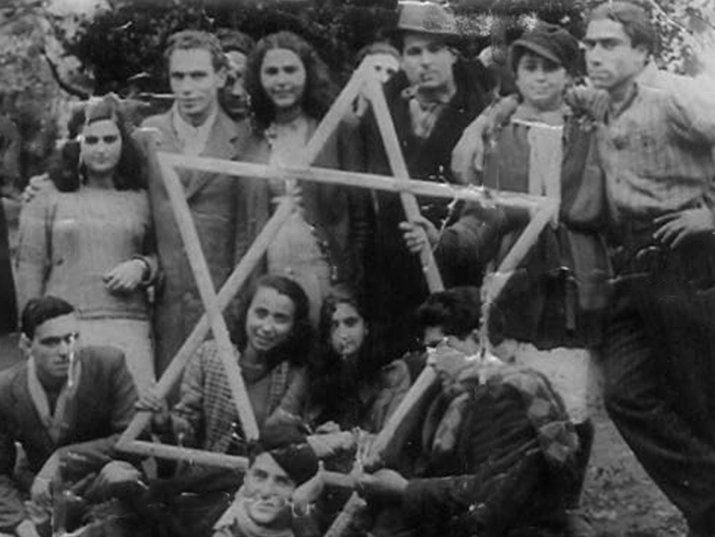 Libyan Jews began immigrating to Eretz Israel as early as the 1920s. Notably, in 1923, Eliyahu Falah led a group of eleven youths to Mandatory Palestine. The Libyan immigration rate continued to rise throughout the 1930s. Due to the policies outlined in the British White Paper (1939), Jews had to be smuggled into the Land of Israel through Egypt. With the assistance of members of the armed Jewish organizations, the immigrants crossed borders illegally, forged documents and permits and set up sham weddings, all in a desperate effort to reach the Promised Land.

Following the Libyan anti-Jewish riots of 1945, illegal immigration sharply increased. This happened despite a rigid British policy, which disallowed the issuing of exit permits from Libya as well as entry permits into Palestine. Illegal immigration was a desperate answer to the uncompromising policy, and it was carried out through scorching deserts and on turbulent seas. Prospective illegal immigrants traversed Tunisia disguised as Arabs. With the assistance of Tunisian Jews, they passed into France or Italy, before continuing to Palestine. They navigated the Mediterranean to reach these countries using any means necessary, including forged medical, business, student or tourist visas. They often boarded commercial cargo vessels as stowaways or disguised themselves as crew members.

Illegal immigrants who were caught by the British on their way to to the Land of Israel were exiled to internment camps in Cyprus. Those who were able to reach the shores of the country immediately joined the armed organizations.

Members of the Zionist movements were sought out in Libya by Yisrael Gur (known as “The Uncle”), a representative of the “Mossad Le’Aliya Bet”, a branch of the Haganah dedicated to immigration.

While Gur handled much of the Libyan side of the operation, Haim Fadlon (Ciccio) and Klimo Adadi operated out of Italy and began organizing ships of immigrants to smuggle groups of youths (organized by Joseph Gueta) into the country. These Hebrew-speaking, military-trained Zionists, served as guides for the immigrants on their way to Mandatory Palestine.

Some 3,500 Libyan Jews reached the Land of Israel through illegal immigration, a number which constituted about 10 percent of the total Jewish population in Libya at the time. This phenomenon was unmatched in other Jewish communities.