Some of the Israeli public opposed the establishment of relations 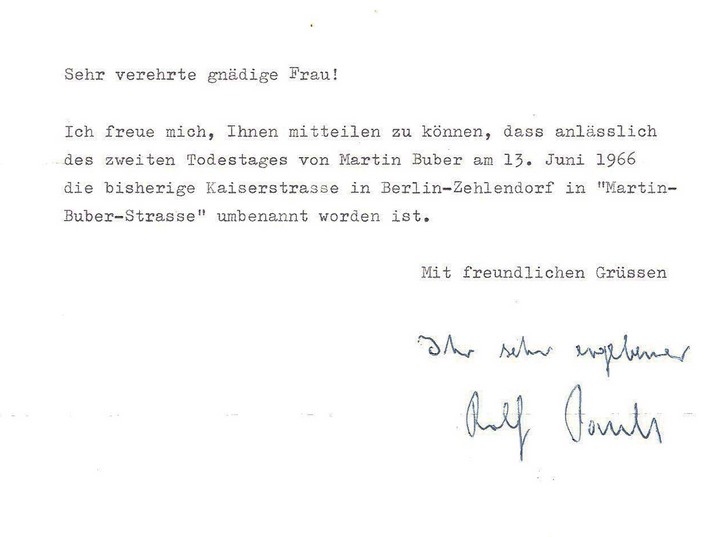 After the agreement to establish diplomatic relations between Israel and Germany, it was necessary for the decision to assume a practical form. The first Israeli ambassador to Germany was Asher Ben Natan (1921-2014), a native of Vienna, while Germany sent Rolf Pauls (1915-2002) to Israel. Some of the Israeli public opposed the establishment of relations and especially the appointment of Pauls due to his activities from 1933 through 1945. Pauls was already an officer in the Nazi Wehrmacht in 1934 and went on to fight in World War II, where he was gravely wounded, ultimately receiving the prestigious Knight’s Cross military honor. After the war, he began studying law, and later became part of the West German diplomatic corps

The Israeli press covered Pauls’ appointment and arrival, as well as his first activities as ambassador. The Davar newspaper, reporting about the West German diplomat’s first speech on the front page of its August 12, 1965 edition, quoted Pauls as saying, “I come with a single thought in mind: The Germans and the Jews are living with a horrific past that cannot be forgotten, that must not be forgotten, and that we are not forgetting. But I think that there is a future for the Jews and the Germans, and our generation must pave the way to a clear future of freedom, peace and justice together.” Pauls’ words clearly reflect that at the official level, Germany viewed the State of Israel first and foremost as the Jewish state, and approached every issue accordingly. During his three years as ambassador, Pauls tried to advance economic and cultural ties between the two countries. Throughout his tenure, he proved to be a skilled diplomat in the complex and charged role with which he was vested. He later served as the West German ambassador to the United States and China.

Immediately after the death of philosopher Martin Buber in 1965, a motion was put forth to name a West Berlin street in his honor. A small street in Berlin-Celendorf was selected, which had previously been called Kaiserstrasse (in honor of the Kaiser). When the formal process was completed, the new name was given on June 13, 1966. A year after Buber’s death, Rolf Pauls sent notice to Martin Buber’s daughter, Chava Steinitz (née Strauss), announcing the change in the street’s name. The embassy clerks were apparently not yet proficient in Hebrew names, and slightly misspelled Steinitz’s name; they also mistakenly noted that the ceremony took place two years after Buber’s death. Today, many German cities have streets named after this important Jewish philosopher.

The letter displayed here reached the National Library’s archives approximately two years ago, together with many other letters, as an addition to the Aryeh Ludwig Strauss Archive. 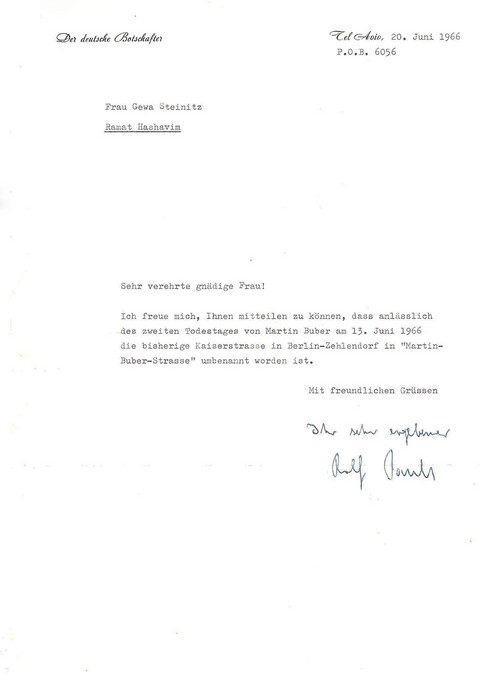