With the return of Jews to England in the 17th century, the developing community’s members surprisingly saw no need for a Jewish printing house. The first printed book was published decades later and only in the wake of a controversial internal dispute… 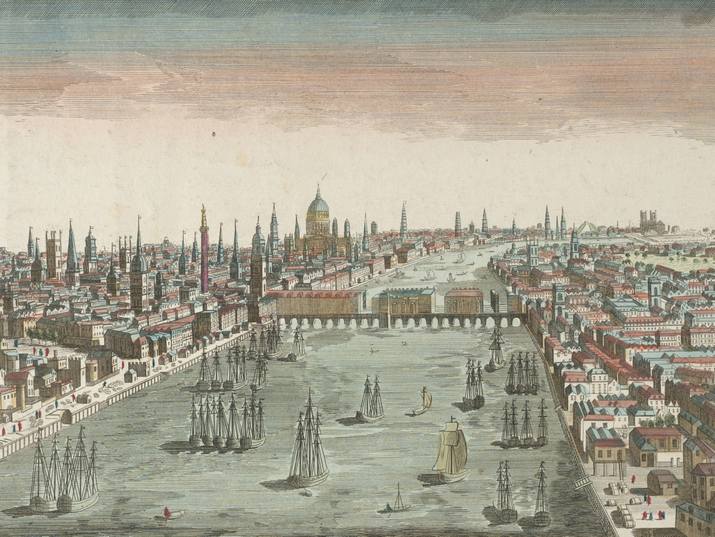 Not many years after Johann Gutenberg invented the printing press in the mid-15th century, printed books began to appear targeting Jewish audiences. In Spain, Italy, the Ottoman Empire and other places, Jews could enjoy scholarly texts and prayer books that were either printed in their own countries or imported from other places.

This important development skipped over England.

The Jews, expelled from its shores in the year 1290, were only allowed to return in 1656. Even after their return, primarily from Holland and Germany, there was no rush to establish a printing house to publish new or existing books for the Jewish community’s own purposes. For decades, Jewish books continued to be brought over from the continent.

A handful of works featuring Hebrew print were published in England before the Jews were allowed back into the realm, but these were usually individual words or brief Hebrew passages printed for Christian scholars who were interested in the language or in the early roots of Christianity.

The first book published in England to include Hebrew letters was Oratio de laudibus & utilitate trium linguarum: Arabicae, Chaldaicae & Hebraicae. This was a printed copy of a lecture given by Robert Wakefield, a scholar and lecturer at the Universities of Cambridge and Oxford. The lecture was delivered in 1524 and printed soon after in London. Later, books featuring Hebrew words were also printed in Oxford and Cambridge, among them several books on Hebrew grammar and language. The first complete Hebrew text to be published was a translation of the Book of Psalms in 1643. The next twenty years saw the printing in England of Maimonides’ Commentary on the Mishnah, Maimonides’ Laws of Repentance, and the Mishnah tractates Berakhot and Yoma. All of these were intended for Christian scholars of one sort or another.

The first publication in Hebrew intended for the Jews of England was only published in 1705, in response to an acute controversy that had engulfed London’s Sephardic community.

The community’s rabbi, David Nieto, was born in Venice in 1654. He studied medicine at the University of Padua after which he worked as a physician, rabbinical judge and rabbi in the city of Livorno. It was in Livorno that he wrote his first work entitled Pascalogia – a study in Italian that dealt with efforts to determine the date of the Christian festival of Easter and the differences between the Catholic, Greek and Jewish calendars. He dedicated the work to a powerful Italian nobleman – Francesco Maria de’ Medici, a member of the famous family from Tuscany. Throughout his life, Rabbi Nieto continued to grapple with matters related to the Jewish calendar.

In 1701, Rabbi Nieto was invited to serve as the leader of the Sephardic community in London on the condition that he promise to not practice medicine there. Shortly after his arrival he had already composed and published a prayer for the success of King William III in Spanish.

One Shabbat in November 1703, a few days before Hanukkah, Rabbi Nieto gave a sermon in which he stated, among other things, that God and “nature” are one. Even today, these words might seem provocative and even offensive to some, but for English Jews in 1703, most of whom had come to London from the Netherlands, the rabbi’s words had a particularly negative resonance.

Some who were present at his sermon must have been familiar with their Dutch Jewish compatriot Baruch Spinoza, a philosopher whose views were contrary to the principles of Judaism. Among other things, Spinoza (like other philosophers of his time) claimed that nature itself was the true God, not the spiritual entity accepted by Jewish believers. This worldview, known as pantheism, claims that God did not create the universe, but that the universe and the laws of nature are an infinite entity that creates and animates reality. According to this view, the concepts of reward and punishment, good and evil, as well as personal providence, do not exist.

For some listeners, Rabbi Nieto’s sermon was an expression of heresy, in the spirit of Spinoza.

Some members of the London community expressed concern and even anger at the words of their new rabbi. The climax came when a member of the congregation, Yehoshua Zarfati, refused to take part in a wedding attended by Rabbi Nieto on the grounds that he was an apostate. In response to the division and strife that arose in the community, Rabbi Nieto published his book De La Divina Providencia on the subject of divine providence. The book contains a dialogue between two Jews, Reuven and Shimon, in which one explains to the other the principles of individual providence and God’s relationship to nature. The book was published in London in 1704. It was written in Spanish and surprisingly, was never translated into Hebrew.

In his book, Rabbi Nieto claimed that the very use of the word “nature” (teva טבע, in Hebrew) was new to Judaism, in circulation for only a few hundred years. Before that, there had been no need for a word to describe God’s creation. It was only after Greek philosophy became known to the Jews through its translation into Arabic that the need arose for an appropriate term with which to contend and debate with those holding other scientific and philosophical opinions. Rabbi Nieto emphasizes that God and nature are the same and cites Psalm 147:

Sing to the LORD with thanksgiving, make music to our God on the harp; He covers the sky with clouds, he supplies the earth with rain, and makes grass grow on the hills.

Nature’s meaning is “providence” and providence is divine. Those who claim otherwise, says Rabbi Nieto, are “Karaites and apostates.”

The book did not do what its author had hoped and the storm did not subside even after the rabbi’s opponents were banned and some members of the community expelled from the synagogue.

In August 1705, a letter arrived in London from the Hakham Tzvi, in which he placed his full support behind Rabbi Nieto.

In his answer, he quoted from 16th-century Italian preacher Rabbi Judah Moscato’s commentary “Kol Yehuda” on the Sefer HaKuzari (“Book of the Khazar”) by Judah Halevi.  Moscato explains that the Hebrew root teva – that is “nature” – also appears in the Hebrew word hatba’ah (הטבעה), meaning the act of imprinting or stamping. The context here being the stamping or imprinting of the seal and very essence of God, the Holy One, blessed be He, on all of His deeds and creations.

In his answer, Rabbi Moscato discusses the semantics of the Hebrew word teva, “nature” and the differences between general nature and individual nature in the context of divine providence. The issue was a theologically and philosophically complex one, but the Hakham Tzvi saw no point in delving more deeply into the matter since the purpose of the correspondence was mainly to hear his opinion about Rabbi Nieto. Hakham Tzvi reassured those who feared the use of the word “nature” in relation to God and noted that other great rabbis, such as Rabbi Isaiah Halevi (1555–1630), also used “nature” in this way in their writings.

The Hakaham Tzvi concluded his answer with the following words:

“We must give thanks to the wise and exalted Rabbi David Nieto for the sermon he preached warning the people not to let their hearts follow the opinion of the philosophers who speak of nature for this has led to many faults and rather enlightened them with his true belief that everything is by His blessed providence.”

This letter sent by the Hakham Tzvi was printed at a non-Jewish printing house in London and distributed by the community’s leadership among the Jews of London in 1705. Although comprising only a few pages, and not an actual book, it was the first publication in Hebrew to be published in England explicitly for a Jewish audience. Later, the letter was also printed in a book of Hakham Tzvi’s halakhic responsa (questions and answers about Jewish religious law).

The controversy subsided and the life of the London Jewish community returned to normal. In the end, it had all been either a simple misunderstanding on the part of those who had come to hear Rabbi Nieto’s sermon or an unclear explanation of a charged philosophical issue.

Two years later, two slightly longer books were printed in Hebrew. In this case as well, the books were published in the wake of a debate that arose in the community. Only this time it involved the Ashkenazi community of London, but more on that another time…