Eating by Example on Yom Kippur, an Epidemic Story

When cholera ran rampant, saving lives superseded all else 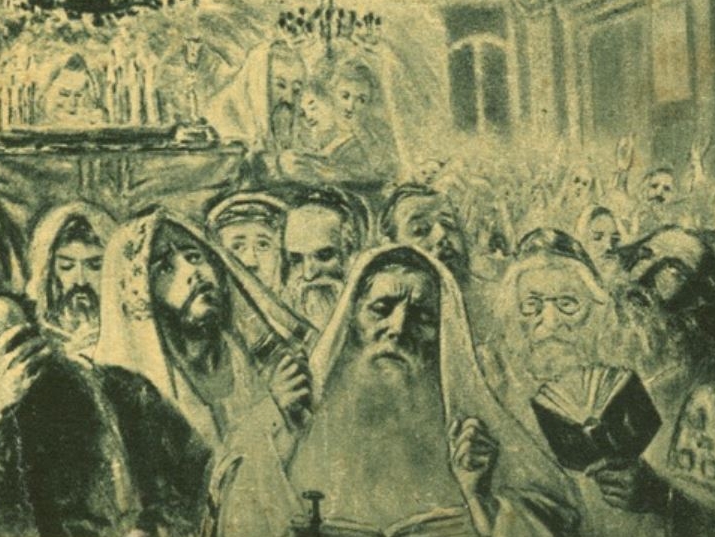 It once appeared in an Israeli newspaper and had the elements of a good story.

An epidemic.  A famous rabbi. Public eating on Yom Kippur to prove a point.

The epidemic took place somewhere in Europe, sometime in the 19th century.

The protagonist was Rabbi Meir Leibush ben Yehiel Michel Wisser, better known as “The Malbim”, the scholar, biblical commentator and crusader against non-traditional Judaism who was once imprisoned and exiled from Romania following particularly heated ideological disagreements with his co-religionists. Formerly chief rabbi of Bucharest, the aged scholar spent much of the end of his life on the road, including stops in Istanbul, Paris, Prussia and the Russian Empire.

According to the story, this staunch advocate of Orthodoxy commanded the normally forbidden act of eating on the holiest day of the year due to the dangers posed by an epidemic. The preservation of life, after all, supersedes virtually all other considerations and rules according to Jewish law.

When he realized that those attending synagogue had not listened to his instructions and were clearly fasting in any event, he had a bowl of grits and peas brought up to him. He made a blessing over his food and finished off the portion in front of his congregation, declaring:

“I said there is no obligation to fast at this time. ‘Preserving your lives’ overrides many commandments in the Torah, but I was nonetheless concerned that you would close your hearts and put your lives at risk, and so I had to serve as an example so that you would see me and do so yourselves…”

The story doesn’t seem to have been about the Malbim at all.

While a number of epidemics plagued Europe during his lifetime, a survey of works ranging from children’s stories about him to doctoral theses and scholarly books revealed no clear mention of this perhaps apocryphal story.

A nearly identical – and better documented – tale is told of another famous rabbi of the period, Yisrael ben Ze’ev Wolf Lipkin, better known as Israel Salanter, the father of the modern Mussar Movement, which emphasizes the centrality of ethics and personal morality and growth to Jewish practice.

Accounts of the Rabbi Salanter story, which took place in Vilna in 1848, differ.

Some closely mirror the very public display recounted above, with an additional element of the rabbi making blessings over wine and cake before partaking of both on the dais.  Though he doesn’t mention Rabbi Salanter by name, the well-known Hebrew author David Frischmann dramatized this version decades later in his short story “Three Who Ate“. Other accounts over the years, some first-hand, offer a more nuanced take on events where the rabbi encourages the infirmed to eat virtuously, but does not command everyone to eat, nor make a spectacle of it himself.

Cholera ran rampant in those years, killing some one million people throughout the Russian Empire in 1848 alone. In addition to the Yom Kippur ruling, Rabbi Salanter physically and practically helped those in need, instructing his many students to do the same.

While his story may be the most well-known and provocative, Rabbi Salanter was certainly not the only major rabbinic figure of the period to condone and even encourage eating on Yom Kippur by those at risk during the seemingly constant cholera epidemics of the 19th century.  They were, of course, not arbitrary decisions, but ones often made after intensive consultations with leading physicians and based on thousands of years of Jewish legal precedent emphasizing the preservation of life over pretty much everything else.

That precedent is clearly laid down in the Talmud – the seminal work of Jewish law, philosophy and lore – which also includes many cases of stories for which the sages themselves debate the protagonist’s identity.

Ultimately, some would argue, it often doesn’t really matter who did what, as the story itself and the accompanying lesson are what’s truly important.

It is possible that, like Rabbi Salanter, the Malbim once ate in front of his congregation on Yom Kippur.

Perhaps he did it in a less provocative and less memorable way.

Perhaps it never happened at all and perhaps that doesn’t really matter.