Walther Rathenau, one of Germany's wealthiest and most powerful men, was gunned down by radicals in 1922 and mourned by millions. A moving and timeless letter from his mother was read at the murderer's trial. 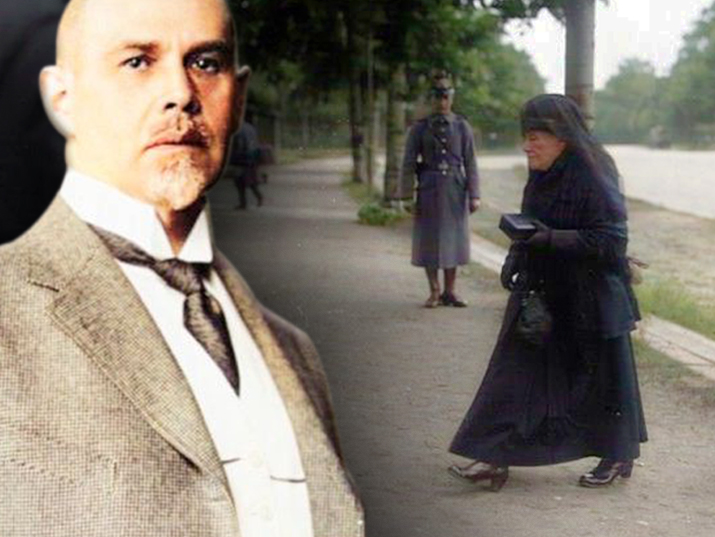 After her son's murder, Mathilde Rathenau championed forgiveness and reconciliation within German society, and worked to ensure that his legacy would be remembered (Bundesarchiv, Bild 183-L40010/102-00093 / CC-BY-SA 3.0)

In the first days of summer 1922, Germany’s only ever Jewish foreign minister was murdered. Millions mourned him and his mother soon found it in her heart to forgive the murderer, an antisemitic, nationalist radical.

The social and political atmosphere in the Weimar Republic of the early 1920s was both fragile and explosive as republicans, monarchists, socialists, communists, anarchists and other groups worked to implement their respective agendas… sometimes through the auspices of the still novel democratic process, sometimes by force.

Antisemitism often went hand-in-hand with political movements and ideologies, particularly those of the more nationalist persuasion. One such group, the Organization Consul (OC), was an avowedly nationalist and antisemitic organization, which aimed to destabilize Weimar democracy in order to establish a military dictatorship. Assassination was the OC’s method of choice and Walther Rathenau, the wealthy, powerful and Jewish foreign minister was perhaps the most obvious target in the Republic.

Months before the murder, there were explicit news reports that he was being targeted. According to Count Harry Kessler’s biography of the slain leader, just the day before Rathenau’s murder, the chief of police had warned him “that if he persisted in driving to his office from his residence on the outskirts of Berlin in a slow open car, no police in the world could guarantee his safety.”

Yet Rathenau did not heed the chief’s warning and around 10:45 in the morning on June 24, 1922, a Mercedes edged up next to his on the city’s Koenigsallee Road.  Rathenau was shot with a submachine gun, virtually at point blank range. A grenade was tossed into his car for good measure.

A young nurse named Helene Kaiser, who bravely attended to the slain foreign minister immediately following the attack, later recalled that “Rathenau, who was bleeding hard, was still alive and looked up at me. But he seemed to be already unconscious.”

He died shortly after.

Within hours, millions of Germans were mourning Rathenau, even if many disagreed with his politics or philosophy. The trade unions declared a general holiday early the following week. Massive marches took place across the country. A million marched in Berlin, hundreds of thousands in numerous other cities. His body was laid in state in the Reichstag, as the German leadership, alongside domestic and international dignitaries mourned his murder.

The level and type of national mourning was unprecedented in German history and widely compared to the aftermath of Abraham’s Lincoln’s assassination at the end of the American Civil War.

Rathenau was memorialized in various ways, though his official memory was all but erased upon the Nazis’ rise to power a decade after the assassination, when the murderers were celebrated as national heroes in his place.

Unfortunately, even in the direct aftermath of the attack, two of the three direct assailants escaped justice, as one was killed in a shootout with police and another took his own life rather than be captured. The third perpetrator, Ernst Werner Techow, who had driven the attack car, was later sentenced to fifteen years in prison.

At the trial, the defense read aloud a letter written by Rathenau’s mother to Techow’s. One contemporary writer beautifully described how Mathilde Rathenau’s words, “revealed the bleeding, agonized yet forgiving Jewish heart to a touched world”:

“In grief unspeakable, I give you my hand. You, of all women, the most pitiable. Say to your son that in the name and spirit of him who was murdered, I forgive, even as God may forgive, if before an earthly judge he makes a full and frank confession of his guilt, and before a heavenly one repent. Had he known my son, the noblest man earth bore, he had rather turned the weapon on himself than on him. May these words give peace to your soul.”