Priests, Rabbis and Sweets: A Bold Approach to Interfaith Relations 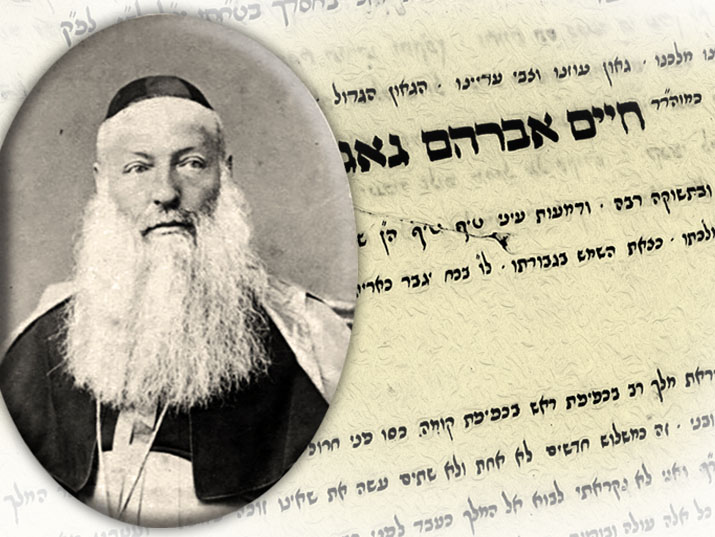 Rabbi Israel Moshe Hazan (1808-1862) was a fascinating and multi-faceted figure: a Talmudic sage, great orator, poet, and speaker of many languages. He believed in interfaith dialogue out of mutual respect, and spoke highly in praise of Christian leaders in Italy.

In his book Nahala LeIsrael (Vienna, 1851) he writes some rather extraordinary things, including the following (pp 46-47):

“Will the esteemed Jewish Roman congregation forget that from the day of the exile from their land, they were not forced to move from place to place, but rather were allowed to settle down in Rome? And they did not hear from any Pope (even during harrowing times) any decree to expel them from Rome.  […] our Christian brethren! Our Messianic lovers! Aren’t we brothers? Are we not two plants that feed off the same source, which is G-d’s Torah!  The Christian Apostles gave you the interpretation of the Messianic Christian religion, and our rabbinical ancestors gave us the interpretation of the Jewish religion.”

He goes on to praise Christian scholars:

“And truthfully I say, as I said in the past, ‘that the Christian scholars are genuine and science loving people, they judge fairly, they respect religion and religious people, always researching for the truth, and when they find it, I swear, they courageously make it publicly known. They stand like lions to defend the truth.'”

The words of Rabbi Hazan are very bold, and even today would be considered heresy in the eyes of many adherents to Jewish Orthodoxy. Nonetheless, the late Rabbi Lord Jonathan Sacks, former chief rabbi of the United Kingdom, wrote similar words in his 2002 book, The Dignity of Difference: How to Avoid the Clash of Civilizations, arguing that the time has come for religions to truly recognize that there is truth in each of them.

In the book, Rabbi Sacks claimed that “God has spoken to mankind in many languages: through Judaism to Jews, Christianity to Christians, Islam to Muslims”. One God must be believed in, but not in the existence of one religion. All three monotheistic religions, he claimed, express the divine truth in the world. The publication of the book caused significant controversy, forcing Rabbi Sacks to soften his words, and publish a revised second edition.

In a letter found in the Meir Benayahu Collection, I discovered an interesting practical implementation of Rabbi Hazan’s religious approach. The letter was written on December 16, 1847 in Rome, while Rabbi Hazan was serving as a rabbi there. It was sent to Chief Rabbi of Ottoman Palestine Chaim Avraham Gagin (1787-1848), more than simply a colleague to Rabbi Hazan, who had once referred to himself as “the humblest student of this great, holy, genius and famous Rabbi of all the Jews, Rabbi Gagin.”

In his letter, Rabbi Hazan tells Rabbi Gagin about his meeting with Pope Pius IX, who “received us with much love”, and about Senior Valerga (Giuseppe Valerga, 1813-1872), the new Latin Patriarch about to arrive in Jerusalem. He praises the Patriarch, and expresses his desire that the Chief Rabbi (also known as “The Rishon Letzion”) and the Catholic Patriarch of Jerusalem be “as if they are one”.

According to Rabbi Hazan, this friendship was only natural and desirable, because the religious leaders were “two great people, each one does his work in accordance with his forefathers’ tradition.” This sentence – comparing the work of the rabbi and his tradition to that of the priest – is unusual, its content surprisingly daring, especially given the historical and religious contexts.

Rabbi Hazan goes on to ask Rabbi Gagin to visit the Patriarch upon his arrival in Jerusalem, even giving a little tip on how to win his heart. After advising The Rishon Letzion on how to behave, including wearing nice clothes, coming with a respectable entourage, and giving advance notice, he suggests sending the Patriarch local sweets, which he will surely enjoy. Rabbi Hazan explains that Italians are known to love sweets, yet in Italy no one knows how to prepare them properly. The quality of Jerusalem’s Sephardic sweets, however, does not fall short of those made in Portugal!

Here is a partial translation of the letter:

“Today, I write to you about one of the most prominent of our Christian brethren. He is a priest who was sent by the Pope to be the Roman Patriarch of Jerusalem. This knowledgeable priest is well-respected and of great importance. He is well-versed in every field and knows all Eastern languages including Hebrew and Arabic. I spoke to him about you before his journey and I expressed my desire that you shall be friends and be together ‘as one’.

Both of you are great people, each in his service and tradition of his forefathers. And therefore, when you receive my letter, rise as a lion adorned in majestic cloth, you and your close ones, all of you dressed in formal attire, proceed to visit him.

Inform him of your visit a day or two before it happens. And if you send him some sweets occasionally I am sure he will derive satisfaction from it. The Italians are known to love sweets, and in Italy no one knows how to prepare them properly. Our varieties of Sephardic sweets are just as good, if not better, than those I saw in Portugal!”