Did a Woman Really Read from the Torah in the 15th century?

Home > Judaism > Did a Woman Really Read from the Torah in the 15th century?
Judaism

Leifheit bat Asher owned a copy of the oldest printed Jewish prayer book. Was she also called to the Torah? 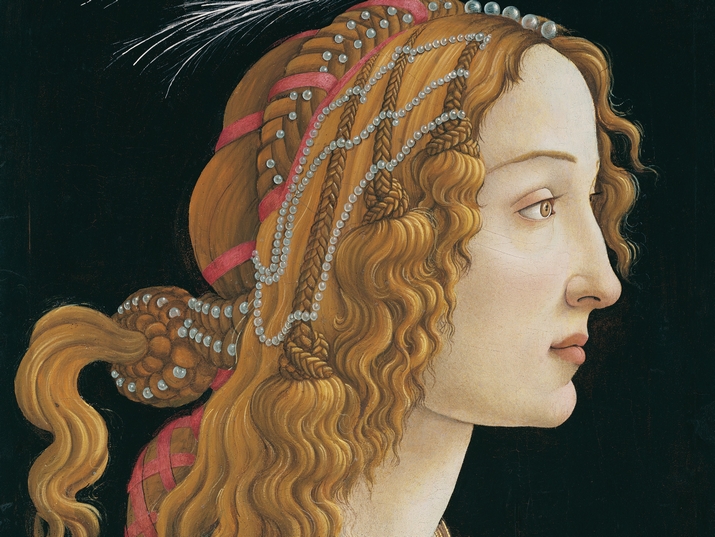 A copy of the world's oldest printed Jewish prayer book is held by the National Library of Israel. Leifheit bat Asher is just one of the women central to its story (Image: Portrait of a woman by Sandro Botticelli, ca. 1480 / Public domain)

A name scratched into the back of an old book can sometimes lead down a historical rabbit hole. In this case, it has introduced me to a woman about whom we know very little, other than that she was a member of a prominent Italian Jewish family in the 15th century and that she saw herself as worthy of being called to the Torah for the prestigious reading of the first Chapter of Genesis.

Our story begins with the first ever Hebrew prayer book printed with movable type and the women linked to it.

Most of the earliest printed Hebrew books – which appeared in the last third of the 15th century – were texts for study. One pioneering printer, Rabbi Meshulam Kuzi, decided to go a different route and print a prayer book. He opened a printing press in the small Italian town of Piove di Sacco, outside of Padua. Having created stunning Ashkenazi-style typesets, he planned to print many books, but ultimately succeeded in producing only two: a work of Jewish law entitled Arba’ah Turim, and a book of Selihos, special penitential prayers recited prior to and during the High Holiday period.

Published around 1475, this second book is the first known Hebrew prayer book ever printed. One copy is safeguarded as part of the National Library of Israel’s collection. 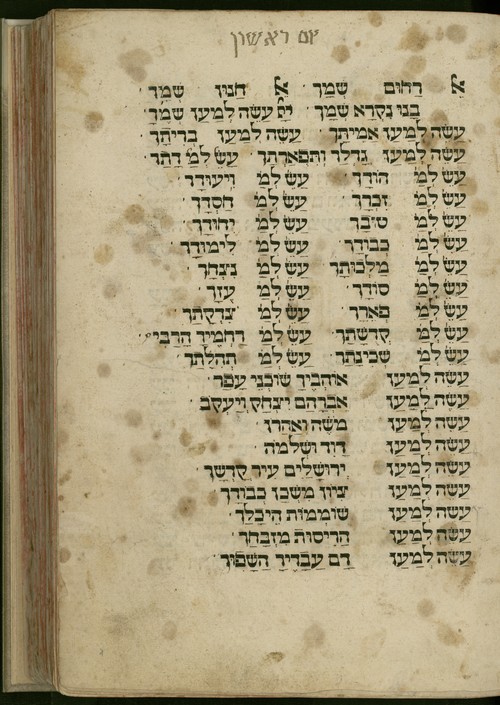 Women of the Book

At least three women are linked to this copy.

Rabbi Meshulam passed away while working on Arba’ah Turim and his wife Devorah completed the project. In rhymed poems appearing at the end of the last two volumes, she describes her role in the printing. Though the Selihot prayer book was probably completed prior to Arba’ah Turim, if she was able to take over the printing business after her husband’s death, it is almost certain that she was working in the shop alongside her husband while he was still alive.

Two other women were counted among the owners of the copy of the Selihot book currently held at the National Library. From an inscription on the very first page, we know that one “Mrs. Esther daughter of Rabbi Asher” owned it.

Was she literate enough to pen the calligraphic signature on the front page of the book, which includes a warning to potential thieves? Or did she pay someone to add the note? 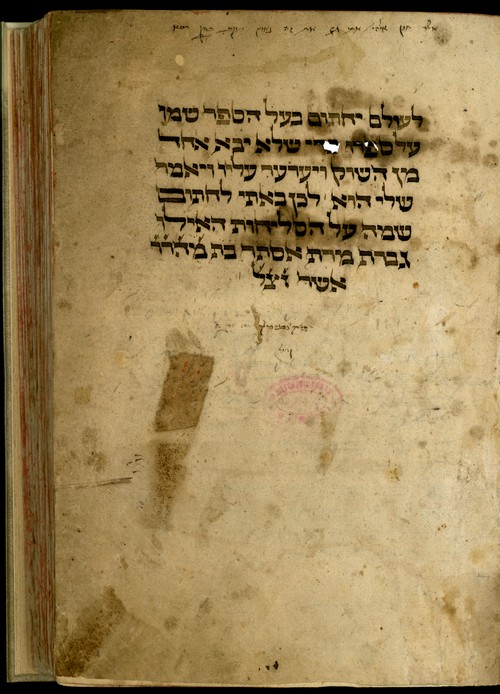 At the end of the book another inscription appears indicating that the book had also belonged to one “Leifheit daughter of Rabbi Asher”. The signature of a third owner, a man named Yaakov Hacohen Rafa, also appears.

Who are these three owners and is there any connection between them?

It turns out that there is.  After some information about the book was published on the National Library of Israel’s Hebrew blog and in the Israeli media, I received a call from a collector and dealer in rare Jewish books and manuscripts.

First, he informed me that one of the owners, Yaakov Rafa, was the father of the better known rabbi, scientist, doctor and renaissance man, Avraham Menahem ben Yaakov Hakohen Rappaport, who had extended the shorter last name, and authored the Biblical commentary Minhah Belullah.

More importantly, he said, he knew Leifheit bat Asher and her connection with Yaakov Rafa.

We met at the Library and he showed me a small but beautiful parchment manuscript Mahzor from late 15th or early 16th century Italy (along with a detailed description by renowned scholar Shlomo Zucker), which he graciously allowed the National Library to scan.

The Mahzor contains the special blessings for those called to the Torah on the holiday of Simhat Torah.

Rather than leave blank the name of the person called to the Torah as “Hatan Torah“, a distinguised honor bestowed upon a prominent community member, the scribe had included the name of the person who had clearly commissioned the manuscript: Yaakov ben Yekutiel Hakohen, otherwise known as Yaakov Hakohen Rafa, who once owned the Selihot prayer book. 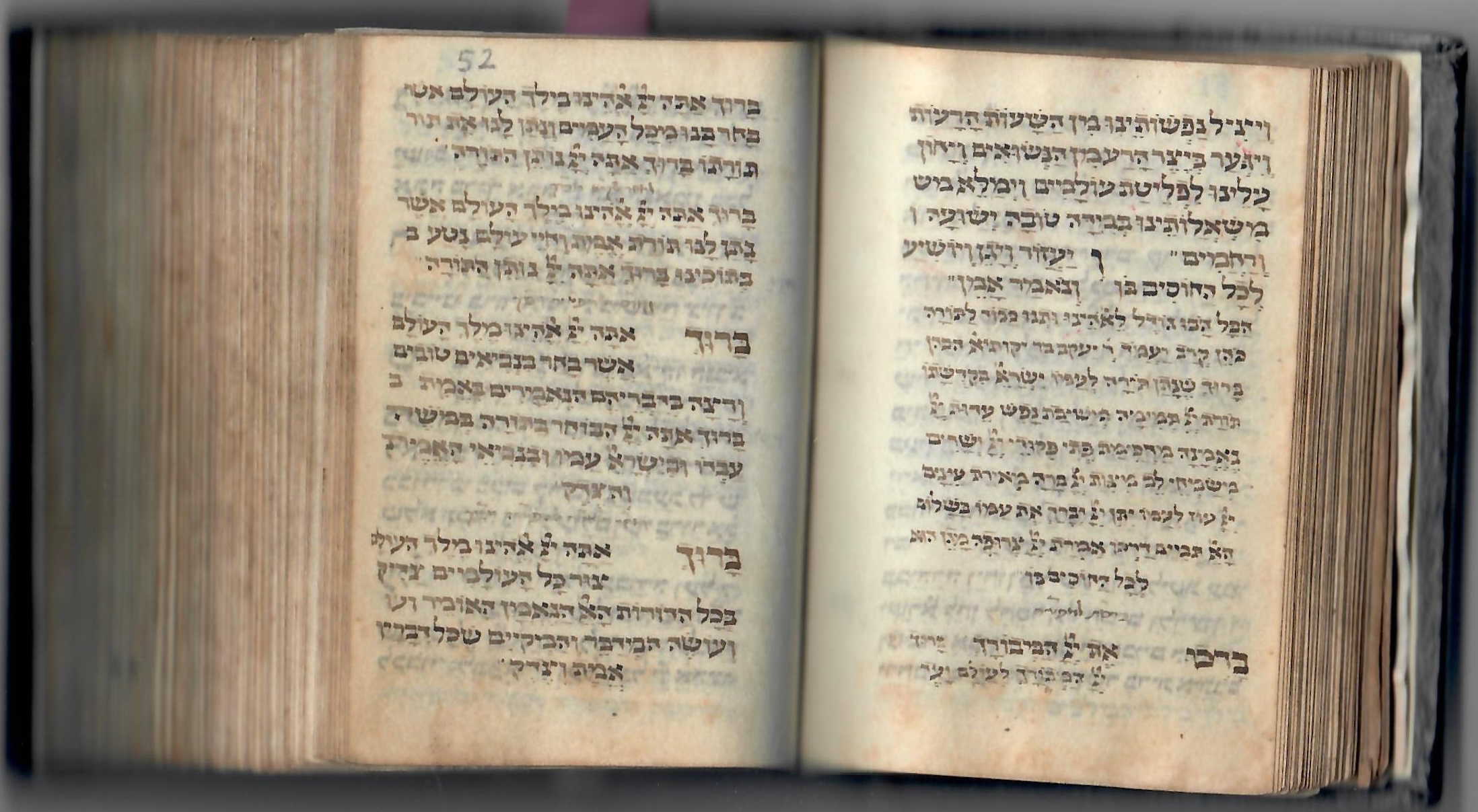 The very next page of the Mahzor includes the special blessings for the “Hatan Bereishit“, the other main honor of the holiday – the person called up to begin the new Torah reading cycle. There, the name had originally been left blank. Yet in slightly smaller script someone had filled in a name: Leifheit bat Asher. 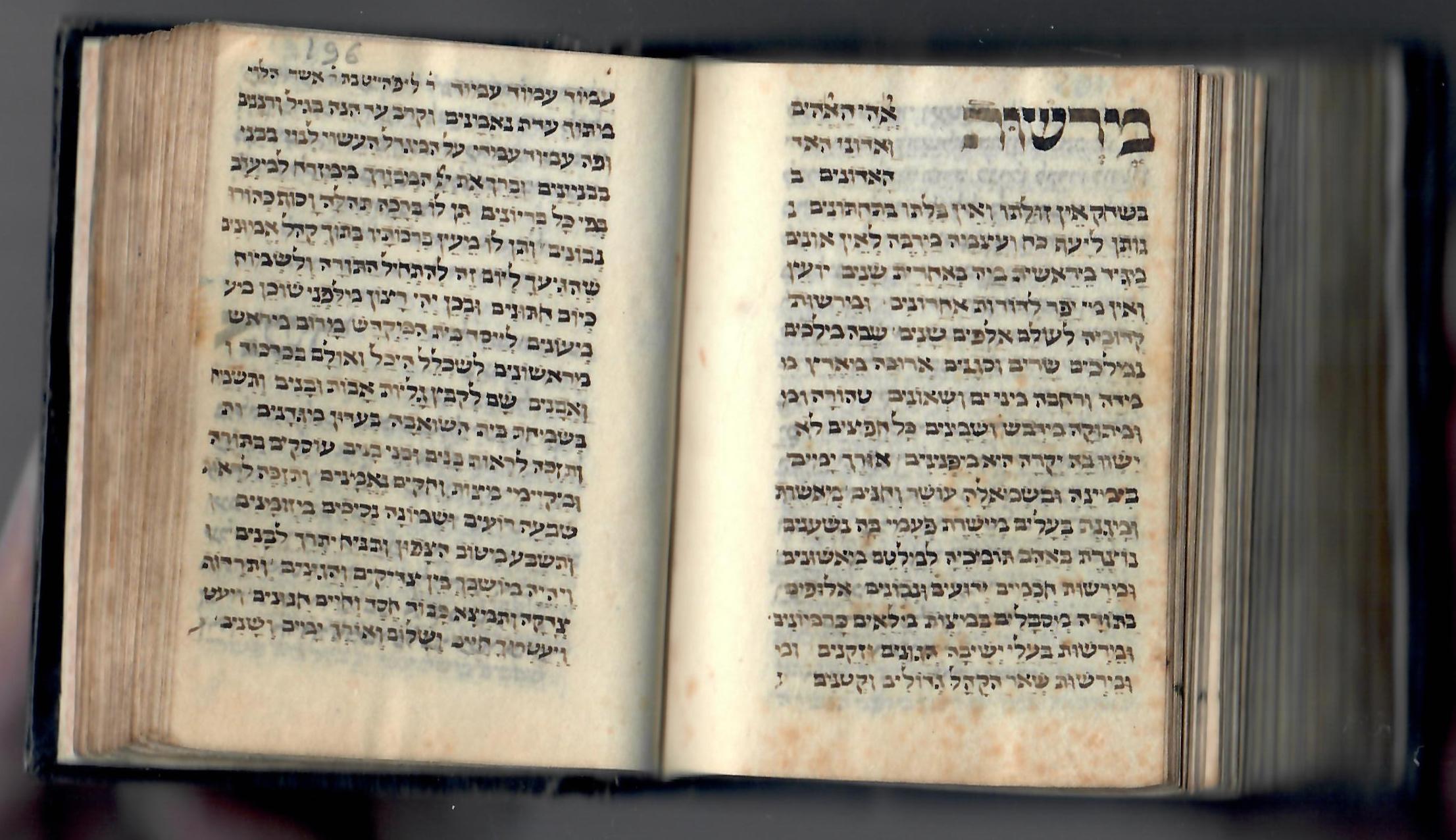 It is not hard to speculate about how her name got there.

It seems likely that Yaakov ben Yekutiel Rafa and Leifheit bat Asher were married to one another. The family was well off enough to commission a beautiful manuscript on parchment, and Yaakov had included his name in the first blessing, perhaps because he actually was regularly called up for that honor. Either he or she decided that her name would make a good addition to the second blessing, and her name was added later in slightly smaller script.

Was this merely a kind of owners mark or a sign of honor?

Did Leifheit ask or insist that her name be placed there?

Was she actually called up to the Torah?

Today, there are many communities – including some Orthodox ones – that allow women to be called to the Torah, but in 15th century Italy I know of no evidence that such a thing actually occurred – though women were certainly honored as part of community Simhat Torah celebrations. It seems more likely that her name was added to the blessing as a combination of ownership mark and respect.

Regardless, it seems reasonable to speculate that Esther bat Asher, signed on the first page of the Selihot book, is Leifheit’s sister and Yaakov’s sister-in-law.

Moreover, in some way the story comes full circle after discovering a connection between the Rafa family and that of Meshulam Kuzi, the owner of the printing house.

The Vatican library houses an early 13th century Hebrew manuscript Bible, carefully illuminated and copied. This Bible was bought and sold a few times, and the first page of the manuscript includes a handwritten contract sealing the sale of the volume on the 7th of  the Hebrew month of Heshvan 5227 (1467) in Venice, from one Moshe ben Tanhum to none other than “Meshulam who is known as Kuzi.” One of the witnesses to the sale is a Menahem Cohen Rafa, certainly a relative of Yaakov.

It turns out, however, that the Kuzi and Rafa families were not only friends; they were relatives. A Meshulam Kuzi is also mentioned in a 15th -16th century Halakhic work, the responsa of Mahari Mintz, who was active in Italy.  The responsum discusses the upcoming bar mitzvah of Meshulam Kuzi, the deaf grandson of Meshulam Kuzi the printer. Meshulam the younger is referred to by a longer name – Meshulam Kuzi Rafa Katz.

Did one branch of a larger family take the family name Kuzi and the other branch the name Rafa? Or did the families marry together at some point in the late 15th or early 16th century?

Could it be that a member of the Rafa-bat-Asher family bought the copy of the Selihot prayer book directly from the printer, their family friends Meshulam and Devorah Kuzi?

We do not know much more about these men and women, or the Selihot book’s other owners. Yet the book’s wear – as well as the numerous handwritten notes throughout it that re-assert words erased by Christian censors – emphasize the importance the book had for countless cantors and lay readers – including women – who used it following its publication at the very dawn of Hebrew printing some 550 years ago. 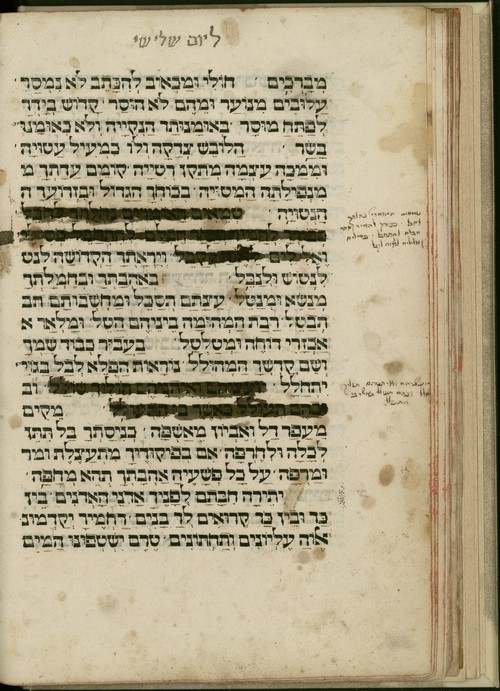