Emmy Noether faced many challenges on her way to fulfill her passion for mathematics, as an educated and Jewish woman in Germany between the world wars. 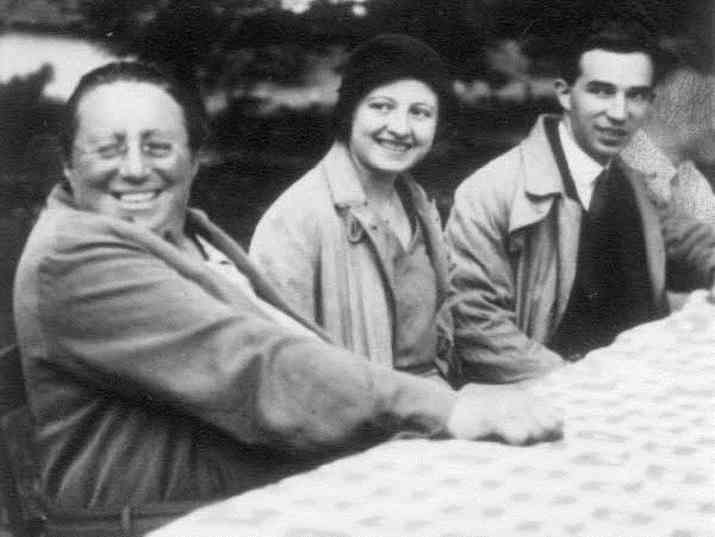 Professor Emmy Noether (on the left) with mathematicians at Göttingen, Spring 1931 From the Emmy Noether Mathematical Institute

The mathematician Amalie Emmy Noether was born in 1882 in Erlangen, Germany, to a traditional Jewish family with a passion for mathematics. Her father, Max Noether, was a renowned professor of mathematics, and her younger brother also worked in the field. Noether originally chose to study teaching – a track open to educated women at the time – and specialized in teaching languages. After completing her studies, she decided to dedicate herself to the family business of mathematics.

But how could she study mathematics at university when women were forbidden to do so? Noether came up with a solution. As she was forbidden from registering herself for studies, she attended lectures of the mathematics department as an observer. Many of the lecturers who taught her were friends and colleagues of her father’s. They were very impressed by the younger Noether’s mathematical prowess, and eventually allowed her to sit in on examinations for the courses she took. 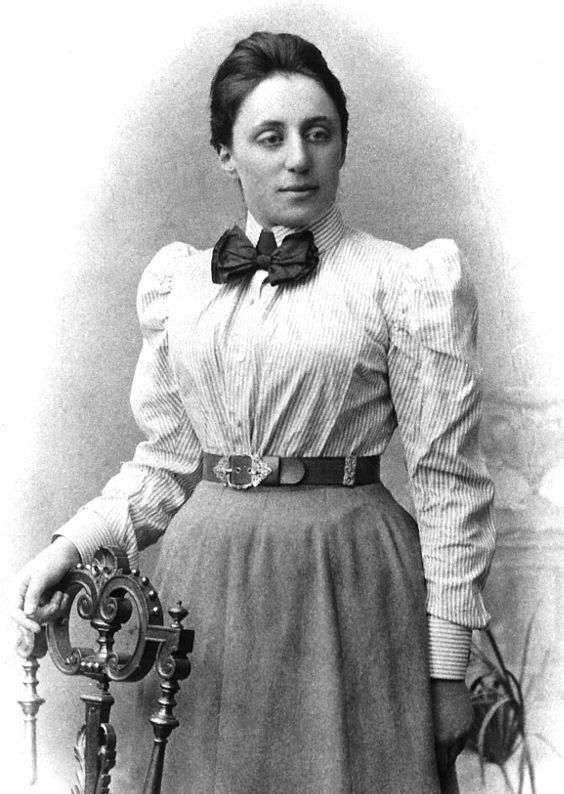 The Fight for Fulfillment

Noether did not make do with a mere certificate. She wanted to continue to study and teach in the field in which she excelled, but the only positions open to her were those of an unpaid teaching assistant. She couldn’t teach under her name, only under the name of other lecturers.

In 1915 she received an invitation from Felix Klein to join the mathematics department at Göttingen University, where the greatest mathematicians in Germany of the time gathered, at least until the Nazi rise to power. In Göttingen, Noether could teach, for no payment, under the name of the mathematician David Hillbert. Hillbert taught the first class of the course and Noether then taught the rest of the classes as a “teaching assistant”.

Her colleagues, Felix Klein and David Hillbert, tried to help her attain permission to teach at the university under her own name, and sent an application to the Ministry of Education requesting that Noether be given a position as an external lecturer. They expressed their concern that if Noether should not receive a permanent position, she will move to another university and Göttingen University will lose a talented mathematician. The response they received from the Ministry of Education proves that it was impossible for women of that time to teach under their own names and to receive a salary for their work. Talented mathematicians, such as Emmy Noether, were simply unable to advance in their profession and make a living from it.

With regard to accepting women to teaching positions, the regulations of Frankfurt University are identical to those of all the universities: women are not allowed to be appointed to positions of external lecturers. It is completely impossible to make an exception to the rule in one university. Therefore, your concern that Miss Noether will leave, move to Frankfurt and receive a position there is completely unfounded: she will not be given the right to teach there, just as she will not receive such a thing in Göttingen or in any other university. The Minister of Education has expressed this time and time again and emphasized that it supports its predecessor’s instructions, and therefore women will not be permitted to receive teaching positions in universities.

Therefore, there is no concern that you will lose Miss Noether as an external lecturer in Frankfurt University.

Two years later, in June 1919, Noether finally received permission to teach under her own name due to changes in legislation that were passed at the end of the First World War. She received the position of an external lecturer with low wages, without tenure, and without any social benefits.

Noether was glad she could remain and teach in Göttingen. The place was a magnet for the foremost minds of the period, with whom she could hold endless discussions on mathematical topics, express her creative mathematical thinking and continue to develop her work on the topic, which was her greatest desire.

Noether was a colorful and cheerful figure. She had round glasses perched on her nose and always dressed in loose comfortable clothes. She was very concerned for her sickly father and brothers. Perhaps she dreamed of love or of children of her own, but she never married and never started a family.

The time she taught in Göttingen, between the two world wars, was a period of flourishing for Noether. She was full of inspiration, generous in her ideas for research and advice for her students and colleagues and she cultivated a group of student-admirers known as “Noether’s children”.

The Nazi Rise to Power: Dismissal of the Jews from Göttingen

Letter of the Prussian Minister for Science, Art and Adult Education, Berlin, September 2, 1933

The Prussian minister responsible for science, art and adult education,

On the basis of article 3 of “The Law for the Restoration of the Professional Civil Service” from April 1933, I nullify your teaching permit in Göttingen University.

Signed, Stuckhart, on behalf of the minister

For your information, please note and carry out.

The wages of Professor Emmy Noether must be ceased as of end of September 1933.

In Göttingen she encountered the work of Albert Einstein and worded the mathematical equations which stemmed from his general theory of relativity. According to “Noether’s theorem” which deals with the relationship between symmetry and the conservation laws of nature “each law of conservation represents symmetry of the nature at its foundation, and every symmetry in nature provides a law of conservation”. These formulae which Einstein himself was unable to phrase in mathematical language, have tremendous impact on modern physics to this very day.

Göttingen served as one of the foremost centers of mathematics in Germany, until the Nazi party rose to power. Like Noether, many of the researchers and teachers in the institution were Jewish. Noether continued to teach there until the publication of the new Nazi racial laws in 1933, which included the “Law for the Restoration of the Professional Civil Service” – a law which led to the dismissal of all the Jews from their positions.

A year after the Jews were dismissed from the institute, the Nazi Minister of Culture Bernhard Rust asked the non-Jewish mathematician David Hillbert (who unsuccessfully fought against the law) about the truth behind the rumor that the mathematic institute suffers greatly since the dismissal of the Jews and their supporters.

Hillbert replied that the institute did not suffer, it simply no longer exists.

With the help of Albert Einstein, who had already reached America at that time (and was unable to return to Germany, where the Nazis had dismissed him from his position and burned his works), Noether receive a position in the Bryn Mawr Women’s College in Pennsylvania. She emigrated to America, and for the first time in her life, taught and earned respect, honor and full employment. She was invited to deliver weekly lectures at the Institute for Advanced Study in Princeton, but as a woman could not be appointed for a teaching position at the university.

Noether taught in Bryn Mawr College for a year and a half. In 1935, she became ill and underwent a simple operation that went awry. She died a few days later at the age of 53.

Noether’s picture hangs in almost every room of the mathematics faculty of Bar Ilan University, in the research institute named after her. Students of mathematics throughout the world are familiar with her, but more people should know about the incredible contribution made by Amalie Emmy Noether, who paved a path for women in the world of mathematics and science, and changed the face of the world by giving names and formulae to the physical laws that perpetuate our world. Essentially, modern physics as a whole owes her a debt of gratitude.

“Within the past few days a distinguished mathematician, Professor Emmy Noether, formerly connected with the University of Göttingen and for the past two years at Bryn Mawr College, died in her fifty-third year. In the judgment of the most competent living mathematicians, Fräulein Noether was the most significant creative mathematical genius thus far produced since the higher education of women began.”

(From the obituary for Professor Emmy Noether written by Albert Einstein in the New York Times, 1935)

Thanks to Chaya Herr from the Edelstein Collection for her help in writing the article.