Dodging the Draft in the Old Country 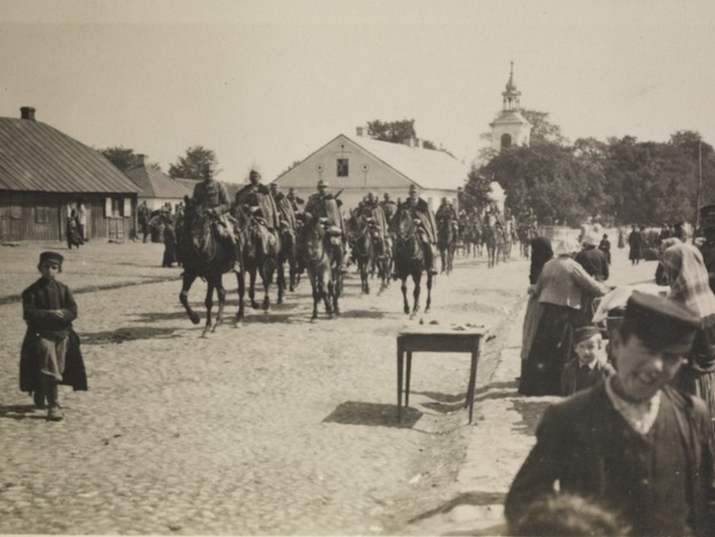 My great-grandfather, Meshulim (or Szulim) Nemeth, served in the Austro-Hungarian army for ten years, two months, and twenty days, plus another two years in the reserves. He completed his service in 1889, almost exactly a century after Jews first started serving in the Austrian military under Emperor Joseph II.

Meaning “farewell” in German, a document known as an Abschied was awarded to a soldier who had completed his required service in the Austro-Hungarian Army. Signed in Stanislawow (now Ivano-Frankivsk, Ukraine) in 1889, the Abschied for my great-grandfather, Meshulim, was printed in true Galician style – German on one half and Polish on the other – and was carefully preserved and passed down through our family.

While many Jews like him served in the Empire’s military, others chose a different path.

In fact, evading the draft by any means available was commonplace, sometimes even elevated almost to an art form as documented in memoirs, Yizkor books, and even in a novel written by Nobel Prize laureate S.Y. Agnon.

For the son of a wealthy family, influence was commonly used to escape military service. With corruption rampant, military draft boards could often be bribed. By pulling strings and paying off officials, the sons of wealthy Jews and non-Jews were able to evade service altogether or to acquire desk jobs, serving as clerks in the military.

But even for the wealthy, bribery could only go so far. On occasion, word would spread that a particular draft board coming to town could not be bribed, creating a situation that required more drastic action. Young men of draft age who had the means would often travel, taking extended trips to evade conscription. Some chose to emigrate.

However, with poverty rampant, young men often lacked the funds to travel, emigrate, or bribe the draft board. Observant Jews feared that it would be impossible to adhere to a religious lifestyle while serving in the military, and others dreaded leaving their families and communities. Throughout Eastern Europe, these young men found ingenious ways to avoid military service. Repeatedly, Yizkor books (many of which are available via the JewishGen Yizkor Book Project) document both the desperation and creativity of these young men.

Life in Jewish Tluste (today, Tovste, Ukraine) by Abraham Stupp, for example, describes some of the methods of evading conscription employed by the men in that Galician town. A few weeks before the draft board was due to arrive, eligible men would band together and stay up night after night, hoping to make themselves appear unfit for service when examined by the draft board. Known in the town as “sufferers,” they would spend their sleepless nights in groups, singing and shouting in an effort to stay awake. Trying desperately not to sleep, the sufferers often turned to mischief, deliberately waking their relatives in the middle of the night.

In Kalusz (now Kalush, Ukraine), young men would stay awake in the synagogue, hoping to make their eyes appear red and sickly for the medical examiners. As in other towns, by the early hours of the morning, these bored young men turned to pranks in order to keep themselves going. In the Jewish section of Kalusz, they would walk through the streets from house to house with a musician, waking the inhabitants with a serenade and requesting money. Those who refused their demands for payment became further victims of the pranksters. Returning later that night, the mischievous sufferers of Kalush would remove the wooden steps from the entrances to the attached shops of the residents who had refused to pay. In the morning, when those people tried to leave through their shop door, they would inevitably fall out of the house and onto the sidewalk.

In Tlumacz (present-day Tlumach, Ukraine), young men were known to drink vinegar to slow the heart, or to rub their eyes with weeds to make them appear red and unhealthy. They practiced abstinence, fasting during the day and eating only at night. Attempting to make themselves look unfit for service, they gathered in the synagogue to keep each other awake. They spent their nights wandering through the sleeping town, playing cards, moving wagons from one house to another, and switching piles of firewood from the rich to the poor. Sometimes they would leave a bleating goat tied beneath the window of a sleeping family.

Back in the synagogue, the men were known to drink the congregational whiskey and refill the bottles with water. On Friday nights, they would steal trays of gefilte fish that were left out to cool for the Sabbath. Tales of their pranks were handed down from year to year, with each new batch of potential conscripts trying to outdo the exploits of previous groups.

Draft age men in Chorostkow (today’s Khorostkiv, Ukraine) spent three to four months depriving themselves of sleep so that they would appear weak and unfit for military service. In the town, these young men were referred to as “plaagers”. It has been noted that their efforts to avoid conscription were rarely successful.

For those who wanted to eliminate all chances of being drafted, self-mutilation was the most drastic option. Desperate to stay in their communities, draft age men were known to make themselves unfit for service by cutting off fingers or even blinding themselves in one eye.

Parents and communities generally supported efforts to avoid conscription, and mothers often boasted of the creative methods their sons used to evade the draft board and trick its medical inspectors. Practicing abstinence to avoid the draft became almost a rite of passage and a bonding experience for young men in countless shtetls.

This practice was so prevalent that it even played a key role in the novel, A Simple Story by S.Y. Agnon (published in Hebrew in 1935 by Schocken Publishers; published in English most recently in 2014 by The Toby Press). A Simple Story is set in Szybusz, a fictitious version of Agnon’s hometown, Buczacz (now Buchach, Ukraine). Agnon brings Szybusz to life, with its small Jewish shops, dusty streets, and Dickensian cast of townspeople.

Shortly after his marriage, the main character, Hirshl Hurvitz, finds himself lying in bed awake, night after night, thinking about his lost true love and about the draft board which is on its way to town. It’s rumored that this draft board can’t be bribed, unlike the ones in past years. As a result, Hirshl fears that he will certainly be drafted. With the draft board traveling toward Szybusz, Hirshl’s anxiety and his unhappiness with his marriage deepen, and he stops eating.

Hirshl’s doctor recommends daily walks to improve sleep and appetite, so after working all day, Hirshl spends his sleepless nights walking, sometimes staying out until dawn. He begins drinking strong coffee during the day to stay awake, and as time passes, his melancholy and anxiety, as well as his lack of food and sleep, take their toll. Eventually, Hirshl suffers a complete and embarrassing public breakdown. Humiliated, his parents fear that Hirshl’s madness will cause them to lose their standing in the town.

While Hirshl recovers at a mental asylum in Lemberg, his parents discover that all of Szybusz believes that Hirshl was simply practicing abstinence and that his breakdown was a performance aimed at evading the draft board and tricking its medical examiners. The townspeople even praise his ingenuity, noting that his methods were far preferable to cutting off a finger or blinding an eye to escape conscription. Since only his parents know the truth, once Hirshl recovers, he is able to return to his life in Szybusz without disgrace.

A Simple Story is fiction, but this plot line is firmly based on practices that were widespread in Galicia at the time. After the fall of the Austrian Empire, the practice of abstinence and the tradition of draft evasion carried over into reborn Poland. Across the border in the Russian Pale of Settlement, draft evasion through emigration or “suffering” was also widely practiced.

As for my family, avoiding military service does not appear to have had any influence on my maternal grandfather’s decision to leave Europe. In February of 1911, just two years after he arrived in America, he enlisted in the U.S. Army serving for seven years and rising to the rank of sergeant. Because of his Austrian citizenship, he was honorably discharged a year after America entered the First World War.

A version of this article first appeared as part of “Leaving Galicia – Poverty, Pogroms, and Draft Evasion” in the March 2020 edition of The Galitzianer, the quarterly journal of Gesher Galicia. It has been published here as part of Gesher L’Europa, the National Library of Israel’s initiative to share stories and connect with people, institutions and communities in Europe and beyond.

For more “Jewish Journeys”, check out our online exhibition launched in collaboration with AEPJ as part of European Days of Jewish Culture 2020.