“It Could Never Happen Here”: Before the Bolsheviks Came

Home > Russian Revolution > “It Could Never Happen Here”: Before the Bolsheviks Came
Diaspora 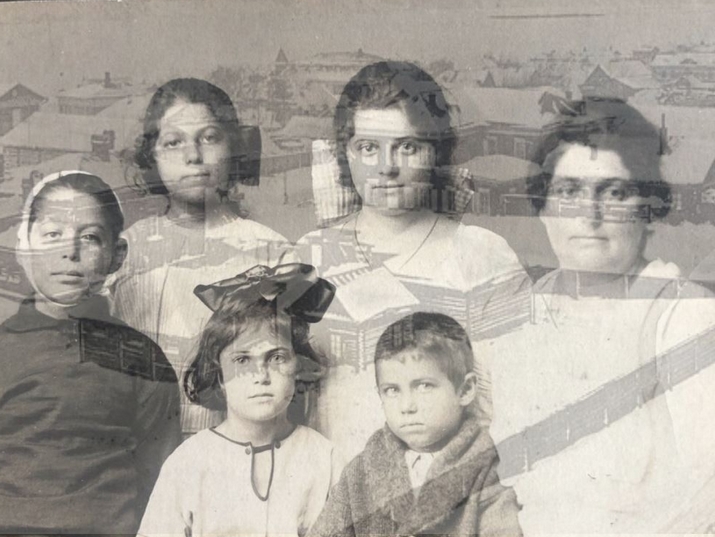 In the fall of 1919, rumors of approaching Bolshevik partisans circulated through the city of Nikolaevsk-on-Amur in the far eastern corner of  Siberia…

“We are not moving to Japan,” Ilya threw off the sheets and sat up, shrugging his wife off as if she were a snowflake on his collar. The tender mood of their morning tryst had evaporated.

“But…once the Amur freezes, there’ll be no getting out until May.” Luba pulled the cover back over herself. “It’s September and the river’s already covered with a layer of ice some mornings. Once the Amur freezes, we won’t be able to get out.” She swallowed hard. “My brother thinks it would be best if we move to Japan for the winter.”

Ilya sighed and shook his head. “What will I do in Hakodate? I have no business there. I barely speak the language.”

Luba knew he was right on one level, but their safety was more important to her. “Meyer’s offered for us to live with him. He has plenty of room in the house he rented. The two of you can work together.” With political tension on the rise, many of their friends talked of moving, but Ilya didn’t feel the need.

“I don’t want to be his lackey.” He scowled.

“What are you talking about? Meyer’s my brother.” Luba tugged on her husband’s shoulder. “And your closest friend.” She pressed her lips into a firm line. Why did Ilya always have to be in charge? His take-charge nature impressed her when they first married, but why couldn’t he at least consider her opinions?

Ilya pulled away. “Yes. When we’re here, on equal footing. But I don’t want to be beholden to him.” Confronted by his back, Luba grazed her fingertips lightly across it as she knew he liked. Ilya turned toward her.

“I know you’re used to being your own boss, Ilya moy.” She raked her hand through his chest hair and played with the brown tufts that sprouted in different directions. “But it would only be for the winter months. Until the trouble blows over.”

Luba hoped her touch would assuage her husband. Ilya leaned in and she thought he was capitulating; but then he pulled away, resisting the urge to soften. “The winter months make up more than half the year. And nobody else is moving away.”

“Nobody else has a place to go,” Luba pointed out.

Her husband rubbed his neck. “The trouble’s not here. It’s in the west. In St. Petersburg. Moscow.”

“Not anymore. You yourself told us the revolution was moving east.”

“You said Vladivostok. That’s about as far east as you can get.” She pictured the layout of the country on the globe in Ilya’s study.

“Why is Meyer moving if there’s no cause for concern? Don’t you read your own newspaper?”

“Meyer and I have spoken. With his boys of high school age, he thinks they’ll get a better education abroad.”

“Stop being silly,” he whispered into her ear.

How she hated when he said that. She faced him squarely. “What if they take over, the Bolsheviks?”

Luba’s blood pulsed like a volcano in her core. She took a deep breath. “Stop treating me like a child. I’m—”

Ilya lay back down and stared at the ceiling. “You sound like a child. You worry too much.”

Not another lecture. Why did they always have to argue lately? Once Ilya started, there was no stopping. The lawyer in him took over. She wished she could plug her ears.

“Haven’t I told you that our way of life here in Nikolaevsk represents what the revolutionaries are seeking? Freedom, business opportunities. Why would they want to cause trouble?”

Leaning on one elbow, Luba looked into her husband’s eyes. “Because we’re Jews?”

“The Jews hate the Tsar as much as the revolutionaries. Nobody’s going to take over our city.” Ilya threaded his fingers through his wife’s falling tresses, pushing some curls behind her ear. She could tell he wished she were still the adoring girl he married.

“How do you know?” Luba wanted him to convince her, to hush the whirring that rushed through her veins making her hum like a telegraph wire.

“We’re nestled way up here in the north. Like bears in a cave.” Ilya nudged his wife and tented the comforter over themselves. “Hibernating for the winter,” he joked as he nuzzled her neck.

Luba was tempted to succumb. “But what about the rumors? All the upheaval everywhere?” How could her husband be so blind?

“That’s been going on for years now. Up and down, up and down. In recent months, things have calmed considerably. Remember last year? It looked like the Reds were going to take over. And then, poof! We expelled them like that!” He snapped his fingers in Luba’s face. She flicked them away. He lay next to her on the pillows, and ran his finger softly down her arm.

Couldn’t he tell that she knew he was trying to distract her?

Finally, he gave up. “If you’re so worried,” he said, “why don’t you take the children and move to Hakodate yourself?”

That caught her off guard. “Without you?”

“If it makes you happy.” Oh, was she tempted. She pictured the family living in surroundings akin to their dacha, but far from the reach of encroaching partisans. Could she live without Ilya for seven months? What would people say? And to leave him behind with his mother who surely would not desert her son like her? Luba would never hear the end of it.

Ilya got out of bed. “I have to get to work. You wouldn’t have me arrive late, would you?”

“Of course not,” she grumbled under her breath. She watched him dress and leave, then plunged into her feather pillow. She didn’t really want to move to Japan where none of them spoke the language and the only people they knew were her brother and his family. She just didn’t want to remain in Nikolaevsk.

Luba shook herself.  Was she being silly after all? Could Ilya be right that the threats would melt like snow in Spring? That nothing bad would ever happen here?

The account above is a fictionalized exchange between my grandparents, Ilya and Luba Kaptzan, in the midst of a violent and unpredictable time. It appears in Red Winter, a novel inspired by the true story of what happened to my grandmother Luba during the winter of 1920. Her family was living in Nikolaevsk-on-Amur, a thriving city on the far eastern coast of Siberia.

My grandfather Ilya was a businessman, lawyer and editor of the local newspaper, The Amursky Liman. He and Luba were born and raised in the city which was known for its natural resources—salmon, lumber, furs and mines—and also for its lack of religious persecution. The town had its own synagogue, mosque, church and cathedral and because it was frozen from the rest of the world for half of every year, all the occupants celebrated one another’s holidays together.

The residents were aware that trouble was brewing in the west since the Russian Revolution of 1917, but most felt safe in their remote location. Because my grandfather refused to leave, he ended up being one of the first to be imprisoned—and ultimately murdered—by the Bolshevik partisans who entered Nikolaevsk once the river froze, cutting the city off from all possible aid.

Luba was left on her own with five young children, her mother-in-law and epileptic sister-in-law. At first, the family lived under house arrest when the Reds conscripted their home and relegated them to servant status. Later, they managed to escape, only to spend the winter months hiding in pigsties, warehouses and opium dens while the bloodthirsty intruders tried to track them down. By the end of the winter, ninety percent of Nikolaevsk’s population had been killed.

For more “Jewish Journeys”, check out our online exhibition launched in collaboration with AEPJ as part of European Days of Jewish Culture 2020.