Documents from the Cairo Genizah: How is one to be buried? And more importantly, what should one wear to the burial? Egyptian Jews had clear requirements on the matter. 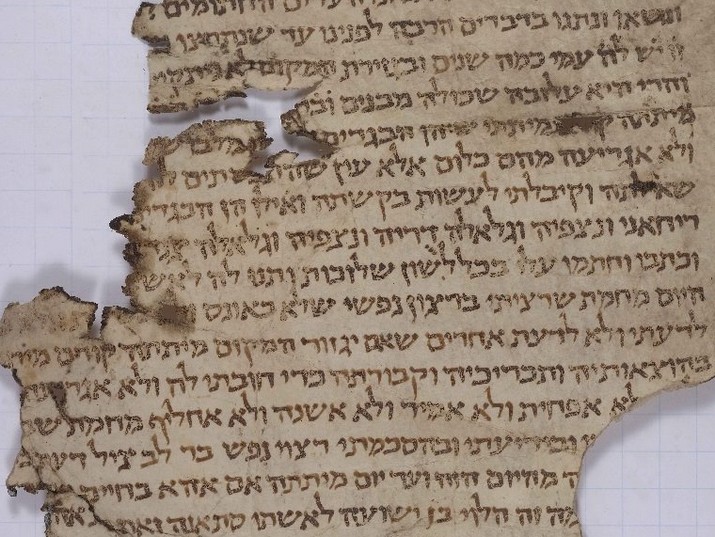 An argument between a husband and wife in the Cairo Genizah

The Jews documented in the Cairo Genizah spent much time pondering death, the world to come, and the revival of the dead. Among other things, many of them considered the way they would be buried, and especially the clothes they would wear. The wealthier members of the community were not buried in simple shrouds, but went out of their way to order nice, sometimes new, clothes for themselves, which they would be dressed in at their burial – perhaps in order to reach the World to Come in a fitting manner, and perhaps to be dressed smartly when the dead are brought back to life. The Genizah is filled with many such examples.

One example can be seen in a testimony written in Hebrew from Fustat (Old Cairo) in the year 980 – over 1000 years ago – in which witnesses testify that a dispute broke out “Between Shlomo HaLevi son of Yeshua” and his wife Satana,  and after they “discussed the matter extensively” they came before the Beit Din (Rabbinical Court) where the husband Shlomo declared the following (the page itself is torn on the left hand side, and the lines were filled in by the publisher of the document, M.A. Friedman, according to the context – in square brackets):

“My wife Satana has been with me for several years, and it was decreed by God for her [descendants] not to survive and she is miserable and bereaved of her children”. What did this Satana want her husband to promise her? That if she should die before him “that the clothes [and coverings] and garments […for her burial] should be in place and that I should not remove any of them…the expenses and shrouds for her burial to the extent of my obligation to her and not to detract from them…and that I will not deduct and not change and not replace…”

In a will from Fustat almost two hundred years later, a sick person on his deathbed instructs for his debts and businesses with his partners to be put in order, and then commands: “I wish for you to shroud me in highest-quality shrouds, to cut a netzpia for me, and an upper coat from new atabah cloth, and a turban (and ama’ah) and a new coffin – and this is my final provisions from my possessions”.

“Netzpia” is an expensive garment, apparently cut, perhaps a skirt, whose price amounted to several monthly salaries. Jilia is an undergarment, which clings to the body, and was used by both men and women. Atabah cloth is an expensive material made of a combination of silk, linen and gold threads, which was named after the place it was produced – the Alatabein quarter in Baghdad. An ama’ah is the most magnificent head covering. ‘Cut for me’ – the writer orders that the clothes be new, and cut especially for him.

From these certificates and others, it seems that Egyptian Jews did not believe that “You can’t take money to the grave”.

(The many details about the items of clothing were taken from Ora Muld-Vaza’s PhD on the topic. Rabbinic court testimony regarding the case between Shlomo and his wife Satana can be found in the library of the Jewish Theological Seminary, ENA4020.50, JTS, and was published by M.A. Friedman in his book ‘Ribui Nashim B’Yisrael’, page 194. The will is in the Cambridge University Library, TS13J3.2, and was published by S.D. Goiten in his article “Wills from Egypt During the Period of the Genizah” in volume 8 of the Sefunot journal).