Meet Leila and Lamia Jamal, the nearly identical sisters who took Cairo – and later, the rest of the world – by storm with their exhilarating belly dancing routines. 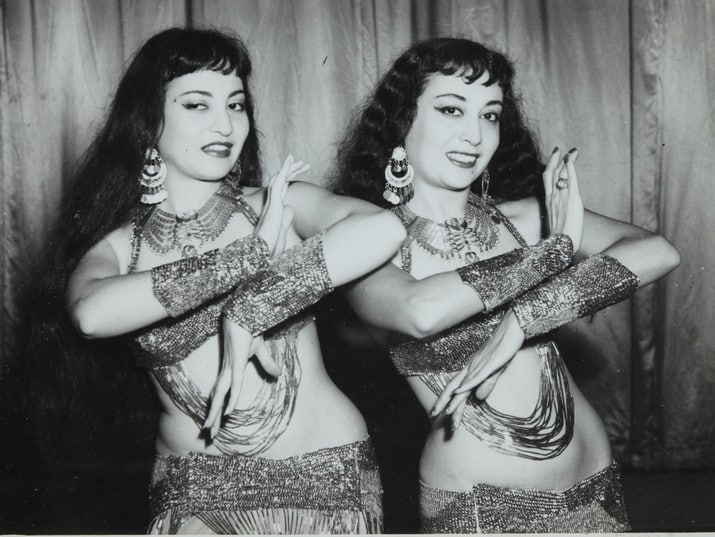 The foreign military forces that filled Egypt’s main cities in the post-World War II era brought about many changes in the local entertainment culture. Many nightclubs were opened and musicians, actors and dancers – both male and female – took advantage of the tremendous thirst for entertainment, which they were more than happy to supply.

One of the most popular and well known nightclubs at that time was Helmieh Palace on the outskirts of Cairo. The entertainment offered by the proprietor of this club was not the regular fare – the special attention paid to costumes, appearances by leading musicians and precise dance choreography, turned the nightclub into a breeding ground for new eastern culture. The jewels in the crown of the Helmieh Palace were “The Jamal Twins -” belly dancers who introduced a new flair into this ancient eastern dance style. The sisters, Leila and Lamia, became the biggest stars of the Egyptian entertainment scene towards the end of the regime of King Farouk I. Their audiences were always packed and the Egyptian monarch was one of their greatest admirers. But what was the magical secret that launched their star-studded careers?

The Mediterranean Sharkiya dance was one of their specialties. The musicians who accompanied the pair practiced with them for hours at a time to match the choreography to the musical repertoire, which was carefully selected. Grueling practice sessions, endless exercises and daily rehearsals produced extraordinary results. The Jamal sisters’ performance was bright and innovative; the two dancers moved in wonderful harmony, with the dance and the music completely in sync. 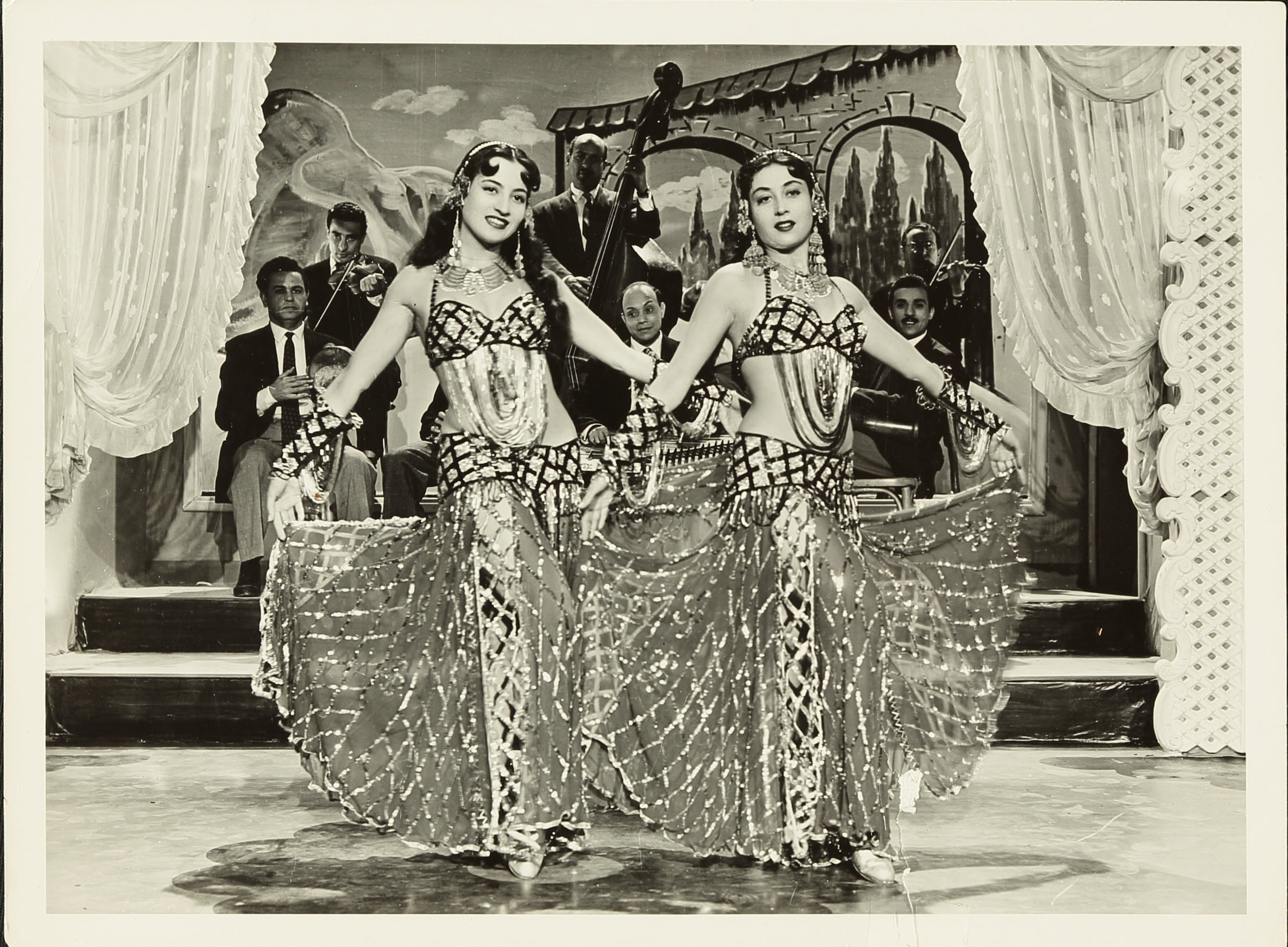 Their performances, in which they also used various stage props, were not simply another example of exotic oriental dance. They knew how to create a symmetrical picture, and then reverse it virtuosic fashion, while vibrantly expressing the music they moved to. The connection between them and the musicians was lively and exciting for the audience. 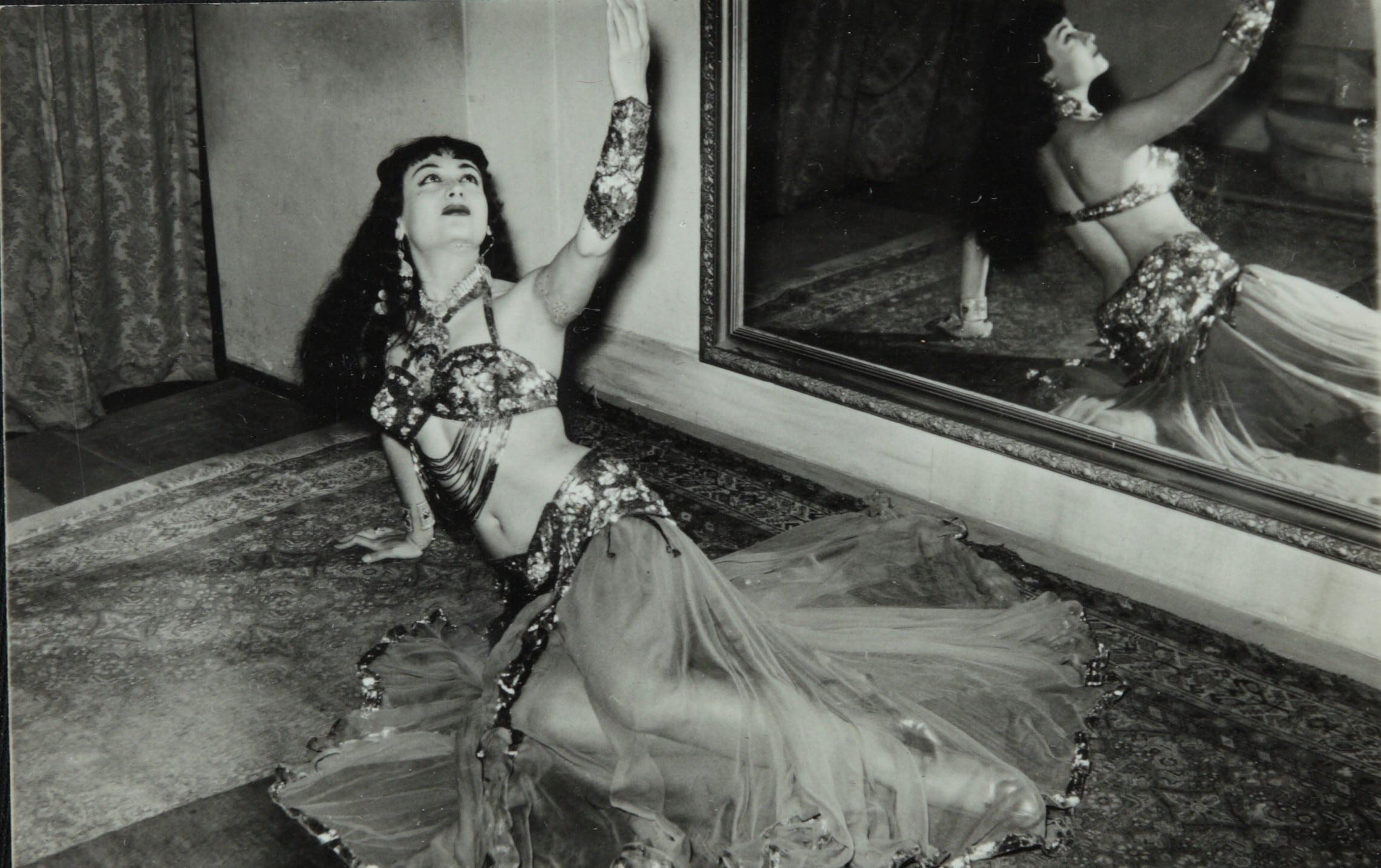 The Jamal sisters’ musical talents were wholly unsurprising. They were daughters of musicians and had learned to play instruments from early childhood. Their father, Fishel Alpert was a violinist in the Vienna symphony orchestra. His name reveals his origins as a Jew who had moved from Chernowitz to the Austrian capital, where he became a professional musician. The reason for his immigration in the 1920s to Egypt is unknown. It could well have been the great economic crisis which propelled him far away from Europe, to a place where he would have a dignified position in an orchestra and a decent income.

In Alexandria, Fishel met his wife, Jini (Janin) Elpert. The impressive presence and the beauty of this opera singer, the daughter of Jewish emigrants, captured his heart. Their firstborn daughter, Helena, was born just a year after their wedding and her younger sister, Bertha, was born two and half years later, in 1932. 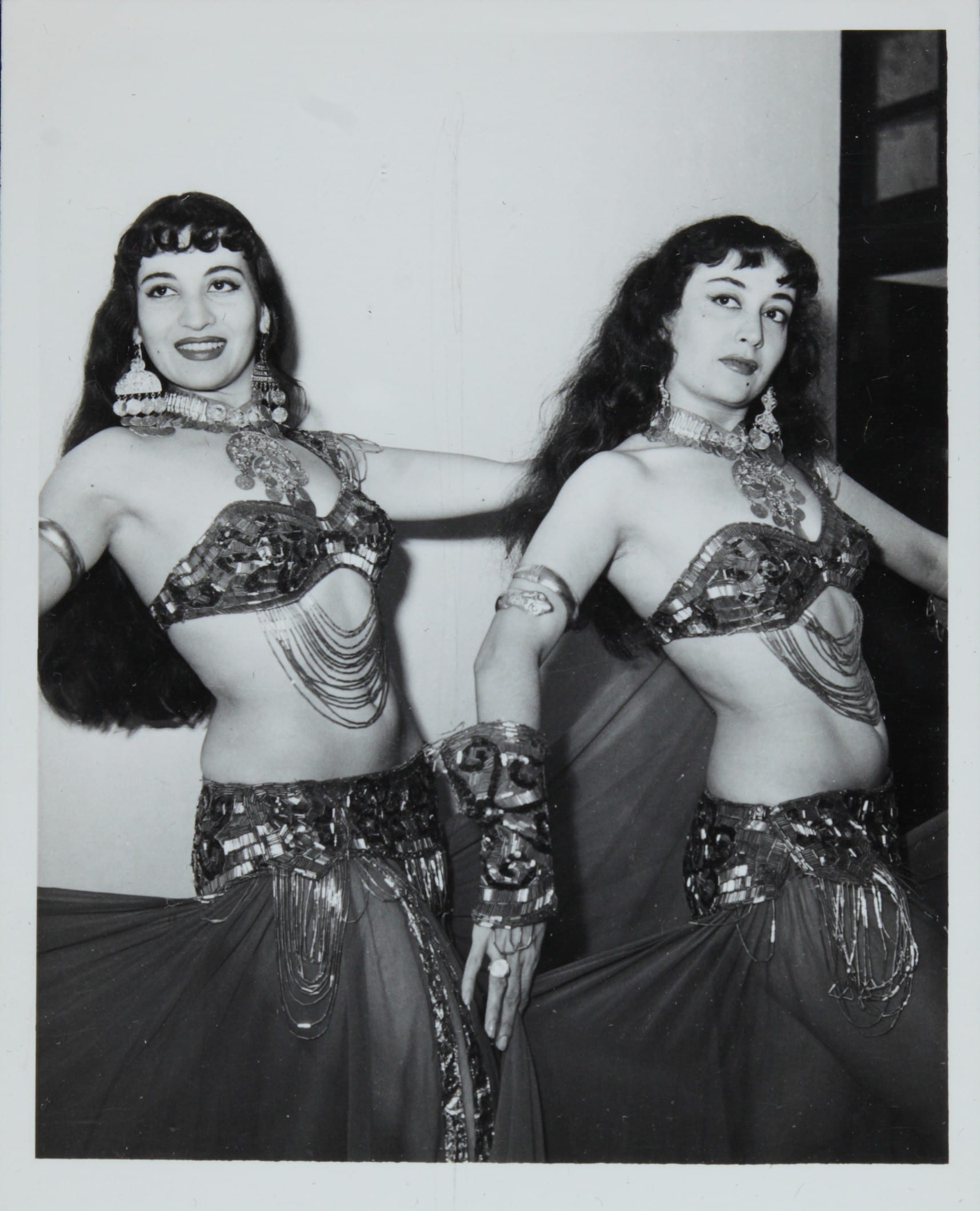 Helena and Bertha grew up in a musical home, and were sent by their parents to ballet lessons from a young age but, the environment in which they were raised seemed to influence them to go beyond the usual classic ballet lessons and the sisters began to study Mediterranean dance as well. To their teachers’ great surprise, they revealed extraordinary talent in the eastern dance movements. It was not long before they began to receive offers to appear in public. For their mother, this led to a serious deliberation. She was worried about the future of her young daughters, aged only 12 and 14, who would be exposed to a world she saw as promiscuous. On the other hand, the temptation was great.

At that time her husband lost his fixed source of income and the family ran into financial trouble. Jini did not dare tell him about the girls’ performances, and they decided to keep it a secret between them. The devoted mother accompanied her daughters to every rehearsal and performance, zealously preserving their innocence. She continued to do so for many years, accompanying them on their journeys around the world. 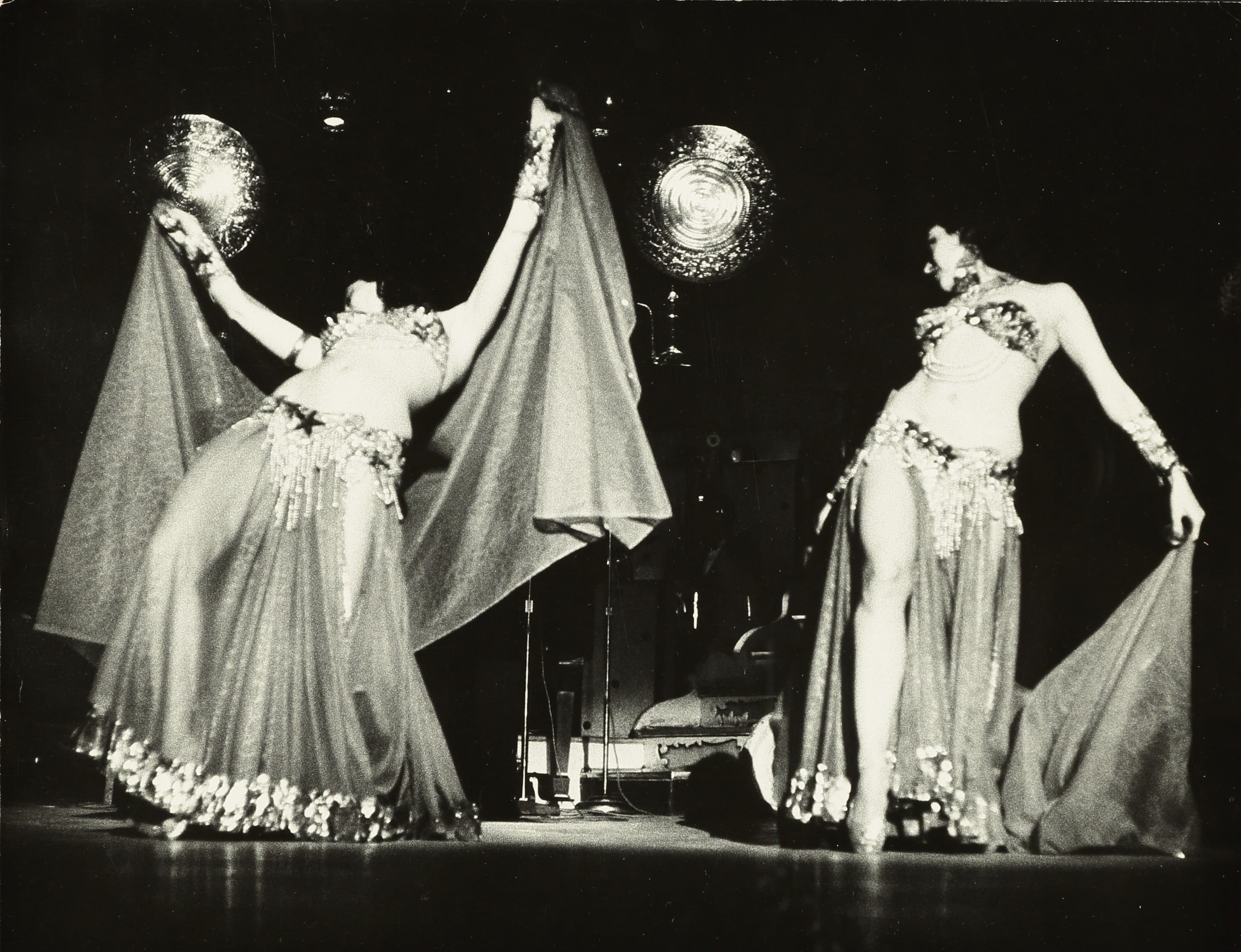 However, the three women of the Alpert family couldn’t keep their secret from the father of the family for long. The talented pair of sisters became a hit almost overnight and their success was dizzying. With the help of their mothers and teachers, they built an inventive performance which showcased their flexibility and abilities as professional dancers.

The stage names they selected, Lelia and Lamia (or: Lyn and Liz) also needed a surname and a cover story which would attract the audience. So Helena and Bertha Alpert, daughters of Fishel from Chernowitz, became “The Jamal Twins”. 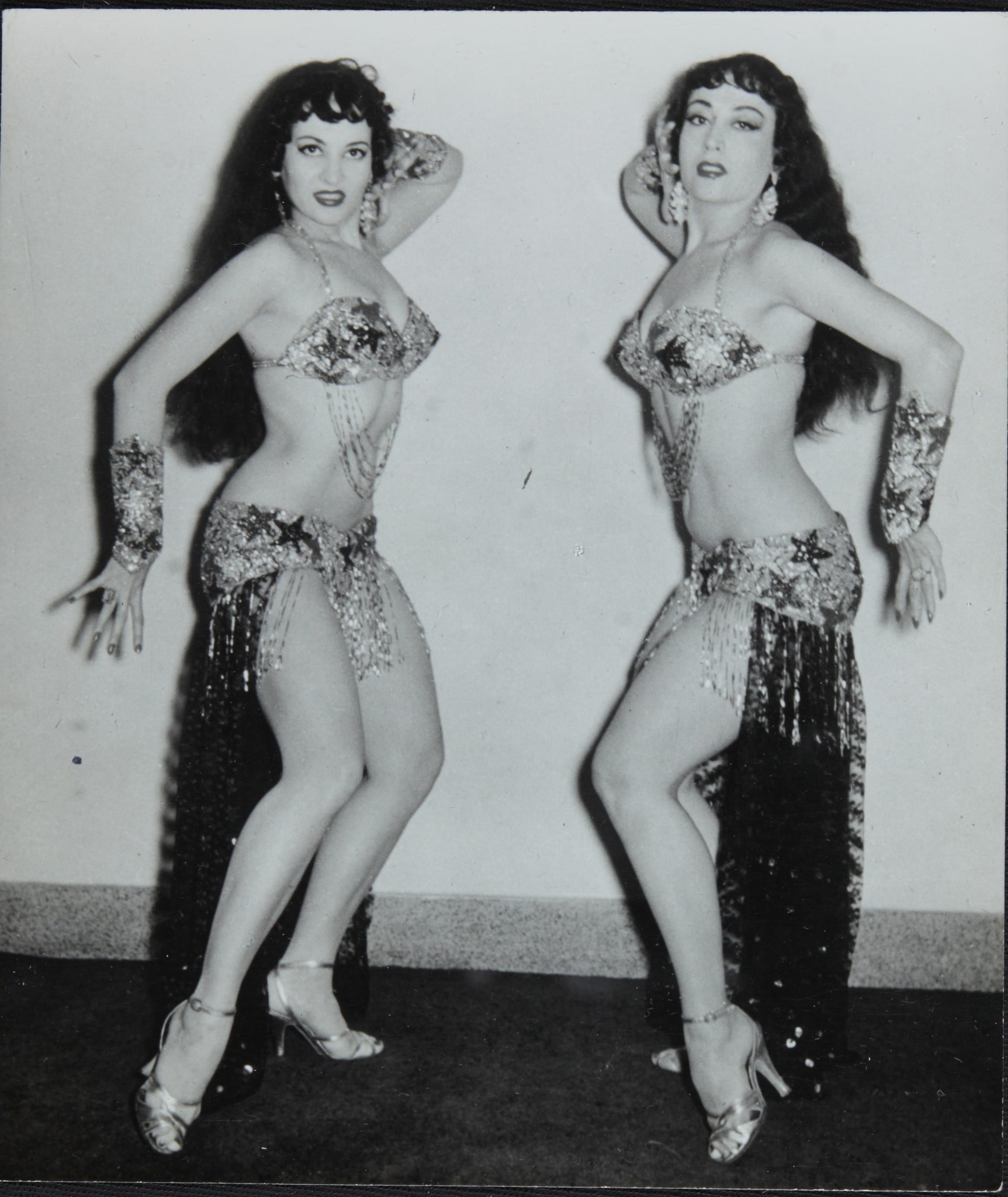 The Helmieh Palace nightclub was only the springboard from which the pair leaped to international stardom. Their appearances in a string of Egyptian movies, which began with brief cameos, became longer and more central due to the high demand from the audience. Their names soon became known throughout the Arab world. They don’t appear to have denied their Judaism, but they were rather successful in concealing their origins. The cover story was perfect, and it can be assumed that none of their many admirers – in Egypt and beyond – realized that these girls were not Arab.

The military coup in Egypt and Nasser’s rise to power gradually changed the atmosphere in the country, which had enabled the sisters’ meteoric rise. The two were invited to more and more shows outside of their native country, and they were most popular in Singapore and in India. 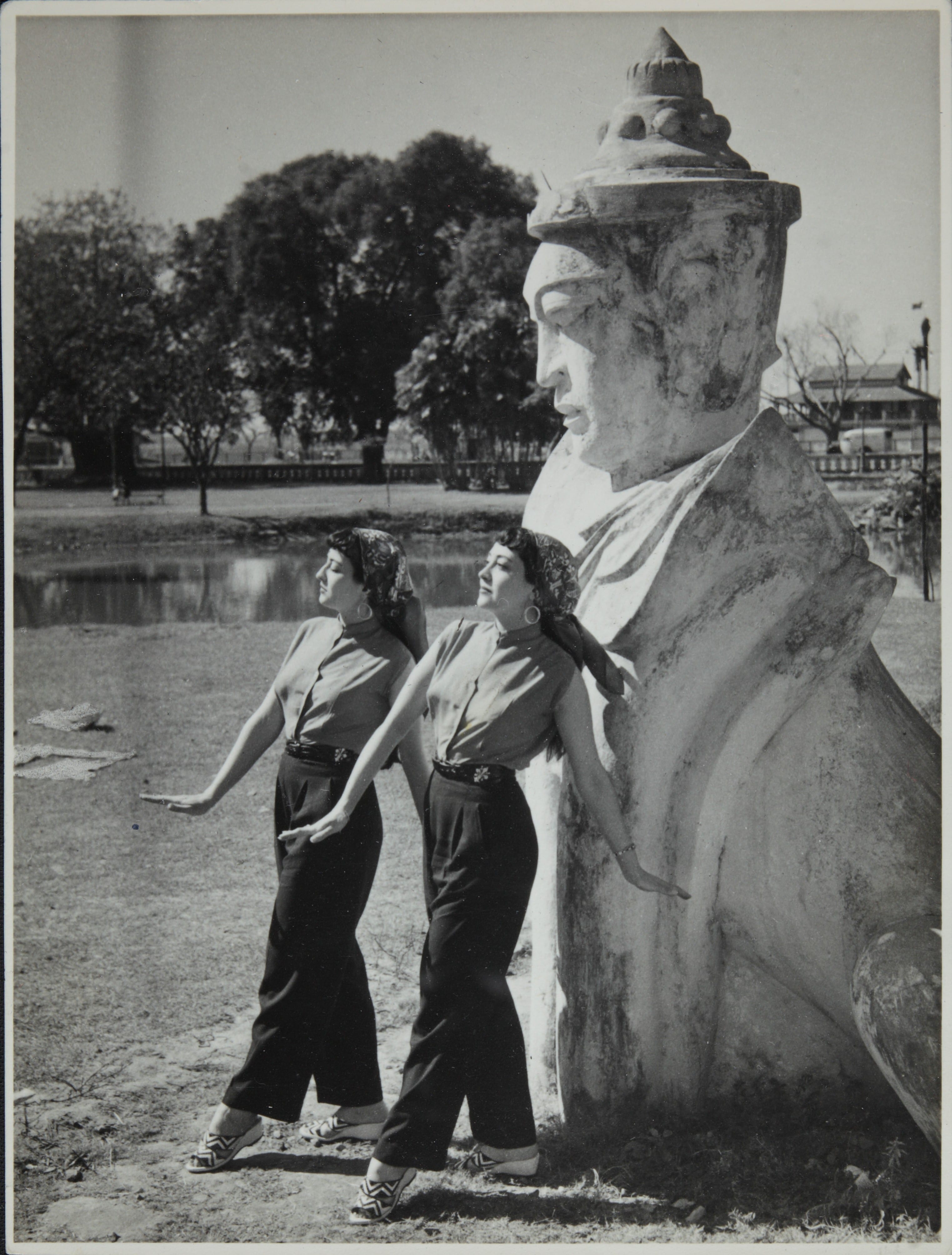 A dance routine in one of the Indian films they starred in was censored due to “immodesty.” The military authorities in Egypt became suspicious of the Jamal sisters’ frequent trips, a suspicion that may have been driven by their knowledge of their Jewish origins.

In late 1957, in the midst of a successful tour in the far east, their father, who had stayed in Cairo, suddenly received a telegram. He quickly warned the girls, accompanied as always by their mother, not to return to Egypt. The Egyptian police had issued an order for their arrest – they were wanted for investigation, for the crime of espionage. 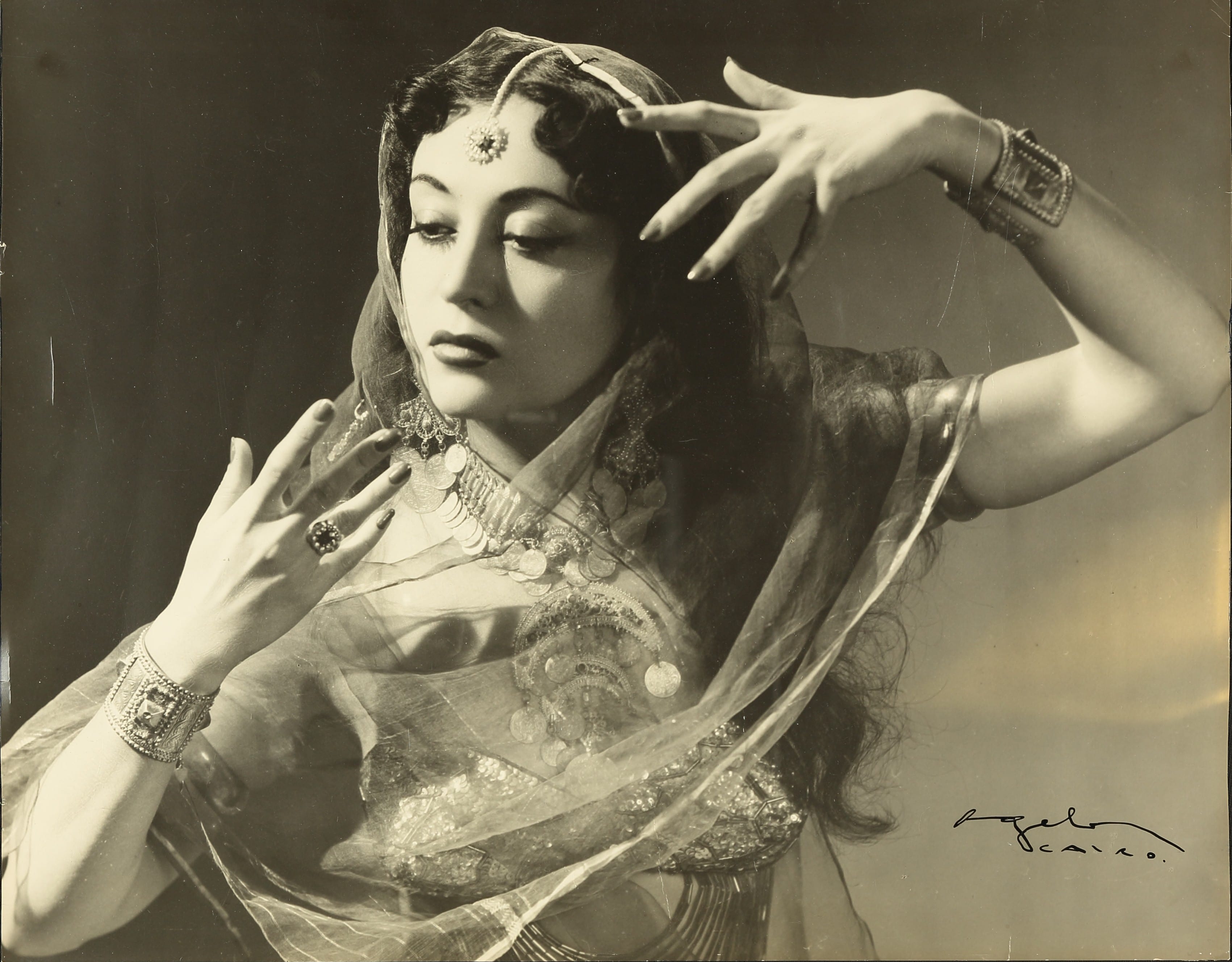 It was not hard for the Jamal sisters to find an impresario to invite them to appear in the United States. America had attracted them for a while, and they considered it to be a suitable place of refuge. Now they had only one troublesome problem: how would they manage to quickly attain the necessary visas to enter the US?

That very evening, a delegation of American congress members who were visiting Bombay came to the nightclub where the Jamal sisters were scheduled to appear. Their enthusiasm for the belly dancing performance was boundless. The next morning, the coveted entry visas were in their hands. 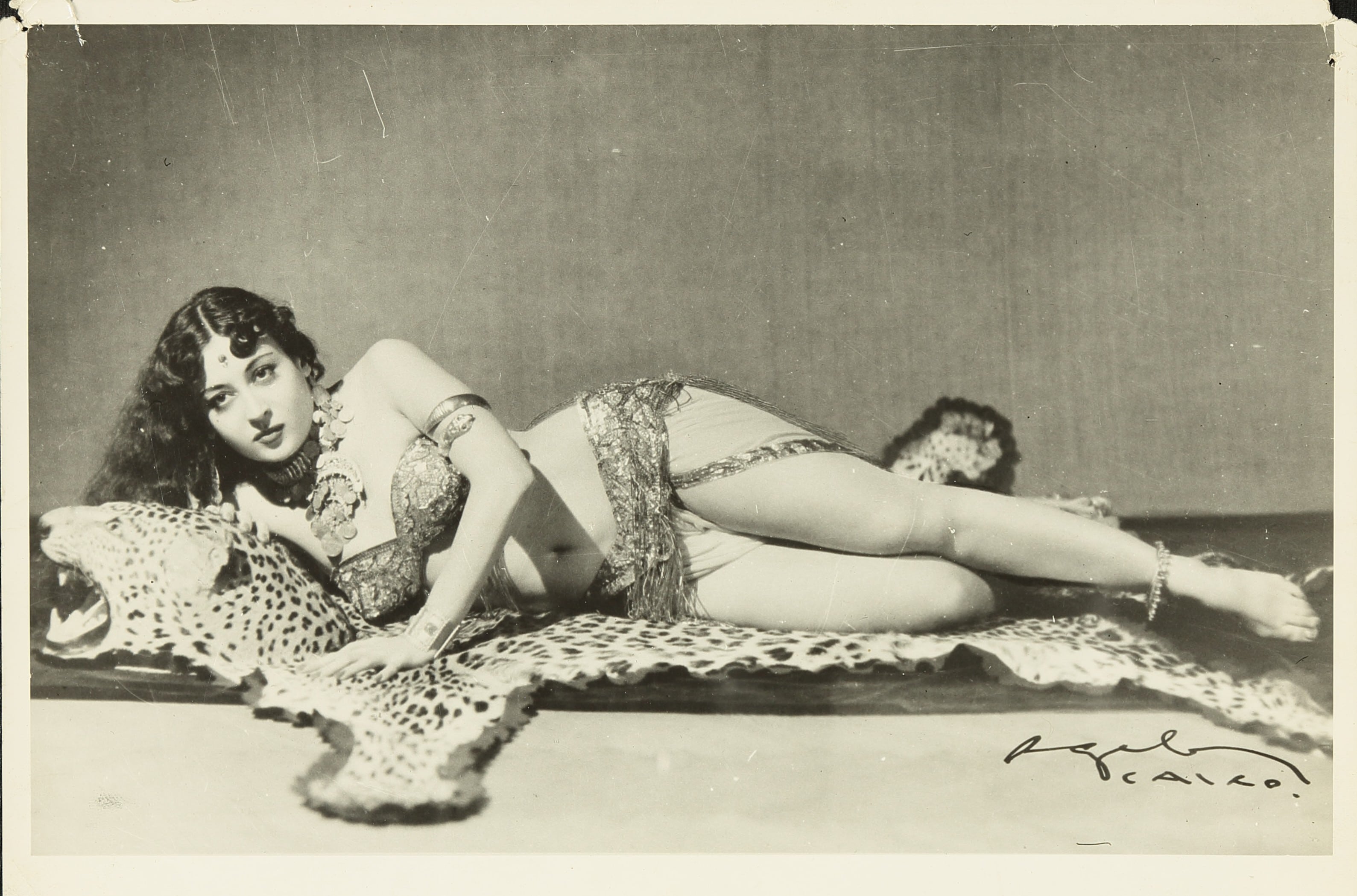 The vibrant artistic scene in New York’s Latin quarter welcomed the Jamal sisters with open arms. The refreshing feel the pair brought with them from the east integrated well into various trends which were extremely popular in 1950s America. Their collaboration with the musician Eddie ‘the Sheik’ Kochak and his band contributed to their success.

Regrettably, it is not clear what caused the sisters, now simply known as Lyn and Liz, to turn their backs on their successful career. Was it the girls’ Jewish mother who put pressure on them to marry quickly and leave the entertainment business?

The sisters soon settled down with new husbands, one after the other, not long after arriving in America. The men they chose to share their lives with, both respectable businessmen, were apparently not so enamored by their careers as dancers in nightclubs. 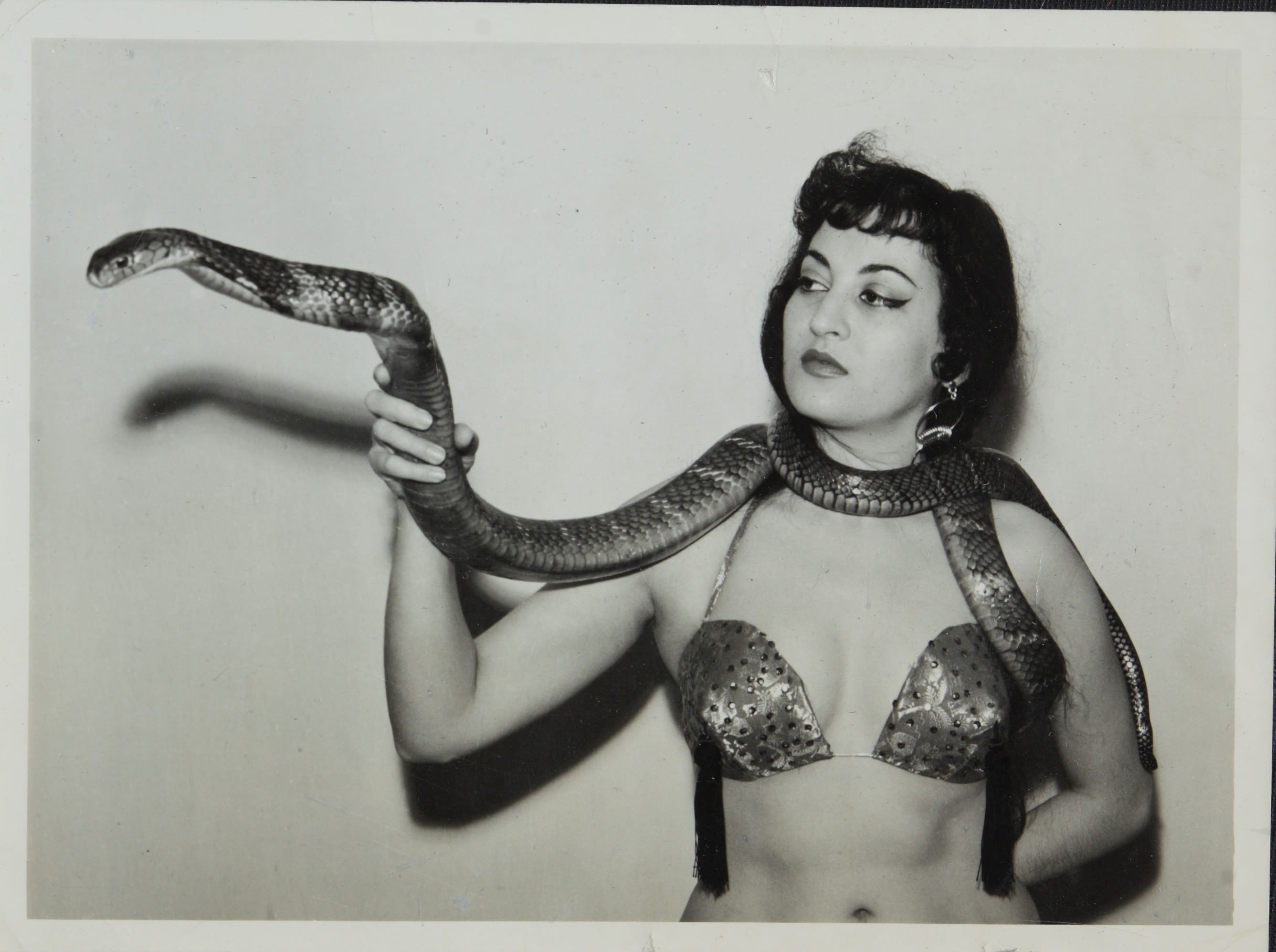 Within a short time, the Jamal sisters’ schedule of performances dwindled. The passion for dance and music, which still burned in them, was expressed in teaching belly dancing in various frameworks. During the 1960s and 70s the pair – especially Liz – were considered the most professional teachers in the field in the west.

Lyn died in Long Island in 1992. Liz outlived her by many years and passed away in 2016. She had re-married a man named David Marks, a Holocaust survivor who came to Israel a year before the establishment of the Jewish State aboard the illegal immigration boat “Moledet.” He later moved to America, where he became a successful furniture manufacturer.

The photo albums, mementos and stories from his wife Liz’s glory days always fascinated David. As one who had personally experienced the tumultuos fortunes of Jewish life in the twentieth century, he believed that his wife’s story should also be part of the multi-colored mosaic that documents the story of the Jewish people, and in April 2017, he donated her archive to the National Library. Liz, or Bertha Alpert, to give her true name, will now dance for eternity in the archives of the National Library, and the story of the Jamal Sisters, will live on. 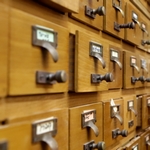 Dr. Gil Weissblei is an archivist and researcher of the history of the Hebrew book in the 20th century.

For more stories by Gil Weissblei >>