“Nor shall you follow their laws”? The Influence of Islamic Mysticism on Judaism

Home > Islam > “Nor shall you follow their laws”? The Influence of Islamic Mysticism on Judaism
Judaism 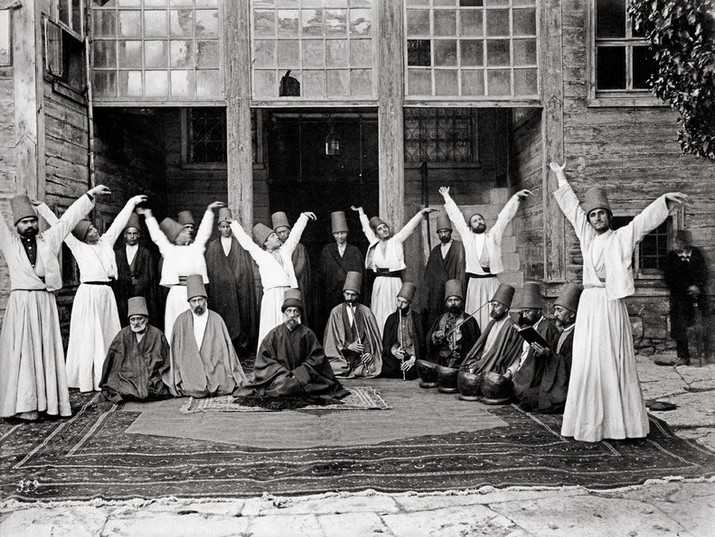 Abraham, son of Maimonides, was born to greatness. As the only son of the great Jewish thinker, he was educated from childhood to inherit his father’s role.

Rabbi Abraham eventually did inherit his father’s position as head of the Jewish community in Egypt. But when he came to lead the Jewish community and strengthen its adherence to Judaism, he revealed himself to be deeply influenced by the Islamic mystical movement of Sufism. This influence is evident in his writings and halakhic rulings, as for example in his innovation of washing the feet as well as the hands before prayer. He based this novel practice on a single Talmudic source that had been rejected by the Sages, though the true influence clearly came from the Islamic culture and tradition that surrounded him.

Rabbi Abraham Maimonides rejected the criticism that he was imitating the customs of the Gentiles in two ways: first, by grounding his innovations in Jewish sources, however esoteric and unique, and second, by asserting that imitating Muslims did not amount to a violation of Leviticus 18:3 –

“You shall not copy the practices of the land of Egypt where you dwelt, or of the land of Canaan to which I am taking you; nor shall you follow their laws.”

Even before Rabbi Abraham’s time, Sufi influence on the Jewish pietistic movement was a well-known phenomenon.

Bahya ibn Paquda, who was born in 1050 in Zaragoza, Spain, wrote Hovot HaLevavot (“The Duties of the Heart”), the first known book in this tradition. The structure of Hovot HaLevavot is a series of “gates” that lead the reader along a spiritual path at the end of which he will discover, as the tenth gate states, “true love for God may He be exalted.” The structure is analogous to Sufism which is also made up of stations whose purpose is to gradually bring the believer to the exact same point. Originally written in Judeo-Arabic, the book uses Islamic and non-Jewish expressions to describe God. The author makes use of the phrase Hashem yit’aleh (“God will rise”) in Hebrew, which corresponds to the Arabic Allah yita’alah. Another Hebrew phrase that appears in the book is Hashem yitromem veyitnaseh, (“God will rise up and be exalted”), corresponding to Allah ‘azz wa-jal in Arabic.

In addition to the Muslim phrases, Ibn Paquda quotes Islamic sources as validation for his own words. For example, he quotes the Egyptian Islamic mystic Dhul-Nun al-Misri (d. 859), in a chapter dedicated to proving God’s presence in the world: “He who knows God the most is the most humble in relation to Him.” Later in the same chapter, while discussing the comprehension of God’s divine nature, he writes: “It is more fitting to say this about the Creator of everything, that ‘There is nothing like unto Him'”, making use of a quote from the Quran (42:11).

The book’s structure suggests that it may not be the first composition of this type, but it is the earliest that has been preserved to the present day. Even today, Hovot HaLevavot remains popular and is considered a fundamental book in the fields of faith and musar (morality). The book has been published recently in both a scientific edition and one that is divided into short chapters intended for daily study especially around the period of Sliḥot before Rosh Hashanah (the Jewish New Year)

The difference in the popularity of the two authors is due to the fact that while Rabbi Abraham Maimonides wrote with the goal of educating his immediate community, Ibn Paquda wrote for a more generalized audience of Jews, regardless of their existing spiritual knowledge or understanding.

The Sufi movement and its values ​​contributed greatly to the development of Judaism, from the coining of the concept of heshbon nefesh (lit. “an accounting of the soul”), as in a personal reckoning, which did not exist until the appearance of Hovot HaLevavot, through the development of musar literature, to inspiring the emphasis on kavanat halev (lit. the “intention of the heart”), that is mindfulness in the act of fulfilling the commandments.