The Story of Israel’s First Shelter for Battered Women

“We didn’t think we were making history. All we wanted was to work on behalf of women”: The story of the first shelter for battered women in Israel, established in Haifa in 1977, and the women who founded it 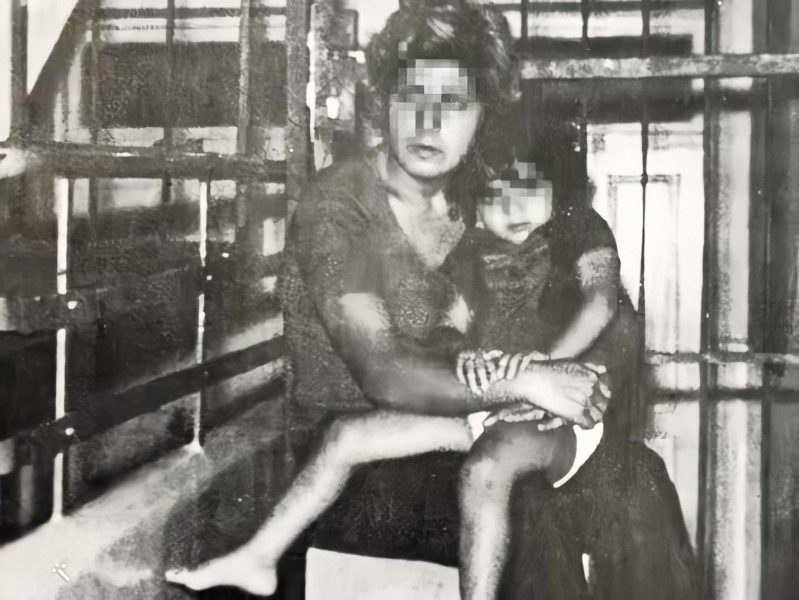 Among the first was Tzilla, who came to us straight from the hospital, the eye she’d almost lost still bandaged. Tamar who came with four small babies. Sarah, a kibbutznik whose husband had tried to kill her. Carmella, with twenty stitches in her scalp, ominously certain she would never escape her husband’s death threats. Shula, mother of five, who pulled up her sweater to show us her chest and back covered with knife wounds and cigarette burns.

All these women came because they were sure that the next beating would be their last. They came because they feared death and because there was no place else to go. This apartment in Haifa, they all said, was their last stop. No, we said, you will move on from here to live again. We were right about most of the women . We were wrong about Carmella.

– From Exile in the Promised Land: A Memoir, by Marcia Freedman

It was shortly after Marcia had failed in her bid for re-election to the Knesset, this time as a member of the Women’s Party in Israel.

Her question would change the course of everything related to the treatment of battered women in Israel. Five women—Marcia Freedman, Judy Hill, Joyce Livingstone, Cholit Bat-Edit and Barbara Swirski—turned that “question” into a reality. Though none of them were born in Israel, all were pioneers of Israel’s women’s movement. Search high and low and you won’t find a single photograph of these women together. “We never thought we were making history, so we didn’t see the point of taking a picture together,” says Barbara Swirski, who was one of the founders of the shelter and ran it in its early years. “All we wanted was to work on behalf of women.”

Like many great things, it started from humble beginnings: a group of women, with the help of dozens of other feminist activists, began by renting an apartment in the Hadar HaCarmel neighborhood in the northern Israeli city of Haifa to be used as a shelter. The location was kept a secret for obvious reasons, and everything in it was either donated or improvised. The furniture was donated by local residents and collected in a small truck.

The shelter was actually a five-room residential apartment. It wasn’t much, but even long journeys begin with one small step. Almost the entire staff of the new shelter agreed to work on a volunteer basis: a lawyer, a doctor, a gynecologist, all worked for free or for a nominal fee. The shelter opened in the fall of 1977. For the first time in Israeli history, abused and battered women who until then had nowhere to turn, finally had a place to go.

Since there was no precedent in Israel for this type of shelter, in order to determine the rules for its use, the team of women had to look at similar projects already operating in other countries. For example, they determined that a stay in the shelter could last for up to three months, men were not allowed access, and each resident would receive legal, personal and medical assistance while there, enabling her to start out on a new path at the end of her stay.

“In the end, all we wanted was to help women suffering from abuse,” Swirski said in a conversation with us. “We read the professional literature on the subject. We learned about the shelters set up in England and the Netherlands. Then we had to learn on our own what to do and what not to do.”

Following the shelter’s opening on November 3rd, 1977, the founders launched a “hotline” for women seeking assistance. At first, the flow of women seeking shelter was very limited, but an article in Yedioth Ahronoth on February 3rd, 1978, just a few months after the shelter opened, changed everything. Suddenly the phone was ringing off the hook. Women would simply show up at the entrance, and in the months following the article’s publication, more than a hundred women applied for shelter.

“Once the article in Yedioth came out, the shelter never closed,” Swirski says. “The first women to come to the shelter were actually the stronger ones for whom the shelter was a lifeline. They simply saved themselves. Women from other parts of society only came at a later stage.”

The change was rapid and unequivocal. The founders described it in a special report issued after the first six months:

Within two weeks, the woman calms down. She starts eating and sleeping. After a month in the shelter, she is usually ready to help the newer arrivals in their various tasks. She begins to think about work and the future. She is no longer a helpless victim facing an omnipotent man, but a stronger woman, and not frightened.

Not everything went smoothly, and not all the women were able to break the cycle of violence and begin a new life, but “Whoever saves one life saves the world entire,” says Swirski, quoting the familiar saying. “There was one woman who had recovered in the shelter and was well on her way out of her difficult reality. We became very close. About two years ago, she contacted me through Facebook Messenger. I went to meet her and saw that she was doing well, raising her children. One had been a baby in a crib when she was at the shelter. She has a steady partner, but she was not ready to remarry. We spent a few hours together. What a joy!”

Six months after the establishment of the first shelter, a second opened in Herzliya. In 1981, a third shelter was established in Jerusalem, and at the end of that year, a fourth was opened in Ashdod. Over the years, many other shelters have been established and even received organizational and governmental “support,” but the first shelter in Haifa was the one that broke new ground in protecting victims of domestic violence. “It’s a great thing to do something that has not been done before,” Swirski says. “Seeing a woman come in hunched over and then to see her leave with her back straight, getting on with her life—it’s a great feeling when that happens! You change the world!”

“Actually,” Swirski concludes with a sober look at the present, “nothing has changed.” “What’s really changed? There are more institutions, more solutions, more options. The phenomenon hasn’t disappeared and probably never will. Unfortunately, Israel is in competition with the United States and is becoming increasingly violent in all areas, not just in the home.”

Many thanks to Hannah Safran of the Haifa Women’s Coalition for her assistance in preparing this article.

The article is dedicated to the memory of all victims of violence against women in Israel.

Exile in the Promised Land: A Memoir, by Marcia Freedman

Don’t Wanna Be Nice Girls: The Struggle for Suffrage and the New Feminism in Israel, by Hannah Safran