The Rebel Woman Who Fell in the Battle of Tel Hai

When asked to help the residents of Kfar Giladi, Devorah Drechler did not hesitate. When instructed to move on to Tel Hai she went gladly—and there she met her death 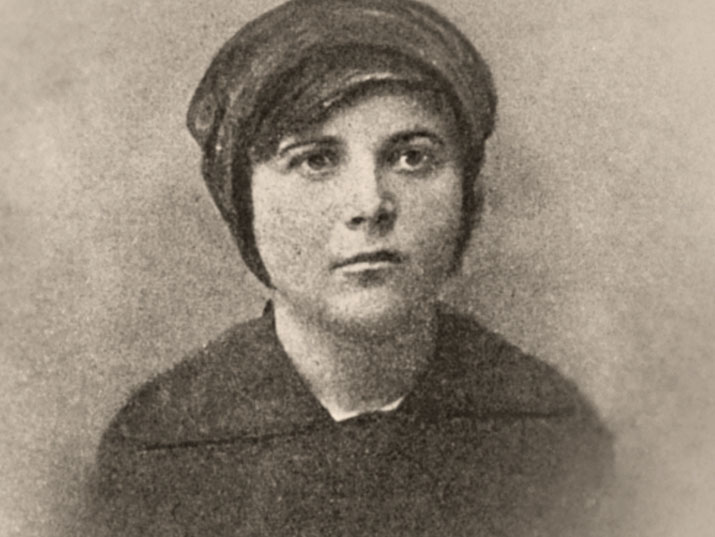 Portrait of Devorah Drechler from the Schwadron Collection, the Pritzker Family National Photography Collection at the National Library of Israel

Everyone knows how it ended. Today, children in Israeli elementary schools are taught about the iconic battle of Tel Hai which took place on the 11th of Adar, in the Hebrew year 5680 (March 1st, 1920). They are told of how the settlers held their ground in the famous courtyard of Tel Hai, despite all the hardships. How the dispute over the borderline between the British Mandate in the Land of Israel and the French Mandatory territories in Syria and Lebanon had turned the upper Galilee into a wild, no-man’s land. How the conflict between the French and the troops loyal to the deposed king of Syria created a particularly tense situation in the region. How armed Bedouins surrounded the courtyard of the Tel Hai settlement, demanding to search it for French soldiers. How the Bedouins eventually found a woman holding a gun and tried to take it from her, and how a riot broke out when she refused, marking the start of the great battle.

That woman was Devorah Drechler.

Drechler was born in the Ukraine in 1896. Though hers was the only Jewish family in her village, they nevertheless maintained Jewish traditions and were sympathetic to the “Hibbat Zion” Zionist movement in Russia. In 1913, Devorah arrived in the Land of Israel, to join her sister, Chaya, who had immigrated several years before and married Eliezer Kroll, a member of Hashomer (“The Guard”), the Jewish defense organization. Because of her sister and brother-in-law’s connections, Devorah also joined a group of Hashomer members who settled that year in the northern community of Tel Adash, known today as Tel Adashim.

Drechler quickly integrated into the group.  It was in this setting that she found a sense of purpose and satisfaction, a fulfillment of her dreams and ideas. Like most of the (very few) women in the group, she was assigned jobs that were considered “women’s work”. This entailed cooking, cleaning and laundering, while the men undertook the agricultural work, and in the case of Hashomer — security duty. The pioneers of the Second Aliyah (Zionist immigration wave) were certainly conservative in matters of gender and the local farmers, who had arrived earlier, were also reluctant to allow women to undertake these positions. Nevertheless, Hashomer women were usually capable of riding horses and firing weapons. These were important skills for women left on their own, at home, while their husbands and the rest of the men traveled to other settlements for work or guard duty.

Drechler and the other young women were dissatisfied with the exclusion of women from matters of security, from secret committee meetings, and by virtue of that from full membership in Hashomer. The protest led to the decision to divide the organization’s women into two groups: active female members, who would have full and equal rights including voting rights in the organization’s meetings, and passive female members who, while being members, could not vote in the meetings or for the council. In the first group were the wives of the organization’s founders, such as Manya Shochat and Rachel Yanait, both of them women of high stature regardless, who had been part of the group for many years. The second group consisted of women who had married male members as well as single women, such as Devorah Drechler.

That was still not good enough. Drechler was one of the women who subsequently led the “women’s revolt” in the Hashomer organization. Ahead of the group’s annual meeting scheduled for the end of 1918, Devorah and two other women published a letter addressed to all members in which they announced that they would not be able to continue working unless their demands for equal and full rights were met. “And as we have been members in daily manual labor for years, so shall we be members in every aspect. There can be no meeting held without us, no secrets hidden from us. And if the male members do not have enough confidence in us for this, they must say so openly. Then we will know where we stand, and we will seek other ways to complete the work that brings us closer to our goal, which is the same as yours.”  At the meeting that followed, it was finally decided to accept all women as equal members in the organization, a decision that remained in effect until the final dissolving of Hashomer about a year and a half later. Although only two meetings were held after that meeting until the organization’s dissolution, researcher Dr. Smadar Sinai says it was still a considerable achievement for the young female members, among them Devorah Drechler.

The struggle for equal rights during those years was not just the concern of the women of Hashomer and Tel Adash. In the settlements and kibbutzim set up at that time, women fought for their right to take part in the “prestigious” agricultural work in the fields, and we mention here as well, the struggle of Miriam Bratz, “The First Mother” of Kibbutz Degania, whose story will be told in due course.

Devorah did not shy away from difficult tasks, as can be seen in her struggle for equality in her organization. During World War I, despite the fear imposed by the Turkish regime, she made daily visits to Hashomer’s prisoners in Nazareth, bringing them food and information. She also did not hesitate when the group sent her as reinforcement to Kfar Giladi, or from there to help defend the Tel Hai settlement: “On the front you go where they send you, no questions asked,” she was quoted as saying by fellow member Pinhas Schneerson, who assumed command of Tel Hai after the fatal wounding of Joseph Trumpeldor.

This was how Drechler came to be at Tel Hai and how she found herself assigned to a defensive position on the top floor of the courtyard’s main building. The fact that she carried a gun at such a tense and critical moment is indicative of her ability to use it if needed and the level of trust her friends placed in her. In that top floor room with Drechler was another woman — Sarah Chizik. According to the story, their bodies were found in an embrace, alongside the three other members of the group who were killed in the room. Both were exemplars of women who fought for their rights and did their part, whether toiling under the hard sun or fighting on the battlefield.

Thank you to Dr. Smadar Sinai for her assistance in the preparation of this article.