Celebrating Silvester, AKA the Secular New Year, in Israel

Home > History of Israel > Celebrating Silvester, AKA the Secular New Year, in Israel
Land of Israel

You can’t keep a good excuse for a party down. From the time the British introduced the Gregorian calendar, Israelis have celebrated New Year’s Eve. 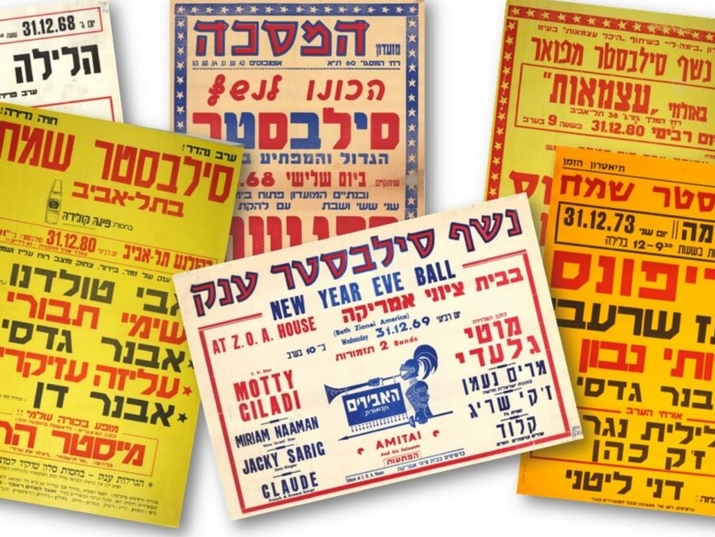 Celebrating the Gregorian calendar new year has always been a topic of controversy in the Jewish state. The Jewish calendar, after all, predates Pope Gregory XIII’s calculation by some four millennia, and the region functioned for centuries under the Ottoman Empire’s rumi calendar.

Nonetheless, the Gregorian calendar was adopted for civil use with the British conquest of the Ottoman Empire, on March 1, 1917, and the beginning of the year reset to January 1 in 1918.

In the first decade of the British Mandate, the local Orthodox Christian population marked the new year according to the Julian calendar in mid-January, Muslims celebrated the new year in summer, and the Jewish population honored Rosh Hashana in early fall.

British Army soldiers stationed in the region had their big blow-outs at Christmas (see “Biscuits, bully beef and beer”), but by the mid-1920s, with British officialdom firmly in place, New Year’s Eve celebrations were organized. In 1927, several wives of British bureaucrats based in Jerusalem are recorded as having held a dinner party followed by a ball on New Year’s Eve.

The Jewish population of pre-state Israel in the 1930s didn’t celebrate the Gregorian New Year, and instead embraced Hanukkah as its winter celebration.

Advertisements for New Year’s Eve celebrations, even if they were held at the Jewish-owned Mugrabi Theater in Tel Aviv, were targeted to English and Arabic speakers. The Jewish population announced its mid-December Hanukkah balls in Hebrew.

This article was originally published on the Israel21c website, read the rest of it here.