Marcia Freedman and the Fight Against Domestic Violence in Israel

Transcripts of the first-ever Knesset session dedicated to domestic violence against women reveals how indifferent, detached and even cynical Israeli politicians of the 1970s were when it came to this subject 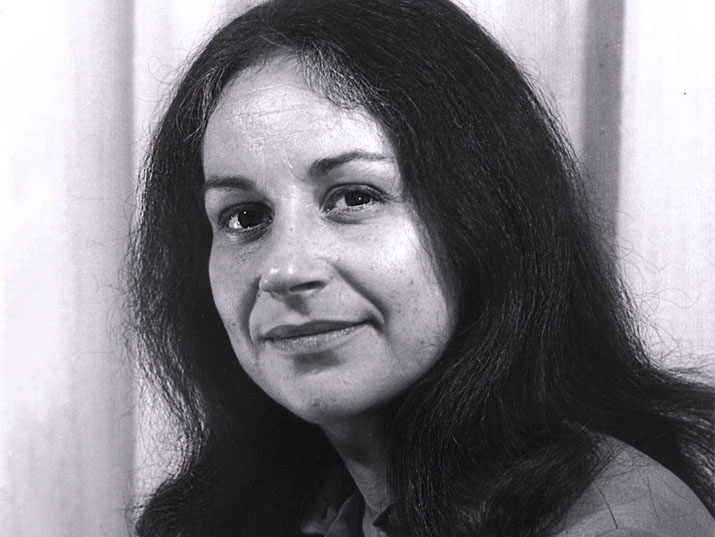 “The Knesset took a short break yesterday from the “heavy” topics to hear (with a half-grin, for some reason) about a particular kind of violence: ‘Women battered by their husbands’.”

Member of Knesset (MK) Avraham Givelber, the Deputy Speaker, who chaired the session:

Members of the Knesset, we move on to the next item on the agenda, presented by MK Marcia Freedman, regarding ‘women battered by their husbands.’ Permission to speak is granted to MK Freedman.

What about the other issue, husbands who are battered by their wives?

If a woman beats her husband, the husband should be arrested.

I’m surprised you find this matter so amusing, and this proves exactly what I have to say today.

Though it may be hard to believe, this was how the first discussion ever to be held in the Israeli parliament on the topic of domestic violence against women began. When MK Marcia Freedman raised the issue, she surely did not imagine her colleagues at the Knesset would find it entertaining. The minutes of the session show that instead of dealing with the problem, the MKs repeatedly responded with ridicule and laughter, raising “objections” by interjecting that women too, beat their husbands.

If a woman reports to the police that her husband beats her, do the police open a case file?

And if the case is the other way around, and a man reports that his wife beats him, is a file opened then, too?

There are some husbands it might do good to be beaten by their wives.

MK Grupper, you don’t look like the kind of guy whose wife beats him.

You haven’t seen his wife – how do you know?

The minutes show how Freedman had to convince those present there was even a problem at hand. Even the minister responsible for these matters didn’t see what there was to discuss.

In all seriousness… I cannot say that there is a specific problem of violence inflicted by men against their wives.

That’s the problem – that you don’t see it.

This has been a problem since the days of Ahasuerus and Vashti.

As I said, this problem is one of the many issues of violence in our society.

It seems this is a very amusing topic.

Despite the “light” atmosphere and the common belief that the phenomenon was not one that required any special attention, Marcia Freedman did not hesitate, and  gave a riveting, shocking speech that created an opportunity to deal seriously with the matter for the first time in Israeli history:

In Shakespeare’s day, the law stated: ‘If a man beats a criminal, a traitor, an apostate, a villain or his wife – it is not considered a violation of the law.’ Today, the law and the police rightly protect all people from violent assaults, including criminals, traitors, apostates and villains. However, a married woman is still left forsaken, at the mercy of her husband, who may beat her more often than we may imagine.

Because of the conspiracy of silence regarding this issue, we do not have substantiated information as to the extent of the problem in this country. The police do not keep a record of most reports because, according to them, most injuries are limited to ‘bruises’, causing no bleeding or broken bones. Therefore, according to police policy, this kind of violence is not considered a matter of public interest.

Despite the conspiracy of silence, the estimated number of battered women in Israel is in the thousands rather than in the hundreds. A British parliamentary committee investigated the issue in England and found that one in a hundred men regularly assault their wives. There is no reason to assume our situation is any better. It is important to understand that violence against women is not a phenomenon restricted to poor neighborhoods or development towns.

Freedman did not hesitate to confront the police who demonstrated a forgiving approach to such violence:

When a woman turns to the police, she faces humiliating, belittling treatment. She is usually told, ‘This is not an issue of public interest. We don’t deal with domestic matters.’ Sometimes, if an officer considers himself something of a psychologist or moral keeper, he may say, ‘If you had behaved, he wouldn’t have hit you. Try to be nicer to him.’

Upon conclusion of the discussion, two proposals were put forth: The first, proposed by the Minister of Police himself, was that the topic not be included in the Knesset’s agenda. The second proposal was to assign the matter to the relevant Knesset committee. The result of the vote was 20:9, and Marcia Freedman’s proposition was accepted. And so, the issue of battered women went from being regarded as a matter “unworthy of public interest” to an official problem acknowledged by the Knesset and state authorities.

For MK Marcia Freedman, promises alone did not suffice. She was among the founders of Israel’s first shelter for battered women and a pioneer in the field of women’s rights in Israel.

If youe liked this article, try these: The Rebel Woman Who Fell in the Battle of Tel Hai

The Hebrew Women of His Majesty’s Armed Forces An Untold Story: The Bravery of the Women of the Damascus Affair