Henry Ford was one of the most notorious American anti-Semites of the 20th century. His grandson, however, was an ardent Zionist. A collection of rare photos from Henry II’s little-known visit to Israel appears here for the first time. 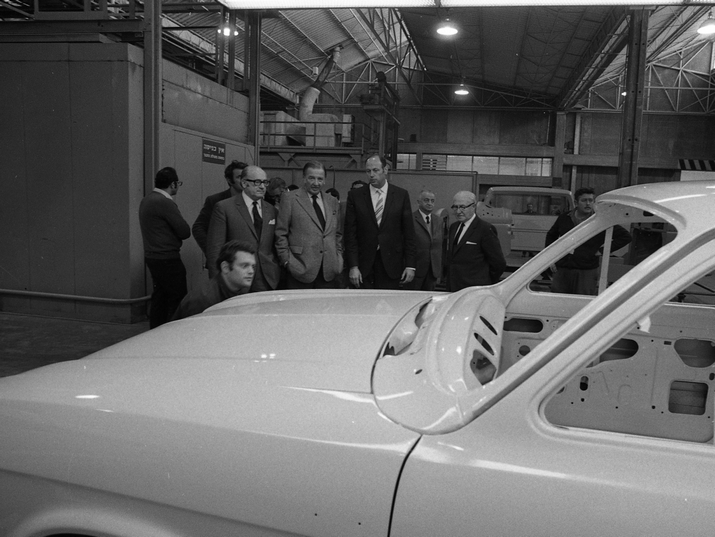 In the coming years, The Dearborn Independent would liberally cite and elaborate upon “The Protocols of the Elders of Zion”, blaming the international Jewish conspiracy for war, poverty, Bolshevism and even “Jewish Jazz-Moron Music”. The International Jew: The World’s Foremost Problem – a sort of “greatest hits” of anti-Semitic articles published in the paper – was released soon thereafter as a four-volume set, distributed in Ford dealerships across the United States and translated into German.  Interestingly, the American edition does not mention Ford’s name, while it appears prominently on the best-selling German one.

Less than a half-century after The Dearborn Independent shut down following a libel suit, Henry Ford II was in the State of Israel visiting a Ford plant in the Galilee. If the elder Henry Ford’s anti-Semitism is legendary, his grandson’s Zionism and support of Jewish causes is certainly less well-known. 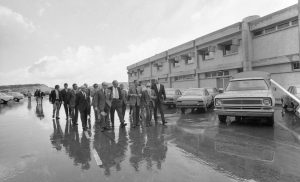 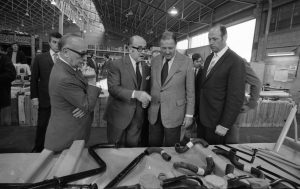 In September 1945, just a few weeks after his 28th birthday and the official surrender of the Japanese, Ford II became the dynamic new president of the automotive giant. Known as “Hank the Deuce”, the young executive led the company for the last two years of his grandfather’s life and then for the decades that followed.

Shortly after Israeli independence, Hank the Deuce oversaw a trade deal that would see a major shipment of automotive parts to help alleviate the young state’s transportation crisis.

The next year, Hank the Deuce personally presented Israel’s first president with a Ford Lincoln Cosmopolitan. Reportedly the only other recipient of that specific model was U.S. President Harry Truman. A $50,000 contribution from Hank the Deuce in 1950 made him the top donor to the United Jewish Appeal’s first ever Christian Committee Campaign for Israel. 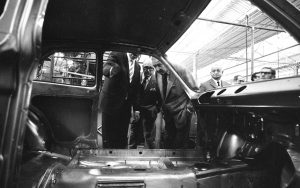 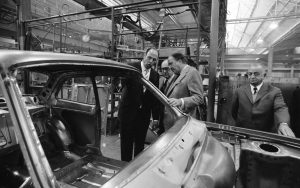 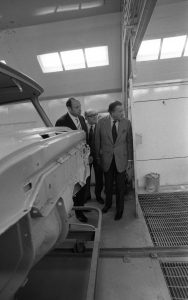 Shortly thereafter, Hank the Deuce fulfilled his promise to have a Ford assembly plant in Israel and maintain business dealings with the Jewish State, refusing to give in to boycott threats despite extensive and lucrative interests across the Arab world. The Arab boycott took effect and cars began rolling out of the plant in Nazareth, at which point Hank the Deuce reportedly said, “Nobody’s gonna tell me what to do.” 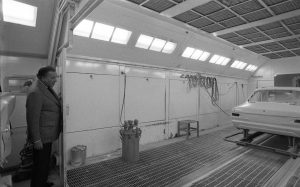 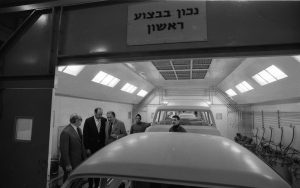 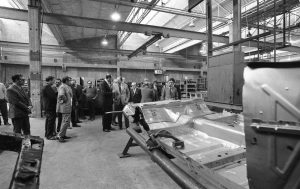 He later elaborated on the decision, “It was just pragmatic business procedure… I don’t mind saying I was influenced in part by the fact that the company still suffers from a resentment against the anti-Semitism of the distant past. We want to overcome that. But the main thing is that here we had a dealer who wanted to open up an agency to sell our products – hell, let him do it.”

The first Ford Escorts – with tires, batteries and paint “Made in Israel” – came off the Nazareth production line in the spring of 1968. A newspaper article reported the initial output: three vehicles per day, with plans to expand to eight! 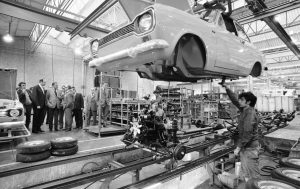 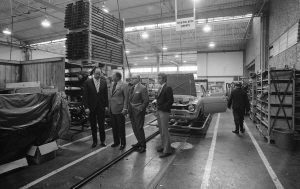 In October 1971, a festive celebration marked the plant’s 15,000th Escort.  The next year, the plant began assembling a new four-door model, the Escort 1300, and Hank the Deuce came for a visit. A collection of rare photos of that visit from the Dan Hadani Archive, part of the National Library of Israel’s Pritzker Family National Photography Collection, are presented here for the first time.

The prime minister of Israel at the time of Henry Ford II’s historic 1972 visit to Israel was the Russian-born American-raised labor Zionist Golda Meir and the Ford plant in Nazareth was located just a short distance from Har Megiddo – known as “Armageddon” in English – the site of the Final Battle described in the Book of Revelation.

Some fifty years earlier, a Dearborn Independent article entitled “Will Jewish Zionism Bring Armageddon?”, had decried the “overwhelmingly predominant Bolshevik element” in the modern Zionist movement, the fact that the “Jewish government of Palestine is very much like that of Russia—mostly foreign”, and the misguided “Christian friends of the Jews” who supported the Zionist project. Interestingly, while The Dearborn Independent was unequivocally anti-Semitic, it also seems to contain a sort of perverse, couched respect for Zionism – at the least in its religious, messianic form; though certainly not the secular, socialist variety that largely characterized the Zionist movement at the time.

Henry Ford the grandfather once said, “Of all the follies the elder generation falls victim to this is the most foolish, namely, the constant criticism of the younger element who will not be and cannot be like ourselves because we and they are different tribes produced of different elements in the great spirit of Time.” 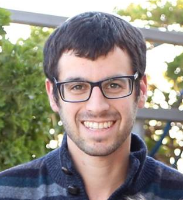 Zack likes history, reading and thinking (not necessarily in that order), and tries to learn something from everyone. He lives in Jerusalem with his wife and three smart and cute kids, for which he is grateful.

For more stories by Zack Rothbart >>