The man believed to be "Ivan the Terrible", a notorious Nazi war criminal, was brought to Israel to face charges in 1986, but the affair ended in doubt and mystery 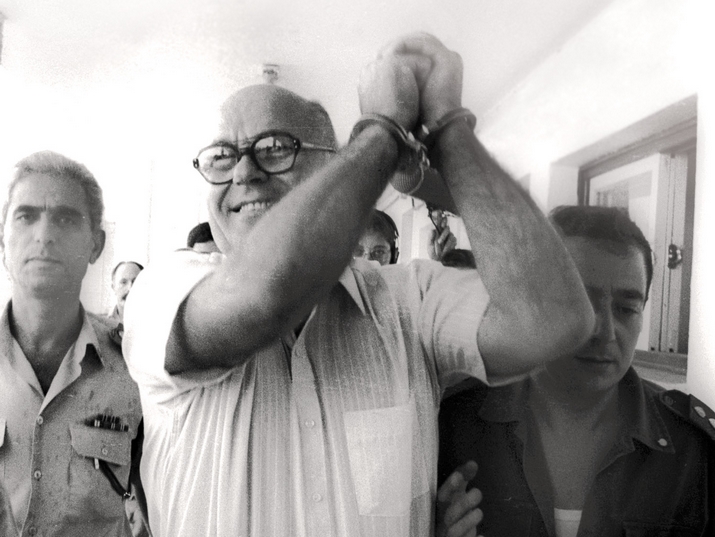 “A primitive thug, thick-legged, with a Slavic face, tall, constantly earning pats on the back from his Nazi commanders. That’s how he appears in my dreams. Perhaps because of his great cruelty he seems much larger than he truly was. Perhaps he’s not even that big, perhaps he’s small, but in my memory, he is a sort of cruel giant…”

This was how Samuel Willenberg, the last survivor of Treblinka, the Nazi death camp, described the figure known as “Ivan the Terrible”, the infamous, sadistic camp guard who operated the gas chambers.

He was believed to have been a former Ukrainian prisoner of war, retrained after his capture by the Germans to man the facilities of the extermination camp. Ivan the Terrible (“Ivan Grozny” in Russian) delighted in torturing the inmates. He used his hands, whip and even a sword, with which he cut off ears and limbs of his victims before they were later put to death, according to the testimony of survivors and other guards.

In the chaos of the war’s final years, Ivan the Terrible managed to slip away and disappear. His true identity remained unclarified and his crimes forgotten by many.

In February of 1986, more than 43 years after Treblinka had ceased to exist, Israeli authorities believed they had finally put their hands on the elusive war criminal.

John Demjanjuk emerged from an EL Al commercial airliner with his hands cuffed, and was slowly led down the stairs and onto the tarmac of Ben Gurion International Airport by a police escort.

“He’s a Nazi, he’s a killer” Israeli Prime Minister Shimon Peres told the international press, while Demjanjuk, using broken English, told the judge presiding over a preliminary hearing: “I am completely [the] wrong person. I was never once in that place, that everybody telling me, Treblinka…” 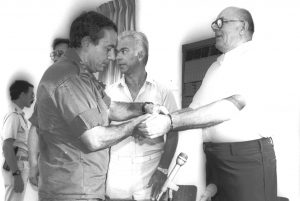 John (formerly Ivan) Demjanjuk had been extradited from the United States, where he had lived a quiet life as a Cleveland auto mechanic since his arrival with wife and child in 1952. It was only in 1975 that US authorities learned of his past as a Nazi camp guard. His photograph was soon identified as matching the appearance of Ivan the Terrible by Treblinka survivors, resulting in the revoking of his American citizenship. Still, it took more than a decade for the extradition to go through.

The Demjanjuk trial, which began a year after his arrival in Israel, was organized as a media event. Emotional testimony by survivors was broadcast live on television, from the stage of a converted Jerusalem movie theatre, with an emphasis on painful details that recalled the trial of Adolf Eichmann 26 years earlier. The reasoning behind this was that the significance of the crimes could only be understood by the retelling of their full context.

“I received blows from him! I saw what he did and he remembers me. Refresh his memory well and he’ll remember me!” testified Treblinka survivor Eliahu Rosenberg in Hebrew, his voice raised, while leaning forward in the witness stand and staring straight at Demjanjuk. Seconds later, an audience member interrupted the proceedings with cries of “Murderer! Murderer!”

Demjanjuk was under constant supervision while in Israeli custody. Seven guards took turns watching over him, with an adjacent jail cell converted into a guard room. A private yard was also designated for Demjanjuk, who was allowed to spend an hour a day there.

Upon his arrival, the contents of the cell at Ayalon prison in Ramla consisted of shoes, slippers, toothpaste and a toothbrush, as well as two cups, one of them blue. Demjanjuk would soon decorate the walls of his living space with photographs, postcards and Christmas ornaments.

Demjanjuk’s legal defense team, originally headed by American attorney Mark O’Connor, was later joined by Yoram Sheftel, a colorful character who had made a name for himself by representing the Jewish-American Mafia boss Meyer Lansky. Sheftel wrote of his “close and special relationship” with Lansky, who had sought refuge in Israel from tax evasion charges before being deported back to the US. The Israeli attorney described the mobster as an “ageing, warm-hearted, sharp-witted Jew” in his book, “The Demjanjuk Affair” (1993).

Throughout the trial, Sheftel continuously insisted that the photo spread used to identify Demjanjuk as Ivan the Terrible was insufficient for a conviction. He cast doubt on what he saw as unreliable witness testimony, pointing out inconsistencies and contradictions in narratives of events that had taken place decades before. In the case of Eliahu Rosenberg’s testimony, for example, it would emerge that the survivor had previously stated his belief that Ivan the Terrible was actually killed in the Treblinka uprising of 1943.

According to Yoram Sheftel, Demjanjuk was the defendant in a “show trial”, orchestrated by the Israeli establishment for the sake of educating the public on the Holocaust

The judges were not convinced.

“We determine unequivocally and without the slightest hesitation or doubt that the accused, Ivan John Demjanjuk, standing trial before us, is Ivan who was called Ivan Grozny [the Terrible]” announced the presiding judge Dov Levin on April 18th, 1988. Levin and his fellow judges Dalia Dorner and Zvi Tal unanimously found the witness testimonies to be reliable, commending them for their precise, detailed accounts. Many of those called to the stand had seen Ivan the Terrible up close at Treblinka, and identified him with the photographs of Demjanjuk in his guard uniform which were presented to the District Court.

Demjanjuk was soon handed a death sentence. Capital punishment had only been carried out once by an Israeli civilian court, in the case of Eichmann.

It was during the appeal process that the turning point arrived. New evidence emerged in 1991, in the form of Soviet documents containing statements from numerous former guards at Treblinka. 21 of these guards, who had been tried in the USSR, identified Ivan the Terrible as one Ivan Marchenko, not Ivan Demjanjuk. They described Marchenko as having a large diagonal scar on his cheek, dark hair and brown eyes. He was already a father of three during his time at Treblinka, they said. Ivan Demjanjuk was blond, with greyish-blue eyes, no scar and no children until years later. A photograph of Marchenko was also presented to the court; it was clearly not the same person.

Ivan Marchenko was last seen alive in 1945. His fate is unclear.

This time, the judges decided that the evidence constituted reasonable doubt. It would take two more years, but on July 29th, 1993, Meir Shamgar, the Chief Justice of Israel’s Supreme Court announced: “Ivan Demjanjuk has been acquitted by us, because of doubt, of the terrible charges attributed to Ivan the Terrible of Treblinka. This was the proper course for judges who cannot examine the heart and mind, but have only what their eyes see and read[…] The matter is closed – but not complete, the complete truth is not the prerogative of the human judge.”

Demjanjuk was released and allowed to return to his home in Ohio, but one strange detail remained somewhat unresolved.

In his 1951 US visa application form, Demjanjuk had written “Marchenko” in the space reserved for his mother’s maiden name. This was a mistake, he explained to the court. He claimed to have forgotten that her name was in fact “Tabachuk”, writing a common Ukrainian surname instead. Perplexed, the judges remarked, “The question is not what was her true name but why did the appellant record that her name was Marchenko…”

16 years later, Demjanjuk would be extradited once more, this time to Germany, in May 2009. He was convicted again, but on charges that did not relate to Ivan the Terrible or Treblinka. Demjanjuk was found to have been an accessory to the murder of 27,900 Jews as a guard at the Sobibor, Majdanek and Flossenburg camps. He died in Germany in March, 2012 at the age of 91, after an appeal process had already been set in motion, but before it could be completed. This meant that according to German law, he died an innocent man.