A Celebrity’s Guide to Israel…

Home > Photographs > A Celebrity’s Guide to Israel…
Land of Israel

Some of the world's biggest celebrities have graced Israel’s shores over the years. Among them were some true “Israel lovers.” Here's a look at several typical stops on Israel's classic celebrity tourist trail… 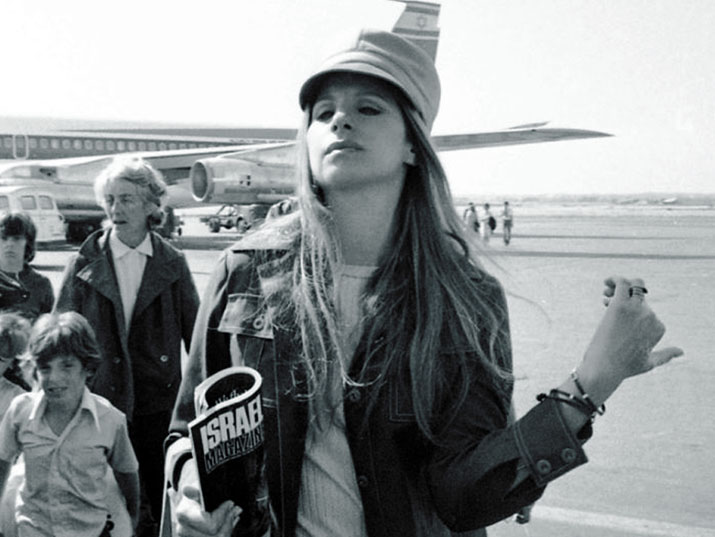 We Israelis like to see ourselves as worldly, even trendy. Sometimes we think we’re the 51st state of the United States, or at least part of the OECD that just happens not to be located in Europe. The truth is, we occasionally feel a bit lonely and anytime someone comes to visit, we might go a little overboard. Otherwise, how can we explain our insatiable thirst for celebrities from abroad?

Some of these famous figures come here to give a concert or even film a movie project, but our favorites, the ones etched into our collective memory, are the ones who make a point of stating just how much they “love Israel.” In some cases we will state it for them. In any case, we sure do a good job of wearing these famous friends out while they’re here.

This guide was compiled as a trip down memory lane for those unfortunate celebrities who have found themselves practically smothered by our love and appreciation. For us locals, it serves as a short history of celebrity visits to Israel. For celebrities thinking about visiting – it may be helpful to know what to expect on your visit to our tiny country.

Step One: Stepping Off the Plane

Every journey begins with one small step. So too begins the celebrity journey in Israel with careful, but symbolic, steps down the stairs from the plane. What can we say? It’s impressive and looks great in pictures. A variety of possible reception upgrades are available: bouquets, dignitaries, a crowd of adoring fans. Bear in mind dear celebrities – strike a memorable pose and we will remember it years later.  And never fear, we always have a moveable gangway on standby, ready to go, as if the visitor was no less than the Pope or the president of an enemy state, finally seeking to make peace.

As we all know here, there’s nothing like the Israel Defense Forces. And to make sure that the whole world knows it too, the second stage of a celebrity’s introduction to our country is a face-to-face meeting with IDF soldiers (we are looking into swag bags, for those interested…)

For those looking for a more in-depth experience, this attraction can also include a custom military demonstration – Frank Sinatra, as always, did it his way…

Step Three: Be Deeply Impressed by the Country’s Advancements

You may be surprised to discover that once upon a time, the celeb’s journey to the Holy Land wasn’t complete without a display of the local innovations. Except, we weren’t the start-up nation back then, and our displays of progress didn’t always impress our glittering guests. What were we thinking? Just read the anecdote actor Kirk Douglas included in his autobiography about his visit to Jerusalem in 1994:

After the ceremonies my old friend Teddy Kollek, the former mayor of Jerusalem, along with the staff of the Jerusalem Foundation, gave me a tour of the city. They showed me the newly erected soccer field, the biggest supermarket in Jerusalem and the new zoo. I understand that secular Israelis yearn to re-create an American lifestyle for themselves, and that a supermarket was a step in that direction, but frankly if I wanted to see a spectacular supermarket, I could have stayed in Beverly Hills . . .

That’s not what I wanted to see in the Holy City. When people like me come to Jerusalem, they want to see and experience what only this ancient city has to offer. Something that no other city or country can duplicate. Something spiritual.

[Excerpt from Climbing the Mountain – My Search for Meaning by Kirk Douglas (Simon & Schuster, 1997)]

Naturally, Douglas was referring to the city’s ancient sites that make it sacred to the three monotheistic religions. Perhaps he thought that that Israelis were wary of too direct a connection with the country’s history, and therefore preferred images of “progress.”

Incidentally, this anecdote might explain why we found hardly any pictures from previous decades documenting celebrities at the Western Wall, a site that is a not-to-be-missed attraction today.

Of course, there’s nothing like the image of a small child looking up at you with their big eyes to pull at the heartstrings. It’s no surprise then that the archives are chock-full of photos of our celebrity guests with sweet-faced Israeli children. Like this adorable picture of Goldie Hawn visiting a kindergarten.

With all due respect to adorable children and photogenic soldiers, throwing in some Jewish history never hurts. Although the story of the Jewish people is not all tragedy – disasters and catastrophes certainly do figure into it.

In case Yad Vashem is busy, you can always try another museum dedicated to Jewish history, and believe us, there’s no shortage of alternatives.

Israel’s universities also feature prominently in photos from celebrity visits. The prestigious Hebrew University of Jerusalem boasts two buildings on its campus with fairly familiar names. One is the Frank Sinatra Student Center.

On the Tel Aviv University campus, stars mainly visited the above-mentioned Museum of the Jewish People. The headliner this time around is Jane Fonda.

Step Five: Photo-ops with Leaders of the Country

The most coveted stars may – if they aren’t careful – find themselves invited to the Prime Minister’s Office or the President’s residence (or both) for a much photographed tête-à-tête, and sometimes also a  meal. This is what happened to Barbra Streisand, who was invited to meet with Prime Minister Yitzhak Shamir in 1984.

Two years later, a lucky Goldie Hawn got to meet Prime Minister Shamir while she was in Israel for the inauguration of an auditorium at the Tel Aviv Cinematheque built with her donation.

So dear celebrity, after you have visited every station on the trail, after showing your support for the State of Israel as the nation state of the Jewish people, after having kissed the country’s adorable children, and before you return to your own far-away lands, we beg you, please, please remember those of us left behind. And don’t forget to share with your dazzling friends the wonderful experiences you had here. Maybe even convince them to visit us themselves. We’re craving some stardust here!

An Extra Bonus Before We Go

In the spirit of full disclosure, there is also an alternative tour: in 1987, the actor Jack Lemmon stopped over for a visit in Israel. In the photos from that visit, Lemmon is seen walking around Jerusalem’s Old City, snapping pictures just like any other tourist. We were very impressed. But, on the other hand, what tourist accompanied by a team of photographers documenting him, actually documents what he is seeing? In a couple of pictures from that visit, we even spotted the very same Teddy Kollek mentioned in Kirk Douglas’s critical description (only this time, no supermarkets).