Ya'acov Ben-Dov is considered the founder of silent cinema in Israel. This is the story of the few remaining segments of his legendary first film, Judea Liberated. 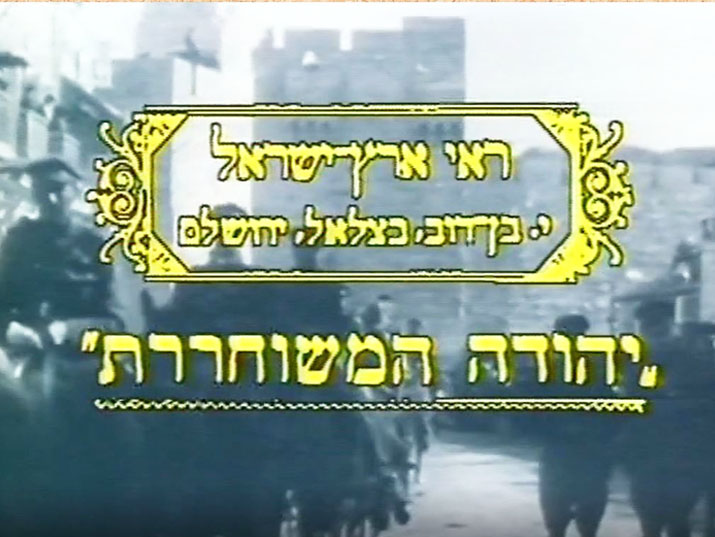 On a Tuesday afternoon in early December 1917, the second night of Hanukkah in the Hebrew year 5678, General Edmund Allenby entered the old city of Jerusalem, and the British conquest of the Land of Israel began. This was also the moment, according to the late cinema scholar Ya’akov Gross, that ushered in the age of Hebrew cinema. The Jerusalemite photographer Ya’acov Ben-Dov stood at the Jaffa Gate with his silent film camera, documenting the historic events. The segment was incorporated into a film Ben-Dov produced that year: the first Hebrew motion-picture, titled ‘Judea Liberated’ (Yehuda Ha’meshukhreret). The film’s production was an arduous process, and its fate afterwards is a rather open-ended story of many twists and turns… Let’s start at the beginning.

Ya’acov Ben-Dov was born in Ukraine. He attended the Academy of the Arts in Kiev and was already making a living as a photographer by then. He immigrated to Israel and was one of the first students to attend the Bezalel School of Arts and Crafts. He later became the head of the school’s photography department. As early as 1912, Ben-Dov reached out to Arthur Ruppin, the director of the Palestine Office of the Zionist Organization, asking for a loan of 2,500 francs from the national treasury to acquire a “cinematographic machine”, as he called it. Ben-Dov stressed that his films would serve the cause of “important propaganda.”

Though his efforts were futile, a few years later Ben-Dov won an award for his devoted service in the Austrian military during WWI – his first silent film camera. It was with this camera that he filmed Allenby in Jerusalem as well as many short scenes filmed all around the young Yishuv, the Jewish community in Palestine. These scenes made up Ben-Dov’s first silent film, completed in late 1918. The name of the film was “Judea Liberated” and ahead of its release an elegant program was produced listing the scenes in order. 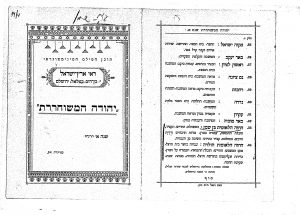 Several movies were produced in Israel even before “Judea Liberated” was completed, yet Ben-Dov was the first to successfully persist in his work for years, earning him the title ‘the pioneer of silent film in Israel’. However, the movie was damned even before its release. The production did not receive any support from the national institutions as Ben-Dov had hoped. Though it was eventually bought by theatres, and most likely screened, the film was not commercially successful. One of the film’s few copies stood at the heart of an ongoing trial involving Yehiel Weizmann (brother of Chaim Weizmann’s, Israel’s first president, and father of Ezer Weizmann, Israel’s seventh president). This copy made its way to London, South Africa, and its tracks were eventually lost in the United States in the 1930s. Only a few scenes survived and were fortunately incorporated into other films created by Ben-Dov.

The scenes, which were tracked down and identified by film researcher Ya’akov Gross, are all held at the Steven Spielberg Jewish Film Archive and include the following:

The scenes were edited by Ya’akov Gross, who integrated them into a short biographical film about Ben-Dov. Watch the scenes here:

Though somewhat defeated, Ben-Dov was not disheartened and pursued his efforts to produce movies in Mandatory Palestine. He and a partner established the Menorah Film Company. His second movie, the first film to be produced by the company, was titled ‘The Land of Israel Liberated’ (Eretz Yisrael Hameshukhreret) and was more highly regarded. Ben-Dov created at least thirty films, both through Menorah as well as later on with the support of the Jewish National Fund and Keren HaYesod. Most of these, like “Judea Liberated”, were lost.

And yet in the late 1920s Ben-Dov’s star began to fade. The sound revolution in filmmaking and technological advancements left this pioneer cinematographer behind. The JNF and Keren HaYesod opted not to purchase his films, and he eventually sold his film library to the producer Baruch Agadati who freely incorporated Ben-Dov’s materials into his movies. And so, just like his first film, the memory of Ben-Dov’s work in silent film cinema was lost; only years later would it again be widely recognized.

Nathan Gross and Yaacov Gross, The Hebrew Film: The History of the Silent Film and Cinema in Israel [Hebrew], Jerusalem: authors’ edition, 1991

The videos in this article are courtesy of the Steven Spielberg Jewish Film Archive.

A Glimpse of 19th Century Jerusalem When the Mayor of Jerusalem Begged the British: Let Me Surrender! Rare Images: When the Land of Israel Shook in 1927