Confusion and combat preceded the grand opening of Israel's main airport, some six months after the young state's founding 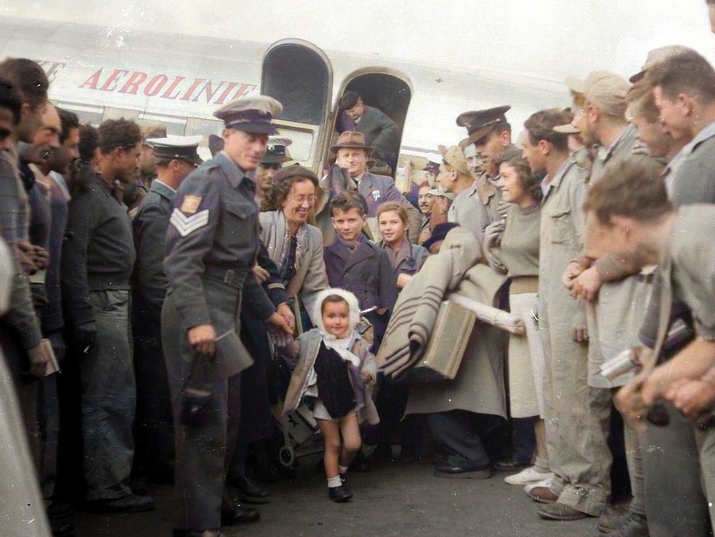 “Disorder, noise and incompetence” were used to describe the Port of Haifa in 1947, “modern – though already inadequate,” one of multiple “gateways of the Mediterranean [that] exploit rather than serve the traffic on which they thrive.”

The roughly decade-old Lydda Airport (today’s Ben Gurion Airport), on the other hand, was then a place of “order, civility, and efficiency.”

That would change dramatically just over a year later, as the British Mandate drew to a close, virtually all British officials left Mandatory Palestine in the months leading up to May 15, 1948, as war and chaos reigned.

The morning after the passage of the UN Partition Plan in November 1947, five passengers on an Egged bus were killed after it was attacked adjacent to the airport. They were apparently the conflict’s first casualties.

How or when exactly that airport chaos and confusion started was quite unclear at the time, with varying and even contradictory reports coming out.

On April 21, the head of customs at the airport on behalf of the British authorities issued a rather unexpected statement “suddenly and without any prior warning,” that effective immediately he would no longer be responsible for any of the goods stored in his office. He essentially and practically abandoned the property under his care, including those items not destined for Mandatory Palestine at all, but simply in transit on their way to other destinations, including the Far East.

The confusion continued the following week, as the airport ceased operations.

Perplexingly, more than one “last” flight out of Lydda was reported during those turbulent days.

An Associated Press report cited on April 26, indicated that the last flight, belonging to Air France, had taken off the previous morning, yet on April 28, the following was published:

“The evacuation of British civilians from Palestine will be virtually completed today, when all Britons except 20 high Government officials will fly to the U.K. Their flight from Lydda will be last from that Airport under British administration.”

The chaos of confusion and war (not to mention the limitations of communications technology at the time) left many things hazy.

Rumors circulated that the British had handed the airport over to Arab Legion forces, though it soon became clear that the British themselves hung onto it (at least a bit longer), even reportedly killing a number of Arabs who had tried to loot the premises.

The exact circumstances surrounding the cessation of proper operations was also anything but clear. Zionist outlets reported that the Jewish airport employees had abandoned their posts after the British had refused to protect them. A similar account appears in At the Gates of the State, an official history of the airport, which also adds that despite three Jewish employees refusing to evacuate, all of the others left by April 23, “after collecting a lot of equipment”.

The evacuees included members of the Haganah’s secret Tsipora Unit, which had been organized shortly after the war began in order to protect Jews in and around the airport.

According to the official British account of that day’s events, it had “ceased to function normally, because members of the Jewish staff had sabotaged operations by making off with 18 transmitters.”

The general chaos and confusion of the time had many ramifications, including the end of airmail services – then a critical means of communication with the outside world. In mid-April, it had apparently been announced that airmail service would cease on May 10, just a few days before the official end of the British Mandate. Yet with the airport no longer functioning as of that last week of April, airmail service abruptly stopped. Letters piled up, many of them likely never reaching their destinations.

Regardless of the order of the events, Lydda Airport was, in fact, ultimately taken over by Arab forces, who controlled it for a couple of months until it was captured by the IDF in July 1948, part of the massive and critical Yigal Alon-commanded “Operation Danny”.

The following first-hand account of the battle appears in At the Gates of the State:

Just a few months later, on Wednesday, November 24, 1948, the airport was once again operational as:

“Letter number one in Israel’s newly-inaugurated air mail service was delivered to the Minister of Communications, Mr. David Remez… when the airport was opened to civilian traffic under Israel [sic] management.”

There was no British presence in sight, though Air France, Czech Airlines, and T.W.A. ticket counters, among others, could be found in the new airport, which also boasted restored radio and telecommunications equipment.

In addition to foreign companies, not one, but two Israeli airlines had also already contracted to use the facility: El Al and the now-defunct Aviron.

In the coming months and years, Lydda Airport would welcome thousands of Holocaust survivors, other immigrants and tourists. Its name would be soon be changed to “Lod Airport” – using the biblical Hebrew form of the nearby town’s name – before ultimately being renamed “Ben Gurion Airport,” following the death of Israel’s first prime minister.

A few months after the grand reopening in late 1948, Uri Michaely, acting director of Israel’s Department of Civil Aviation, declared:

“We hope that the time will soon come when, with the restoration of peace, air communications between Israel and the Arab countries can be resumed… We are looking forward to the time, no longer distant, we hope, when planes with the emblem of Israel on their wings will take to the air for all parts of the world, carrying the message of Israel reborn to the Jewish people wherever they are.”