Author Lisa Leff, winner of the 2016 Sami Rohr Prize for Jewish Literature, offers her thoughts on the significant role played by Jewish research libraries, which she believes serve as "a kind of portal to the past" 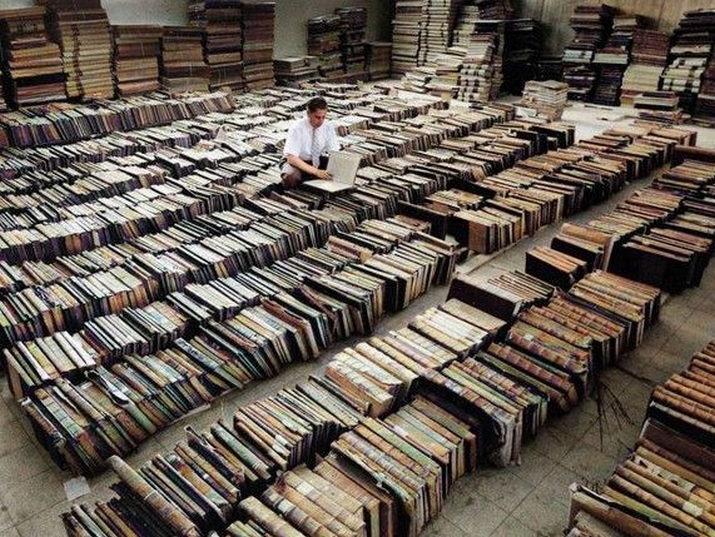 As a Jewish historian, I’ve spent decades traveling across the world to read old and rare Jewish books in the research libraries that house them. Physical books are fragile things, and for people in my profession, there is nothing quite like them. These bundles of paper, sewn or glued together and bound between covers, contain writing that, once deciphered, connects us to voices from the Jewish past in a way that can feel eerily direct. So direct, in fact, that it’s easy to forget that without the librarians who have cared for the books over the years, we would not be able to access the voices they contain.

It used to take some detective work to figure out where a long-out-of-print book might be held. But today, thanks to the massive catalog digitization projects of research libraries such as the National Library of Israel, that information sits at the fingertips of anyone with an internet connection. One thing that remains as mysterious as ever is how books like the ones I pursue– written by Jewish writers centuries ago in Europe– survived through the years.  Just as mysterious is the question of why so many of these European books have found their way into the collections of the National Library of Israel and other major Jewish research libraries outside of Europe, far from where they were written and published.

The fact that these books survived at all is truly amazing, given the massive destruction of Jewish life and property by the Nazis and their allies, and the fact that Jewish libraries had been singled out for looting. The books’ survival was no accident. During the Holocaust, Jews in Europe did whatever they could to protect their libraries and archives, sometimes at extreme risk to themselves and their families. This was the case, for example, of the heroic slave laborers of Vilna’s Paper Brigade, who hid precious books from the Nazis to save them. Similarly, in France, the leaders of the Paris Consistory are purported to have protected their archives from Nazi looting by hiding them in the walls of the Rothschild family’s chateau.

Despite these efforts to protect Jewish collections, the Nazis laid their hands on millions of European Jewish books and papers and brought them to Germany. When the Allies stumbled on them at the end of the war and proposed to return only the books whose owners could be easily identified, Jewish cultural activists in New York and Jerusalem were horrified. Knowing the scope of the destruction, they knew such a restitution would be very partial, since so many of the original owners had perished and most of the great Jewish libraries of Europe had been destroyed. Knowing the Allies’ policies, they feared the worst: that these books would remain in Germany, where few Jews remained.

To ensure that Jewish books would be preserved for future use in the new centers of Jewish population, Jewish cultural activists mobilized. On behalf of the Jewish National and University Library (the NLI’s predecessor), Gershom Scholem traveled to Allied-occupied Germany and returned with many rare books and manuscripts. Through Scholem’s work and that of many others, Jewish research libraries today serve as a kind of portal to the past, where contemporary Jewish writers can, in some sense, commune with Jewish writers from bygone centuries through the act of reading old books.

The Sami Rohr Prize for Jewish Literature shines the spotlight on emerging writers because its founders understand that over the course of their careers, these writers will play a critical role in interpreting and transmitting Jewish culture for new generations. Without libraries like the National Library of Israel, institutions dedicated to the preservation of voices from the Jewish past for use by future generations, Jewish writers could not do this important work.

Together, the National Library of Israel and the Sami Rohr Prize are working to preserve voices from the Jewish past while nurturing talent that will ensure the future of a vibrant, global Jewish literary culture.

The Sami Rohr Prize for Jewish Literature and the National Library of Israel recently announced a new collaboration that will promote their shared vision to further cultivate a vibrant international Jewish literary culture and community. Read more here.