Love Songs From a Poet Who Was Banned From Publication

The poet Dorian, a doctor by profession, devoted his entire collection to his daughter and published it as his first book under the name "Poems to Lelioara," in 1923.

In the framework of the routine catalog activity of the National Library, a special item was recently unearthed from the Collection of Jewish Romanian Intellectuals’ Private Papers. This item sheds new light on the literary activity of one of Romania’s Jewish poets and writers. The 1920’s notebook was used for drafting the first book of poems by the poet and novelist Emil Lustig, who published his works under the pseudonym “Dorian,” which became later his official family name. This archival material contains most of the poems that were published in Dorian’s first book.

The poet Dorian, a doctor by profession, expressed his longing for the birth of his eldest daughter, Lilia, whom he called Lelioara through the medium of poetry. Dorian devoted the entire collection to his daughter and published it as his first book under the name “Poems to Lelioara,” in 1923.

Along with corrections, deletions and additional poems that have not yet been published, this manuscript of poems contains illustrations and poems dedicated to the poet’s wife, Paula. Dorian bridged his tendency to artistic writing and his delivery as a physician and also wrote books in a popular vulgar style on medicine and sexuality.

Young Dorian was drafted into the Romanian army during the First World War, but it was during World War II, at the time of the fascist reign of Marshal Antonescu, that his works were marked as Jewish works and were banned. 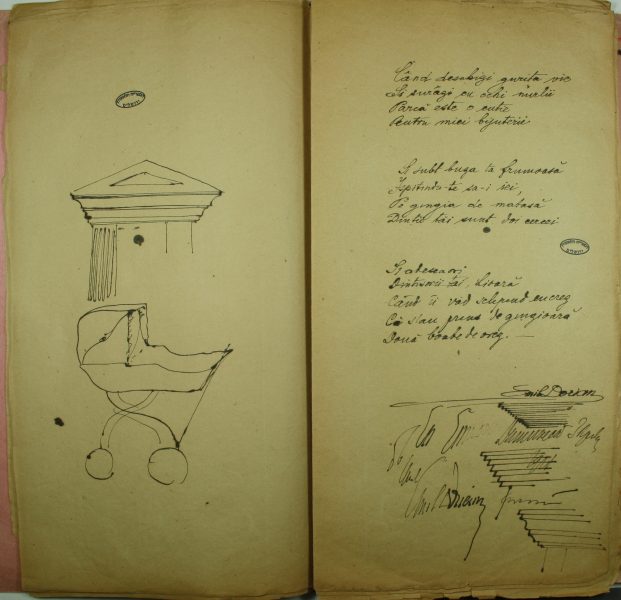 As a poet, Dorian was once again launched to fame two and a half decades after his death in 1973 when two of his diaries were published. These diaries brought to light the Romanian Jewry’s confrontation with rising anti-Semitism from the late 1930s until Dorian’s death in 1956.