Take a musical voyage through three melodies written to different verses from the “Avinu Malkeinu” prayer, embarking from the widespread Ashkenazi tune, passing through a familiar Chassidic niggun and ending with Max Janowski’s melody. 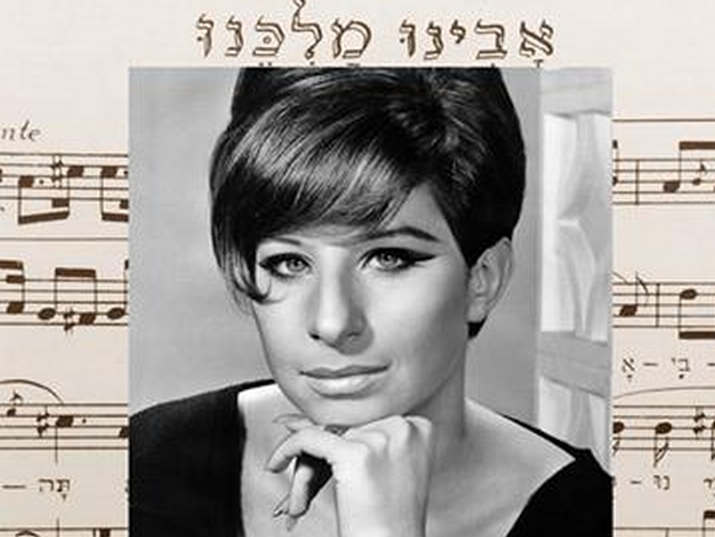 The Machzor prayer book instructs, “The Ark is opened.”

The “Avinu Malkeinu” [Our Father Our King] prayer, whose roots reach back as far as the Talmudic era, is one of the familiar prayers most closely identified with the period of the “High Holy Days,” the days between Rosh Hashana, the Jewish New Year, and Yom Kippur, the Day of Atonement.

Despite different customs regarding its manner of recitation in various communities, primarily among Ashkenazic Jews, parts of the prayer are sung in different melodies. For now, we will focus on just three of the melodies written to compliment various verses from the “Avinu Malkeinu” prayer. The first is a widespread, familiar tune sung in many Ashkenazic congregations. The second, a melody attributed to Rabbi Shneur Zalman of Liadi, the founder of the Chabad movement, and the third, and the most recent of the three, is the work of the composer Max Janowski.

“Is it known who composed the familiar, widespread and common melody of ‘Avinu Malkeinu’?” I asked Professor Eliyahu Schleifer, the musicologist and cantor.

He replied, “I’m sorry to disappoint you… unfortunately, I don’t know who composed the well-known tune of ‘Avinu Malkeinu.’”

Schleifer referred me to the book “Otzar Neginot Yisrael” [Thesaurus of Hebrew Melodies], written by the composer, musician, researcher and ethnomusicologist Avraham Zvi Idelson to learn more. The book is comprised of ten volumes of musical notes published between 1914-1932 and compiles the results of Idelson’s research which consisted of collecting and documenting melodies and tunes of the various populations at the beginning of the twentieth century. Schleifer explained that the earliest publication of the melody that he is aware of appears in the tenth volume of “Otzar Neginot Yisrael” from 1932, the topic of which is “Hassidic Songs (Gesange der Chassidim).”

Two different versions of the tune appear in this volume. “In the first version, the melody appears as the second part of a Hassidic niggun (the first part is slow and has a 4/4 meter). In this version, the melody is divided into solo parts and choral parts, and at first glance, seems completely different than the melody customarily sung today. The second version is also not exactly like we sing it today, but if we ignore the introduction, the popular melody is easily recognizable.”

The melody makes another appearance in an almost identical version to the one we are familiar with today in the booklet, “Shirei Eretz Yisrael,” [Songs of the Land of Israel] from 1935 by Jakob Schonberg. It seems the niggun was very popular in the Land of Israel during the Second Aliyah period and, surprisingly, it was widely sung by the socialist leaders of the Kibbutz Movement.

Raphael Pischi, one of the long-time members of Kvutzat HaSharon in Ramat David, told an interesting anecdote: “The attitude toward May 1 celebrations in Kvutzat HaSharon, was one of uncertainty and I was among those who refrained. I heard that in Gvat the festival is celebrated in all its glory. I decided to go along and see how this festival, which does not appear in the Torah, is celebrated- perhaps I would be convinced that it’s worth it.”

“It was May 1, 1932. I took the flock out to pasture near Gvat. While the herd ate, I went to Gvat’s dining hall above which the red flag flew. I stood at the entrance and heard fervent singing coming from within: ‘Our Father, our King, be gracious to us and answer us, for we have no deeds.’ I said to myself, ‘OK, I am prepared to celebrate this kind of festival … that is how I began to celebrate May 1st.’”

The source of the familiar melody remains a mystery, but it is certainly widely known. Special testimony which shows how the familiar melody is widely accepted appears in the Ben Stonehill Collection, a copy of which can be found in the National Sound Archive. Ben Stonehill, (1906-1964) a Jewish native of Poland who emigrated with his family to America at the beginning of the last century, took it upon himself to collect and document musical material from European Jewish folklore. Stonehill recorded over a thousand songs including popular songs in Yiddish, excerpts from prayers, Chassidic niggunim and more.

Many Holocaust survivors served as experts for this project, their voices bearing the musical memory of what had been. On the recordings, various survivors appear one after the other as if on a conveyor belt. They are each asked to state their name, place of origin and age, and sing their song. In a recording from the summer of 1948, the voice of a young boy aged 16, a survivor of the horrors of the war who managed to reach New York is featured. It was there, in the Marseilles Hotel in Manhattan, that Stonehill recorded him. “Eir naman? (Your name?),” the boy was asked, “Un vy alt bistu? (And how old are you?). The boy replied, “Zachtzen” (sixteen).” “Un vat vestu zingen?” (And what are you going to sing?) – “Avinu Malkeinu.” Here the boy’s voice can be heard singing the well-known tune. The words fit into the melody slightly differently than we are used to today, but the tune is the same tune.

These words too received their own melody. One of the most famous tunes is the one attributed to Rabbi Shneur Zalman of Liadi (1745-1813), known as the “Ba’al HaTanya” or the “Alter Rebbe” by followers of the Chabad movement which he established. In addition to being a great Torah scholar, he was known to have many talents, including a special musical talent. Chabad tradition attributes ten “Niggunim Mechuvanim” [Precise Melodies] to Rabbi Shneur Zalman.

As the book, “Sefer HaNiggunim,” (a unique anthology which complies many of the Hassidic tunes) attests, the tune to ‘Avinu Malkeinu’ is one of these ten songs. The melody has three parts: an opening phase without words, a middle phase with the words of the prayer, and a closing phase – also consisting only of a tune. The entire congregation sings the niggun immediately after the Ark is opened before the Cantor begins reciting the prayer.

In a clip recorded during a Hassidic “Hitva’adut” thirty years ago, the voice of  Rabbi Menachem Mendel Schneersohn, the seventh Rebbe of Chabad, can be heard singing the niggun. The recording begins with the second phase of the melody, which includes the words of the prayer in the Rebbe’s voice. The Chassidim then join in the song. Following that, the other two sections are heard, the end section and the opening section.

In a recording from the collection of Shmuel Zalmanov, who was also appointed as editor of “Sefer HaNiggunim” by the Sixth Rebbe of Chabad, Rabbi Yosef Yitzchak Schneersohn, the voice of one of the Chassidim – probably Zalman himself – can be heard over the introduction announcing “Avinu Malkeinu – Einer fun di tzan niggunim fun di alten Rabbin” (One of the Alter Rebbe’s ten niggunim).

This is followed by the introductory section without words, after which the second part of the niggun is heard (sung like the version which appears in “Sefer HaNiggunim,” slightly different to that sung today) and finally, the concluding section is sung.

Another familiar melody of the ‘Avinu Malkeinu’ prayer is that of the musician, composer, conductor and arranger Max Janowski (1912-1991). Janowski was the son of the musician Chaim Chaikel Janowski, a wealthy merchant, musician and cello player, and of Miriam Rap-Janowska – the “prima donna of Israeli opera.” In Professor Schleifer’s words, Janowski was “the king of synagogue music in Chicago, primarily among the Reform and Conservative, but also in the Orthodox congregations. Janowski used the Reform text of the ‘Avinu Malkeinu’ prayer for Rosh Hashana, which contains only selected verses from the traditional prayer, and wrote a work for a soloist, a mixed choir and an organ, in a style considered innovative in the Reform Temples that, at the time, were still singing the repertoire of 19th century German synagogues. In contrast, in this work, as in other works he wrote at this time, Janowski combined a style taken from Eastern European Cantorial music with elements borrowed from professional and grassroots Israeli music.”

The concept behind the work is, “intimate and not extroverted song.” Schleifer notes that Janowski told him personally that he wanted the singing to be calculated- not with a free beat, but dictated by the beat of the organ which accompanies it. ‘He wanted the organ to mark his heartbeats…’

The work ends with the words “Hear our voices,” and the choir’s role gives the effect of an echo. It seems that his main public exposure came from this melody in the famous performance of the singer Barbara Streisand, in which the song was arranged differently than the original. An early publication of the work from 1950 is found in the Yaakov Michael Collection “for solo, mixed choir, organ or piano.”

May all the requests and prayers be accepted, as the prayer says – “Our Father our King, inaugurate a good year upon us.”