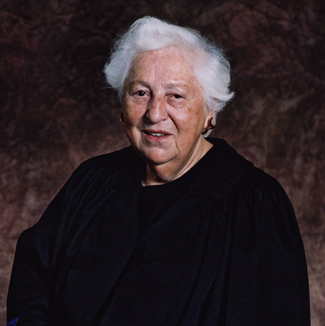 Educator, feminist activist, social advocate and professor emerita of English literature, Alice Shalvi was born in Essen, Germany, in 1926. In 1934, together with her family, she emigrated to England, where she received her education, graduating from the University of Cambridge in 1947 and from the London School of Economics in 1949. In November 1949 she emigrated to Israel, where she taught in the Department of English at the Hebrew University of Jerusalem from January 1950 until October 1990, receiving her Ph.D. in 1962. During this period she held various administrative positions at the university and was seconded to establish the Department of English at the fledgling University Institute in Be’er Sheva, now the Ben Gurion University of the Negev. She served in the latter capacity from 1969-1973. From 1975-1990 she served in a voluntary capacity as principal of Pelech, a unique progressive high school for religious girls in Jerusalem. From 1984 to 2000 she was the founding chairwoman of the Israel Women’s Network, an organization dedicated to advancing the status of women in Israel, which became Israel’s major advocacy group on women’s issues. From 1997-2001 Alice Shalvi served as rector of the Schechter Institute of Jewish Studies, a graduate school initially affiliated with the Jewish Theological Seminary of America. She has been an active and leading figure in a variety of social movements, peace and inter-religious dialogues and feminist activities, in both establishment and non-governmental frameworks. She is the recipient of numerous awards, including honorary degrees from a number of institutions of higher education such as Brown University, the Weizmann Institute of Science, Hebrew Union College Jewish Institute of Religion, the Jewish Theological Seminary of America, and Ben Gurion University of the Negev. In 2007 she was awarded the Israel Prize for Lifetime Achievement. Her memoirs, Never a Native, were published in September 2018 and she is currently attempting to find time in what continues to be an over-busy schedule to continue writing. She enjoys music, her garden and her growing family, which now includes seventeen grandchildren and twenty great-grandchildren. 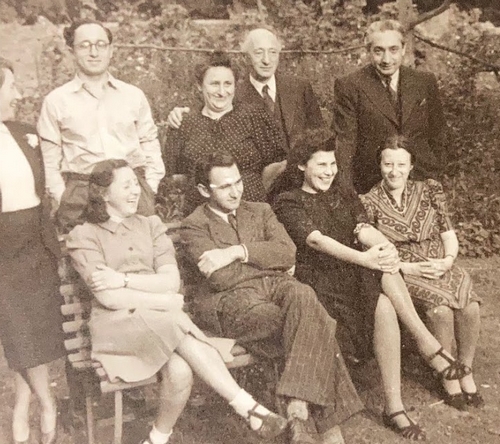 “Different Nights”: Alice Shalvi Recounts Passover During & After the War